Karen Coburn founded Cutter Information Corp. in 1986. She leads Cutter's strategic vision and growth initiatives and directs Cutter's global sales activity. Karen has 35 years of experience in the information and publishing business. She is a past President, Officer, and Board member of the International Newsletter and Electronic Publishers Association. Prior to starting Cutter she worked at Cahners Publishing Company for eight years, helping to develop Cahners Newsletter Center and serving as its Director. Karen holds an A.B. from Harvard University.

Paul Bergeron is responsible for Cutter's finance and operations. From 1986 until 1998, Paul served as Cutter's Marketing Director. He has over 29 years' experience in the information and publishing industries and is a past president of the New England Newsletter Association. Paul has been with Cutter since its founding in 1986. Prior to that, Paul worked with Karen Coburn for four years at Cahners Publishing Company as Marketing Director. Paul has a B.A. from the University of Massachusetts and a Certificate in Management in Finance from Harvard University.

Anne Mullaney oversees Cutter's marketing and product development activities and in-house editorial/research teams. She has more than 25 years of experience in the high-tech publishing business. Prior to joining Cutter Information, Anne was the Director of Marketing for Technique Magazine, where she was responsible for developing subscription acquisition and renewal programs, as well as marketing programs and collateral to support advertising sales efforts. Anne has a B.S. in Marketing from Penn State University.

Cuitláhuac Osorio Ayllón joined Cutter Consortium in 2004 to manage Cutter throughout Latin America. He has worked significant projects assisting Cutter clients throughout the region. Before joining Cutter, Mr. Osorio worked in the IT consulting industry for more than a decade helping organizations put their IT strategy in place. Mr. Osorio is also a part-time professor at ITESM-CSF where he teaches courses on management and innovation of new business models, and technology in business. Cuitláhuac has a Master's degree in IT management and a degree in computer science engineering from the Instituto Tecnologico y de Estudios Superiores de Monterrey (ITESM, Mexico). He completed the Top Management Program at ITAM, Mexico and completed the full credits for the Master's in Political Science at Mexico's National University (UNAM).

Dr. Robert D. Austin is a professor of IT management at the Richard Ivey School of Business (Canada). Prior to his appointment at Ivey, he was Professor of Management of Innovation and Digital Transformation at Copenhagen Business School. From 2011-2013, he was Dean of the Faculty of Business Administration at the University of New Brunswick at Fredericton, Canada. He has also served as CEO of the CBS-SIMI Executive Foundation (now called CBS Executive), a top provider of non-degree executive education in northern Europe. For many years, Dr. Austin served as Chair of Harvard Business School’s executive program for CIOs and is a former HBS Professor in economics, financial reporting, IT, and operations management for MBAs and executives. In addition, he serves on the advisory boards of several IT industry firms and advises major corporations worldwide. Before joining HBS, he was a technology manager at the Ford Motor Company.

From 2003-2008, Prof. Nolan served as the Philip M. Condit endowed Chair in Business Administration at the Foster School of Business of the University of Washington (UW), where he researched a set of workable management principles for the information economy. Prior to joining UW, Dr. Nolan was the William Barclay Harding Professor of Management of Technology at Harvard Business School. He is currently Professor Emeritus at both Harvard University and UW. 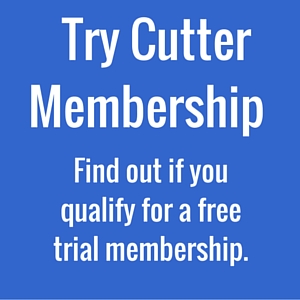 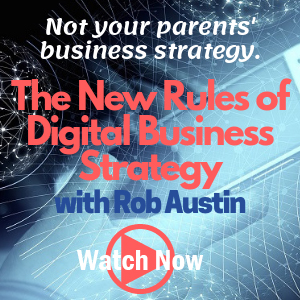