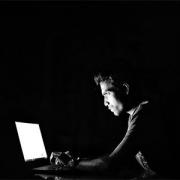 Cybersecurity urgently needs attention from businesses and government, according to Cutter Consortium Senior Consultant Paul Clermont. He highlights how several colliding trends — complexity, AI, and inter-connectedness — are compounding long-standing risks. Clermont discusses the tactics necessary to address them but cautions that “compounding the difficulty of these tasks is the need to be able to execute algorithms and procedures in nanoseconds — a tall order that should inspire a bit of conservatism about how much functionality and connectivity we might want versus what we truly need.”

Over the past few years, I have avoided predicting specific technological innovations, focusing instead on issues around privacy and security and the evolving perceptions of technology and big tech in the public sphere. I believed these issues would become increasingly critical in the emerging era of artificial intelligence (AI). They have. One prominent effect has been the speed with which tech’s long honeymoon with the public has come to a sobering end, with lots of tough questions from governments and pundits that have not been very well answered by industry leaders.

It’s hard to imagine 2020 not intensifying this trend, with almost every large tech company and even some lesser ones in the crosshairs of one or another government agency in both the US and the European Union (EU). Indeed, in the US, the notion of reining in big tech looms large in some political campaigns. The form that “reining in” may take is still hazy; is it merely about size? About scope of activities? About the appropri­ateness and societal value (or lack thereof) of some extraordinary profitable business models? We don’t know. Europe is taking the lead, but the actions of the US (or lack thereof) will be critical.

I’ll skip the obvious about the rapid progress in AI and the fears that it will continue to engender. Most of the threats — like the loss of jobs and privacy, the “surveillance state,” intentionally or unintentionally biased algorithms entrusted with too much power over our lives, and, not least, the ability to microtarget lies and disinformation that have already cast shadows over elections — are not going away. Dealing with these justified fears requires attention from the best and brightest; not just technical people but the full range of social scientists: sociologists, political scientists, economists, psychologists, educators, and so on. We should expect 2020 to bring at least a bit of progress in this area.

However, there is, in my opinion, one dragon that can be slain: the fear of imminent artificial general intelligence (AGI) — capabilities pretty much like human intelligence, which of course we really don’t understand — lurking just around the corner1 and then morphing rapidly into artificial superintelligence that could, like HAL in Stanley Kubrick’s 2001: A Space Odyssey, decide that some or all of us humans are expendable. We need to note that it took 54 years for a computer to go from mastering checkers to mastering Go, even though the games differ only in scale and complexity. Both games offer the advantages of 100% available information and unambiguous goals and rules (just like real life, eh?) — so any worry about the quantum leap to AGI is a counterproductive distraction from the very real threats mentioned above.

One concern that businesses and governments need to address with much more urgency (and we hope they will do so in 2020) is cybersecurity. Attacks can come from hostile governments, criminals, and mischief-makers. Their targets can be companies, governments at all levels, and critical infrastructure. Several trends are colliding in a way that compounds long-standing risks:

It will take some very clever technical work to address these issues; the required disciplines and techniques need as much or more priority than basic testing, which assumes that spurious input is simply inadvertent rather than deliberately designed by very smart people to create problems. We need to give priority to:

Compounding the difficulty of these tasks is the need to be able to execute algorithms and procedures in nanoseconds — a tall order that should inspire a bit of conservatism about how much functionality and connectivity we might want versus what we truly need.

A piece of possibly encouraging news, if much more interconnectedness is inevitable, is that Apple, Amazon, and Google have agreed to join other companies to set up a working group that will (they hope) agree on a set of standards for Internet-connected home products in order to make them compatible with each other and ensure a certain level of security.3 Let’s hope for more such news in 2020.

On the discouraging side, a recent op-ed column by Josephine Wolff, a Tufts University Fletcher School professor of cybersecurity policy, catalogued the wholesale departure of US government experts concentrating on election security.4

As ever, a mixed bag.

1I recently read a report from a scholarly symposium that blithely assumed AGI would arrive in the 2030s; see: Casey, Kevin. “5 AI Fears and How to Address Them.” The Enterprisers Project, 30 September 2019.

Paul Clermont
Paul Clermont is a Senior Consultant with Cutter Consortium's Business Technology & Digital Transformation Strategies practice. He has been a consultant in IT strategy, governance, and management for 30 years. His clients have been primarily in the financial and manufacturing industries, as well as the US government. Mr. Clermont takes a clear, practical view of how information technology can transform organizations and what it takes to… Read More
More Articles Like This
US Regulators Will Again Fail Technology in 2020
AI-Powered Cybersecurity: The Need of the Hour
The Rich World of Unintended Consequences
Autonomous Systems: How Can They Help with COVID-19?
The Benefits of AI for Cybersecurity
New Research