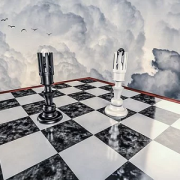 Leaders know that making effective but fast decisions is challenging under the best of circumstances. It is even more difficult when the problems are unfamiliar, the stakes are high, there is an absence of relevant information, and especially if there is a perception that decisions are irreversible. So when a crisis, such as the COVID-19 pandemic, arises at overwhelming speed and on a global scale, the situation can seem almost impossible for leaders who are ill-equipped to deal with its sheer unpredictability and who face no-win situations where the path that best serves the common good does not exist. This pandemic is a “landscape scale” crisis — an unexpected event of enormous scale and overwhelming speed, resulting in a high degree of uncertainty that gives rise to disorientation, a feeling of lost control, and strong emotional disturbance. Not only is there uncertainty in the behavior of the virus (e.g., in terms of how it can be transmitted) but also of the people affected (e.g., in how people react to social distancing directives).

The situation is further exacerbated by the fact that decision makers are struggling to maintain an objective and evidence-based view of what is a human tragedy affecting the health, finances, and mobility of loved ones. It is increasingly possible that our lives will be defined by a fundamental schism between before and after COVID-19. In the future, we may well refer to what life was like before and after the pandemic. For this Advisor, we analyzed reports from around the globe to point to some dramatic changes in how leaders are making decisions to respond to the crisis. We expect that some of these changes are likely to become part of the “next normal” for decision making in complex environments.

The biggest issue (with partial hindsight) has been the slowness of most leaders to escape cognitive biases in recognizing that a crisis was imminent and in the speed and scale of response to that crisis. A reluctance to act until “all the facts are in” is common in fallacies, such as the normalcy bias, optimism bias, ostrich effect, and continuation bias. The ostrich effect is the tendency to ignore an obvious (negative) situation. The optimum bias is the tendency to be overoptimistic by greatly underestimating the probability of undesirable outcomes and overestimating favorable and pleasing outcomes. The normalcy bias is the refusal to plan for, or react to, a disaster that has not happened before.

A crisis is not the same as a routine emergency. A routine emergency can be responded to by following pre-laid plans drawn up in advance of the situation. On the other hand, a crisis of the kind triggered by COVID-19 is defined by unfamiliarity and uncertainty, where effective responses must be largely improvised. Finally, the continuation bias is the failure to recognize that the original plan of action is no longer appropriate in a changing situation or in a situation that is different to that anticipated.

An improvised response requires a mindset that is very different to that usually encountered in organizations. At the governmental level, there is often a refusal to adopt the experimental approach that might lead to a faster response and instead to default to following the advice of designated expert groupings, who in turn follow routinized procedures for generating their advice. However, Dr. Michael Ryan, who leads the response of the World Health Organisation (WHO) to the COVID-19 pandemic, explained what he has learned about a crisis mindset from fighting serious pandemics and infectious diseases (such as Ebola outbreaks):

These calls are the antithesis of “business as usual” and go against what is being taught in MBA programs at the top business schools. However, they ring true when one considers the research carried out by Herbert Simon on managerial decision making for which he received the Nobel Prize in 1978. Simon proposed that decision makers can never be truly rational and he concluded that “satisficing,” a neologism derived from satisfying and suffice, is the best course of action for managers in an uncertain world. His work on the uncertain nature of the world is very insightful and has not aged a day. If anything, it seems visionary.

Unprecedented crises demand unprecedented actions (see sidebar for an example). What is necessary is to take big, bold, and rapid actions that would feel too risky in normal times. It is important to get out “in front” of the threat. This crisis therefore demands a new type of leadership that embraces the practice of effectual reasoning identified by Professor Saras Sarasvathy (a doctoral student of Simon) as well as the courage to make decisions that may not receive much support initially.

PSA Groupe is better known under its lead brands, Peugeot and Citroen. As a carmaker, PSA is one of those organizations that has been hit hard by the pandemic. With car sales breaking new all-time lows, the group has had to close its factories and, notably, its enormous site in Poissy (Ile de France). But within days of closing its operations, engineers built a new factory on the existing site to mass produce medical respirators under the Osiris brand, which up to then were produced in small numbers. Within days, the 20x50-meter facility was in action, initially producing 80 units per day, and ramping up to 400 per day within the first month in operation. The knowledge transfer from the mass production of cars on a highly efficient assembly line to the production of the life-saving apparatus has been swift and the workers — all volunteers — are very proud of their achievements, despite drastic working conditions, hourly hand cleaning, and constraining protective clothing and masks. Of course, this is all temporary, but it shows the speed with which radical changes can be implemented, even in very large organizations.

Adept improvisers do not start out with concrete goals but instead start with a general sense of direction and use effectual reasoning to constantly assess how they can utilize the resources at hand to respond to what is happening in their environments. Sarasvathy has found this type of reasoning to be characteristic of successful entrepreneurs but not of successful corporate executives, who instead tend to use causal reasoning. Sarasvathy explains the difference by providing an example. If you are cooking causally, you first determine the dish you want to cook and then buy or collect all of the ingredients. If you are cooking effectually, you look at what is available in your kitchen and determine what you can make with it. So, effectual reasoning, unlike causal reasoning, does not begin with a preconceived view of the future. Instead, “it begins with a given set of means and allows goals to emerge contingently over time from the varied imagination and diverse aspirations” of stakeholders.

What we are seeing in this crisis is the emergence of improvization whereby plans are being made, unmade, and revised almost on a daily basis. Surprises are the norm. In this crisis, decision makers must learn to cope with uncertainty and resist the temptation of waiting too long for information before making decisions. This temptation is called postponement, and it is quite common in today’s corporate world where, in the face of uncertainty, decisions are delayed until most of the uncertainty has dissipated. But what works for everyday corporate decision making does not work in times of crisis.

Paidi O'Raghallaigh
Paidi O'Raghallaigh is an innovation consultant, a member of the global lecturing panel at the Irish Management Institute, and an Adjunct Professor in innovation at University College Cork (UCC), Ireland. He has more than 25 years’ experience working on innovation and research projects across a range of industries, including healthcare. He has been published in leading academic and practitioner journals. Previously, Dr. O’Raghallaigh was… Read More

Frederic Adam
Frederic Adam is Full Professor of Management Information Systems in the Department of Business Information Systems at University College Cork (UCC), Ireland. His research interests focus on decision support systems both in business and the medical field, where he has led several projects aimed at developing decision support artifacts for clinicians. Prof. Adam’s research has appeared in highly ranked scientific journals and books, he regularly… Read More
More Articles Like This
Decision Making at Agile Organizations: Balancing Self-Organization with Management Control
Fast Feedback Processes, Measurable Outcomes, and Empowerment: Lessons from COVID-19
Transitions to Remote Everything with COVID-19
Decision Planning
Managing Remote Workers in the Time of Coronavirus