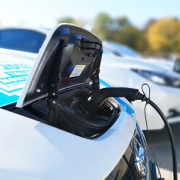 The “Age of Electric Vehicles” is finally upon us. Interest in electric vehicles (EVs) is at an all-time high. Surveys indicate that more than half of interested car buyers globally are seriously considering purchasing a battery electric (BEV), plug-in hybrid electric (PHEV), or hybrid electric (HEV) as their next vehicle. Even in the US, where the appeal of owning EVs has been lukewarm at best, interest in buying an electric-only vehicle has more than tripled, rising from 4% in 2020 to 14% in 2022.

One obvious reason is the belief that recent elevated gasoline prices represent a long-term norm. Perhaps more motivating is the fact that automakers other than Tesla are beginning to deliver zero- or near-zero-emission vehicles that offer compelling performance outside the luxury, high-performance sports car market. Ford Motor Company’s BEV version of its F-150 pickup truck that began delivery this May is a case in point. Priced similarly to its F-150 internal combustion engine (ICE) version, the best-selling pickup in the US for 40 years, the F-150 Lightning represents a solidly mainstream customer offering. Ford quickly sold out its initial production run of 200,000 and now plans to produce at least 150,000 Lightnings annually by 2024.

A tidal wave of new EV models will soon be hitting the market, offering consumers a wide range of choices. At least 30 legacy automakers along with EV startups have committed more than US $500 billion over the next decade to building new EV and battery factories for millions of new vehicles. By 2025, around 100 new BEV and PHEV models spanning all automotive market segments will be available for sale in the US, along with scores of HEV models. Hundreds of EV models will be introduced by 2030, along with an increasing number of hydrogen fuel cell vehicle (FCV) models.

With so many EV models becoming available, and ICE vehicles still preferred over EVs, the question is whether the market can support them all. EVs have much slimmer profit margins than their ICE counterparts, making low-volume EV production runs unprofitable. Attaining production efficiencies and large-volume sales are critically important for an EV model’s survivability. With EV sales in 2025 projected to be around 3.2 million for BEVs and PHEVs in the US and about six times larger in the rest of the world, clearly not every EV model introduced will be a winner.

Ford CEO Jim Farley says that given the immense capital investment needed to produce EVs, the ever-increasing costs of the basic materials required, and the need for a return on the massive investments being made, he expects a major consolidation of legacy automakers in the next few years. “The old OEMs [original equipment manufacturers] absolutely will get consolidated,” he says. “There’ll be some big winners. Some people who transition, some won’t.” Farley expects many auto suppliers and EV-only start-ups to begin falling by the wayside as well, as they have no ICE vehicle revenue to fall back on if their offerings stumble.

Some of what Farley predicted is already occurring. In the first quarter of 2022, 35 deals involving $6.4 billion in US automotive supplier-related M&As were announced. In June of this year, EV startup Electric Last Mile Solutions declared bankruptcy because it could not secure the investment needed to complete production of its preorder for 45,000 EV delivery vans. Last year, the EV startup was valued at over $1.4 billion. Another startup, Canoo, itself valued at $2.4 billion in 2020, says it is barely holding on. How many of the more than 80 EV startups will survive to 2025 is an open question. However, each one that fails undercuts future investment support for the remainder that manage to carry on.

Even Ford is experiencing EV-related punishment. Introduced in late 2020, its electric Mustang Mach-E is no longer profitable because of the rising costs of raw materials, even after Ford raised its price. Paradoxically, it has become a highly popular model, forcing Ford to use it as an unintended EV loss leader. Other EV makers have had to raise their prices, too, to protect profitability.

The effect of EV price increases on customer interest is uncertain. Current US EV buyers are generally more affluent than average American wage earners, but for EVs to evolve into a mass-market purchase, they’ll need to be priced below the average EV price tag of $65,000 and closer to the ICE vehicle average of $46,500. Even with high petrol prices, ICE vehicles are still more affordable to a larger and more diverse demographic of car buyers than EVs.

Inflation is only one of the many risks and uncertainties legacy and emerging automakers making the transition to EVs face. The effects on the auto supply chain from the ongoing computer chip shortage and the Ukraine conflict are two in a long list that characterizes a dynamic and highly competitive EV risk environment. Making it even more fraught is that many of the risks, like the ability of the electric grid to support EV charging, are outside the direct control of the auto industry.

Winning, or more likely, not losing, in this complex risk ecology will require an automaker to survive the flood tide of EV introductions over the next three years and stay alive until the EV market becomes more predictable — likely around 2030.

[For more from the author on this topic, see: “Winning & Losing in Emerging EV Wars.”]

Image source from BIXUSAS on Pixabay

Robert Charette
Robert N. Charette is a Cutter Fellow and a member of Arthur D. Little’s AMP open consulting network. He is also President of ITABHI Corporation and Managing Director of the Decision Empowerment Institute. With over 40 years’ experience in a wide variety of technology and management positions, Dr. Charette is recognized as an international authority and pioneer regarding IT and systems risk management. Along with being a Contributing Editor to… Read More
More Articles Like This
Complexity's Rising Tide
Complexity's Rising Tide
Leading with Intent, Surviving the EV Market Surge, more!
Achieving Measurable Value: Using EV+2 to Evaluate IT Investments
Achieving Measurable Value: Using EV+2 to Evaluate IT Investments