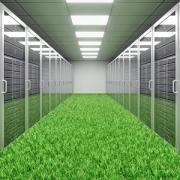 This Advisor discusses how to limit the negative impacts of artificial intelligence (AI) adoption by using concepts from new economic systems such as regenerative capitalism and doughnut economics.

Regenerative capitalism, a phrase coined by John Fullerton, refers to business practices that restore and build instead of exploiting and destroying. It is insufficient to stop exploiting and destroying our habitat — we must regenerate what is lost. In the context of environmental sustainability, this means looking beyond achieving net-zero emissions to having a net-positive impact.

Doughnut economics discourages endless GDP growth. It views the economy as connected systems embedded within the larger society such that focusing on individ­ual units or actors is not the best approach. Instead, cooperation and altruism are essential to ensure there is no shortfall in the social foundation and no pressure against the ecological ceiling.

Effectively managing AI’s carbon footprint would require a shift to a system like regenerative capitalism or doughnut economics that does not emphasize continuous growth or increased consumption.

However, the novel opportunities AI offers society make it difficult for many to accept the idea that data consumption related to AI must be managed. For example, data access and sharing create economic opportunities by enabling everyone to produce their own content and leverage a variety of platforms to access new markets.

The framework shown in Figure 1 acknowledges the benefits of data to various sections of society and presents ways to bring about necessary systemic changes. The three pillars of the framework target the consequences of data centers (first R), data production (second R), and data consumption (third R).

The first pillar, regeneration, is grounded in the premise that economic activities should not destroy nature. In the context of data centers for AI, this means complementing existing initiatives like renewable energy or energy-efficient data centers with those focused on regeneration.

For instance, regardless of the type of energy used by data centers or their energy-efficiency level, they generate heat. Companies can capture this heat and use it to, for example, fuel an in-house greenhouse to grow vegetation. Studies by Béla Waldhauser and others provide guidance on these types of projects. Lately, companies including Facebook have set up data centers in cold locations, where heat recovery and subsequent use for greenhouse farming can help increase food production, contributing to food security.

By viewing data center heat generation and its subse­quent use in a greenhouse as interconnected compo­nents, companies can bring a systems perspective to their operations. This approach leads to locating data centers in a natural environment that can benefit from the consequences of their use.

The second pillar is rationalization, which includes the idea of “create to regenerate” and “embedded economy.” The latter conceptualizes economy as embedded in the flow of energy and materials. In a data context, this translates into rationalizing the development of data-intensive products.

Traditionally, companies are always scouting for new product ideas and data; rarely are their associated carbon footprints explicitly considered. Instead, companies could critically examine the market for their AI products and their intended use. They could consider sacrificing products intended solely for entertainment in favor of data-intensive products that serve a larger social purpose or address a societal problem and complement its development with the use of renewable energy or energy-efficient data centers. Companies can follow the regeneration pillar to compensate for the product’s carbon footprint.

Some might point out that not every product can serve a larger purpose and that entertainment is not void of purpose. This is a valid point, and companies can address this by comparing the purpose served by various products and prioritizing those with the maximum potential (directly or indirectly) to serve a larger purpose. Companies can involve their various stakeholders in making such comparisons.

Companies can also aim their resources at developing environmentally friendly processes for developing data-intensive products and services. Again, such an approach would connect data centers, data users/consumers, energy generation, and associated manu­facturing, allowing companies to view themselves not as an isolated entity but as constituents of a system. This realization could help them be more environ­mentally responsible while making AI greener and more sustainable.

The third pillar emphasizes that companies must be more socially responsible, finding creative ways to reduce their product-related carbon footprint (other than technical solutions, such as using renewable energy or improving energy efficiency). Companies can leverage their consumers in this endeavor. This approach is based on viewing things from a systems perspective and the idea of viewing humans as social and adaptable.

As AI and digitization grow more important to lives, we are increasingly consuming and creating data through interactions with various applications and chatbots. However, even as humans continue to consume data, they seek an escape from continuous data consumption. Companies thus have an oppor­tunity to play a role by increasing consumer awareness of how data-intensive products and services influence consumers’ lives.

For instance, gaming companies can make gamers aware of the potential adverse mental and social impacts of excessive online gaming. Companies could explore various online features to help curb such behavior. This may sound like a counterintuitive thing for a gaming company to focus on, but positioning a company as socially responsible is a powerful tool. This position incorporates the idea of mindful consumption, thus complementing mindful production (see second R, above). The connection between mindful consumption and mindful production allows companies to take a systems perspective, eventually leading to optimization of data consumption. Companies can then leverage the 3Rs to effectively manage their data centers’ carbon footprint.

The 3R framework presents an alternate system grounded in regenerative capitalism and doughnut economics as a way to reduce the carbon footprint of data. Together, the three pillars convey the message that existing initiatives like renewable energy use and improvement in energy efficiency will be inadequate if we continue to emphasize consumption in general and data consumption in particular. In such a system, data infrastructure would not be able to green itself, and goals such as net-zero and net-carbon-positive would be difficult to achieve. It’s clear that continuing our existing system is not a realistic approach and that a system and mindset change is the best way to effectively tackle the environmental sustainability challenges we face.

[For more from the authors on this topic, see: “Greening Data Management for AI.”]

Thompson S.H. Teo
Thompson S.H. Teo is Professor in the Department of Analytics and Operations at National University of Singapore Business School. His research interests include the adoption of IT, strategic IT planning, electronic government, knowledge management, and sustainability. Dr. Teo has published more than 250 papers in international journals and conferences. He has served as Senior Associate Editor for European Journal of Information Systems, Regional… Read More
More Articles Like This
Investing in Our Planet, Reducing Our Carbon Footprint with Advanced Technologies, more!
CEMS: Toward a Smaller Carbon Footprint
Analytics by the Footprint
Reducing IT Overload
AI’s Potential Impact on CX 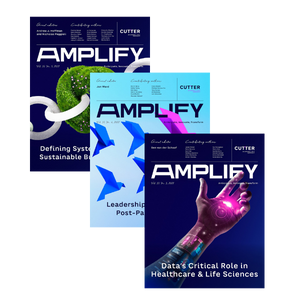