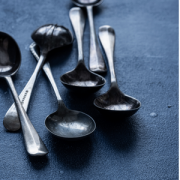 High winds and waves are coming at us from every direction at once. But we still have to sail our boats. It’s just different and harder. More decisions are required, even as the bases for making them can shift in a moment, meaning we need flexibility and nimbleness as never before. We need leaders with more than just knowledge, insight, and skills; they need the temperament to remain calm and collected as they apply analysis and judgment to high-stakes decisions. This Advisor reviews the ingredients of good decisions and explores how decision making can go wrong.

The objective of any decision in times placid or turbulent is to achieve the best possible outcome based on what we can reasonably be expected to have known and understood at the time we made the decision. Getting to a good decision requires a mix of science and art with a touch of alchemy. Let’s deal with the science part first:

These ingredients are necessary but not sufficient for good decision making, and this is where art gets into the mix. Emotions matter, our own and those of others. There’s a reason Captain Kirk was in charge of the Enterprise rather than Mr. Spock. Some art ingredients to consider:

Decision making in practice is not just about doing things right, it’s about avoiding common ways of going wrong. The following are typical pitfalls:

Unfortunately, an optimally made decision is not enough to guarantee a good outcome, especially when times get turbulent. There’s also luck. Some well-made decisions inevitably prove wrong for reasons that could not have been anticipated, and some badly made ones back their way into fortuitous success. Both present “teachable moments” if we let them. More often, we punish those responsible for well-made decisions that don’t pan out and reward the alchemists lucky enough to have gold paint spill on their lead.

[For more from the author on this topic, see: Navigating Business Through Turbulent Waters.]