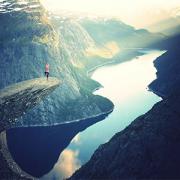 We believe that Julius Caesar’s crossing of the Rubicon is a useful metaphor in describing the challenge of rolling out an innovation that fundamentally changes the way an organization works. An important (and often fancy) transformational concept successfully tried on a small scale, in some kind of sandbox environment, is to be implemented through a large-scale change effort, engaging many new stakeholders. Achieving truly transform­ative changes means reevaluating skills as well as shifts in priorities, resources, and power.

Borys Stokalski
Borys Stokalski, a Cutter Consortium Senior Consultant and partner in the digital business design studio RETHINK, is a seasoned advisor, manager, and investor with over 25 years of experience in building and managing one of the leading consulting and IT solution implementation companies on the Polish market, recently acquired by a European Top 10 software integrator. Today, Mr. Stokalski remains an active advisor and investor focusing on the… Read More

Aleksander Solecki
Aleksander Solecki is a partner in the digital business design studio RETHINK, where he develops digital transformation skills in the areas of Agile and innovation. He is an experienced consultant, Agile coach, manager, and entetpreneur. For last 17 years, Mr. Solecki has been using Agile approaches in practice, supporting the transformation of Polish enterprises. He can be reached at aleksander.solecki@r3think.pl.
Not a member? Gain Access to the Cutter Experts today — register now to read select open-access articles.
Member/Guest login Forgot your password?
New Research