The 3 Pillars of Digital Architecture 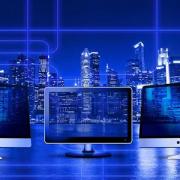 Architecture should play a key role in creating the strategy for a digital business. But strategy alone is not enough. As organizational theorist Jeanne Ross notes:

A great strategy is valuable only if a company is capable of executing that strategy. And whether or not a company can execute its strategy depends largely on whether it is designed to do so. In other words, it depends on business architecture — the way a company’s people, processes, systems, and data interact to deliver goods and services to customers.

As we know, external change is happening at an exponential rate. This changes the speed of execution from a useful to a critical success factor. If companies aren’t readying themselves and getting their business architecture right today, they increase the chance of becoming irrelevant tomorrow.

Companies slow to change have always been at a dis­advantage. My first-person experience of this comes from my time working at a small telecoms com­pany in Ireland in the 1990s, leading a team of three. At that time, telecoms consumers began to ask for additional content, such as recommended listings, sports scores, and local weather. Providing this content meant that operators could charge more and increase revenue.

We spent five months building a new workstation platform that offered these new services and then flew to Nortel in Rochester, New York, USA, hoping to sell it. It turned out that a team of 50 people in Nortel had been working for two years to build the same platform and were nowhere near completion when we showed up. The key difference was that Nortel’s organizational structure slowed them down, while ours allowed us to move as fast as we could.

In the end, Nortel took so long in deciding whether to buy our software, we approached a telco directly and won the deal ourselves, in effect becoming a competitor. The world outside started to move faster than the world inside, but Nortel didn’t notice until it was too late, contributing to the downfall of this once great institution.

Today, companies must reorganize quickly so that they can move faster, keep up with the external rates of change, and avoid becoming the new Nortel. Optimizing for speed means shortening the time from idea to implementation — from lightbulb to lights on.

2. Decentralized Decisions: Power to the Teams

Hurricane Katrina hit the US in 2006 causing fatalities, lost homes, and devastation in many towns and cities, including New Orleans, Louisiana. The agency with overall responsibility for disaster management was the Federal Emergency Management Agency (FEMA). Most agencies tasked with providing relief, FEMA in particular, did not do so adequately. The top-down chain of command was mostly useless when those on the ground needed to make immediate decisions. People felt disempowered and stifled by bureaucracy.

One notable exception was Walmart. Walmart shipped almost 2,500 truckloads of merchandise and medication to New Orleans before FEMA even began any relief efforts and provided trucks and drivers to community orga­nizations. How was Walmart able to take action almost immediately after the hurricane when the government agencies responsible for providing relief took days (sometimes weeks) to get to affected areas?

A key reason is Walmart’s decentralized decision making. The company gives regional managers and store managers authority to make decisions based on local information and immediate needs. As Hurricane Katrina approached, Walmart CEO Lee Scott sent a message directly to his senior staff and told them to pass it down to regional, district, and store managers: “A lot of you are going to have to make decisions above your level. Make the best decision that you can with the information that’s available to you at the time, and, above all, do the right thing.”

On the ground, Walmart staff turned stores into emergency sleeping quarters, set up temporary police headquarters, and, in one case, ran a bulldozer through a store to collect undamaged supplies and give them to those in need. People could make life-saving decisions because they didn’t need to wait for permission. They already had permission as part of their job.

Today, in a world of accelerating change, companies must empower teams like Walmart does. To achieve this, decentralizing the decision-making process is vital, as it empowers individuals and reverses bureaucracy, which is toxic to innovation. As world-renowned business thinker Gary Hamel and his coauthor Michele Zanini note in Harvard Business Review, “Bureaucracy is the enemy of speed … bureaucracy is a significant drag on the pace of decision-making in their organization.”

Traditional technology governance resembles theater, where various stakeholders play parts in a process that makes the actors feel satisfied. The decided lack of applause from the enterprise is telling.

Governance committees decide centrally, causing delays in work and frustration to parties awaiting an outcome. They rarely have the same level of information as the team on the ground. Of course, the committees can request more details, but this only increases delays. Sometimes, they even assume knowledge and rule on matters in semi-ignorance, acting like an unaccountable early European monarchy.

The book Accelerate discusses highly sophisticated and complex technology projects. In considering the usefulness of a change advisory board (CAB) or central approval process, the authors found that:

External approvals were negatively correlated with lead time, deployment frequency, and restore time, and had no correlation with change fail rate. In short, approval by an external body (such as a manager or CAB) simply doesn’t work to increase the stability of production systems, measured by the time to restore service and change fail rate. However, it certainly slows things down. It is, in fact, worse than having no change approval process at all.

A central approval process is akin to a restaurant with only one waiter. The waiter can handle a small number of tables. As the company grows, the number of tables also grows. The order queue gets bigger and diners face a longer wait. Eventually, diners are upset, the food gets cold, the waiter is exhausted, and ultimately quits. We need instead to move to a buffet model, where diners can serve themselves, the food is hot, and a smiling waiter is on hand in case anything additional is needed.

Enterprises must move away from the old model of centralized decision making to a model of public self-governance. Away from monarchy and toward democracy, giving teams the knowledge and authority to make decisions in the open.

[For more from the author on this topic, see “Buffet-Style Architecture: The New World of Public Self-Governance.”]

Mark Greville
Mark Greville is VP of Architecture at Workhuman. He is obsessed with creativity, design, technology, and retaining his humanity. He is a Certified Information Technology Architect Professional (CITA-P); a member of the computer science advisory board at Maynooth University, Ireland; and a member of the BIS Practitioner Research Group at University College Cork, Ireland. Previously, Mr. Greville was Head of Global Risk Analytics EMEA (Europe,… Read More
More Articles Like This
The Cutter Edge: Is Blockchain Here to Stay?, 3 Digital Architecture Pillars, Digital Transformation
Toward Accelerated Value Delivery: 3 Pillars
Putting It Out There: Building a Model of Public Self-Governance
Got 20 Minutes? Discover 3 Roadblocks to Digital Business
Buffet-Style Architecture: The New World of Public Self-Governance
New Research 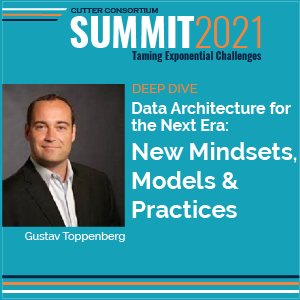