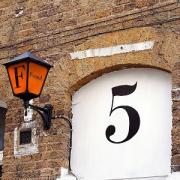 Self-direction doesn’t just happen because you adopt Scrum, Kanban, or another Agile variant. Or because you say “Agile” 20 times to your teams. It needs a fertile space to grow. It needs to be watered and fertilized. It needs an honest and open environment.

In far too many cases, this is simply not happening.

So, what are the elements of self-directed space? This Advisor explores five that come to mind.

[For more from the author on this topic, see "Creating Self-Directed Teams: It’s a Question of Space."]

Bob Galen
Bob Galen is Principal Agile Coach at RGCG, LLC, where he helps guide companies and teams in their pragmatic adoption and organizational shift toward Scrum and other Agile methods. He regularly speaks at international conferences and professional groups on a broad range of topics related to Agile software development. Mr. Galen is also the author of Agile Reflections, Scrum Product Ownership, and Three Pillars of Agile Quality and Testing. He… Read More
More Articles Like This
Creating Self-Directed Teams: It’s a Question of Space
Get Out of the Way: Building Space Through Trust in Agile Teams
Agile Team Tips: Identifying the Product Owner
Agile Team Tips: Maximizing the Value of Backlog Grooming
Seeking Self-Sustaining Change Through HR
New Research
Copyright © 2021 CUTTER CONSORTIUM  |   All Rights Reserved. Privacy Policy | Terms of Service