The Auto Industry: IT Needs to Check Its Engine Assumption Light 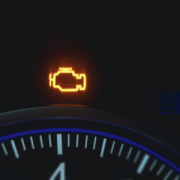 “A strategic inflection point is a time in the life of business when its fundamentals are about to change. That change can mean an opportunity to rise to new heights. But it may just as likely signal the beginning of the end.”

I have long written that assumptions made are risks accepted. Assumptions are the building blocks of how we see and understand the world. They are the things usually taken for granted, typically hidden or unstated, and are very influential in determining the direction of our decisions and actions. Assumptions are also, unfortunately, often deceptive, as we’ve seen recently in regards to the Great Texas Blackout and the initial rollout of the COVID-19 vaccines in the US. A good working definition of assumptions is this: An unstated belief that supports explicit reasoning.

Strategic inflection points and assumptions are obviously closely intertwined. When the fundamentals of an industry begin to change, it signals a change in the assumptions that underpin the industry’s long-held unstated beliefs. Often, the signals of change are paradoxical in nature.

The Horse Before the Cart

A fascinating example involved the predictions of the introduction of motorized tractors onto farms in the US during the late 1910s and early 1920s. The early 1910s saw an explosion in the number of companies developing farm tractors in the wake of the “horseless carriage” revolution that began a decade earlier. However, these tractors were bulky and expensive, and by many accounts of the time, few believed tractors would displace working draft horses and mules on the nation’s six million farms anytime soon.

Why? As told in a story in the January 1917 issue of Harper’s Monthly Magazine titled, “From ‘Horseless Carriage’ to Automobile,” even as more farm tractors were being offered for sale, the number of horses on farms was actually increasing. At first, this might be an indication of farmers’ rejection of the tractor. However, the writer perceptively pointed out that, “Paradoxically as it may seem, the faster the horse population increases the better for the general introduction of the motor-truck.” Buying and feeding horses was not cheap. Once the cost of tractors came down to about US $1,000, or the average annual operating and support costs of utilizing the average four draft horses or mules used on farms, it would “pay to substitute motors for muscles.”

In fact, the number of horses and mules did increase on US farms until 1920, when the number began to decline. Once tractor prices fell to about $1,000 — which John Deere accomplished by the mid-1920s — horse and mule ownership rapidly declined. Another factor in the decline was that tractors allowed more acreage to be worked, which raised farm income and allowed even more technology to be introduced into farming. A virtuous circle was thus created. However, it also caused an unintended consequence.

The farms that could afford or benefit from tractors first were the larger ones. By becoming more efficient and profitable, those farms also placed financial pressure on smaller ones because they could sell crops at a cheaper price. Over time, smaller farms ended up selling out to larger ones, and eventually agribusinesses, because they could not compete. For these smaller farmers, the technology created a vicious cycle. A strategic inflection point was reached for farmers when motors became cheaper than muscles, but it took decades for that point to be understood completely.

The automotive industry seems to be reaching a similar strategic inflection point with electric vehicles (EVs). After decades of building EVs that no one would buy, the industry has collectively committed over $300 billion toward introducing scores of EVs, ranging from hybrids to plug-in battery vehicles, by 2025. The large investment commitment has been in large measure a response to governments around the world setting ever more stringent emission targets as well as deciding that new internal combustion engine (ICE) vehicles will no longer be allowed to be sold.

An argument can be made that a spur behind these regulatory decisions came from the automaker Tesla. Tesla has been able to produce battery-powered automobiles with an EPA-rated range of 400 miles and a claimed mileage of over 500 miles. Tesla’s recharge time also is about 40 minutes for an 80% charge using its supercharging station. While its vehicles are primarily luxury class vehicles, Tesla changed the basic assumptions of what could be achieved with a plug-in-battery EV and what the future could look like if battery technology could be improved, which has been occurring rapidly. It is now estimated that by 2025, battery-powered EVs will be cost competitive with gasoline-powered automobiles.

Another assumption Tesla shattered was the need to sell a vehicle as a “completed-featured” entity. By using over-the-air software updates, Tesla vehicles can repeatedly upgrade or enhance a current vehicle’s features. Envious automakers are now trying to mimic that capability in their latest models.

What is interesting is how rapidly the change in thinking about EVs has occurred. Ten years ago, no major automaker felt threatened by Tesla or by EVs in general, with many plainly dismissive of both. Paradoxically, the more dismissive the OEMs were, the more Tesla’s successes stood out in relief. Today, Tesla and EVs are seen as existential threats by the likes of Volkswagen (VW) and other legacy automakers, with most admitting they have been late in moving toward EVs. They fear Tesla is setting customer expectations that they will have trouble meeting.

A fascinating question is whether Tesla will be able to withstand, over the long term, the ability of legacy automakers like VW or General Motors to massively scale their EV production, something that Tesla does not yet have the capability to do. Their manufacturing prowess also puts these firms in a position to put huge price pressure on Tesla by offering mass market EVs at a very low price point, which will also put heavy pressure on the other several dozen emerging EV entrants. Not everyone will survive a full-out EV war.

The next decade in the auto industry will be especially intriguing to watch as the risk-reward equation between EVs and ICE vehicles continually shifts. New strategic inflection points can be expected to emerge as both battery and IT improve, with the latter allowing the software-defined car to become an everyday reality. How many legacy and new auto manufacturing entrants will be both nimble enough and resilient enough to adapt and survive to 2030 will be anyone’s guess.

For more insights into what is happening in the auto industry, please read my article, “How Software is Eating the Car,” at IEEE Spectrum magazine.

Photo by Sigmund on Unsplash

Robert Charette
Robert N. Charette is a Fellow with Cutter's Business Technology & Digital Transformation Strategies practice and a member of Arthur D. Little’s AMP open consulting network. He is also President of ITABHI Corporation and Managing Director of the Decision Empowerment Institute. With over 40 years’ experience in a wide variety of technology and management positions, Dr. Charette is recognized as an international authority and pioneer regarding… Read More
More Articles Like This
A New Look — The Automotive Industry, Post-COVID: A Q&A
Why the Auto Industry Must Take Action Now, the Digital Twin Revolution, more!
The Future of Electric Vehicle Charging: Ask the Experts
Driving Across the Software Abyss: EV + AI = Unmanageable Complexity
The Future of Electric Vehicle Charging
New Research
Copyright © 2021 CUTTER CONSORTIUM  |   All Rights Reserved. Privacy Policy | Terms of Service