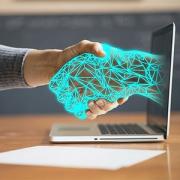 Autonomous systems are on the rise and, according to Cutter Consortium Senior Consultant San Murugesan, will “transform many different sectors in unimaginable ways.” He describes how technologies such as IoT, drones, robotics, ML, AI, and nano, among others, will extend the capabilities of autonomous systems. Current applications of autonomous systems technol­ogy draw attention to the adoption challenges.

As they make the transition away from stories of science fiction, autonomous systems are becoming a practical reality. Though not yet a popular or household term like self-driving cars, robots, and artificial intelligence (AI), autonomous systems are on the rise. Several such systems are already in use performing different tasks in diverse areas and yielding several benefits. Poised to evolve further, they will surely find widespread adoption. Autonomous systems will be a game changer and will propel new research, development, and business opportunities. It’s no wonder they are attracting the interest of researchers, manufacturers, and users alike. Let’s examine what autonomous systems are and why they matter.

What Is an Autonomous System?

“Autonomous system” is a relatively new term in modern day usage, though previously used in mathematics and networking. In automation, robotics, and other application domains, the term “autonomous” describes self-governing systems. Specifically, an autonomous system is a machine or system capable of “performing a series of operations where the sequence is determined by the outcome of the previous operation or by reference to external circumstances that are monitored and measured within the system itself.”1 Such a system must be able to sense the environment within which it operates and interact with that environment. A system is autonomous, with respect to a set of goals and while operating under a set of uncertainties, if it achieves the goals under those uncertainties without human external intervention.2

Unlike other machines or common automatic control systems that have a single purpose or whose range of activities is predefined, an autonomous system:

Key features of an autonomous system are self-operation/governance without human or external intervention, independence, a wide operating range, adaptation to uncertainty, and ability to achieve set goals. Several technologies — robotics, drones, various types of sensors, the Internet of Things, high-speed communication networks (including 4G and 5G), AI and machine learning, data analytics, augmented/virtual reality, high-performance processors, nano technologies, and smart signage — are coming together to extend the scope and range of operations of autonomous systems. Ongoing advances in these and other related technologies make practical applications of autonomous systems viable, setting the climate up for a new trend.

Applications on the Radar

We are already seeing autonomous systems surfacing in practice in several applications ranging from fighter jets, air taxis, self-driving vehicles, physical customer delivery, inventory management, surveillance, emergency management, and monitoring and recovery in harsh environments to smart homes, assisted care, tutoring systems, and more. The implications of these systems on business and society are enormous. Let’s take a brief look at a few of the current applications.

The Royal Australian Air Force and Boeing Australia are building an autonomous fighter jet for possible operational use in the mid-2020s.4 In addition, German-based urban air mobility provider Volocopter has built the world’s first autonomous flying taxi (air taxi), which users will hail with their smartphones. The Volocopter taxi had its official urban flight debut at the Mercedes-Benz Museum in Stuttgart, Germany, on 14 September 2019.5 Last year, Audi created an autonomous off-roader vehicle that utilizes flying drones to illuminate the road instead of regular headlights.6

Autonomous robots are now serving as concierges, doormen, baggage checkers, luggage transporters, and bartenders. For instance, Oakland International Airport has deployed a robot named “Pepper”11 that greets passengers and helps them find their way around the airport. Travelers can talk to the robot to obtain information such as what is available in the food court and directions to shops, restrooms, and other facilities. The robot “Gita”12 from Vesper can automatically follow you and carry your luggage, leaving you hands-free. We may soon see a fleet of such robots in airports and bus stations to help travelers in the same way that a human assistant might. Personal services can even extend to toilet paper; at the 2020 Consumer Electronics Show, Charmin demonstrated its autonomous robot “Rollbot,”13 which brings a roll of toilet paper to the restroom in response to a request sent from a mobile phone.

Assistance to the Elderly

Autonomous equipment and gadgets assist older people in several ways with day-to-day activities, helping them retain their independence and improving their quality of life. Besides being smart assistants, these devices can also continuously monitor people’s health and movement, alerting them to dangers and, when the situation warrants, notifying paramedics and family members. This technology can, for instance, prevent an elderly person from falling and lessen the injury from a fall if the person does fall.14

Monitoring and Recovery in Harsh Environments

Autonomous systems are also taking on jobs that are dangerous or unpleasant for humans to perform. They are able to go into places and situations that humans cannot or do not want to enter. For example, autonomous systems inspect inside nuclear reactors to check for faults and provide information on nuclear accidents.15 These systems can also monitor active volcanos.16

Driverless cars and trucks are a familiar and much talked about example of an autonomous system. Autonomous trucks could form fleets that travel in the same direction and share information on their surroundings.17 Automated driving will be the cornerstone of future mobility systems. Autonomous vehicles are expected to make traffic safer, more convenient, and more efficient.

Despite their rise and adoption in the last three years, autonomous systems have constraints and concerns. For starters, we need to ensure that these systems are built to perform reliably, safely, and sustainably — and are tested and validated satisfactorily. We also need to secure them against hacks and unintentional manipulation and prevent them from being used for unintended harmful purposes or to constitute threats to people and property.

Trust is a critical factor in autonomous applications used in consumer products, personal robots, industrial and business automation, and automotive automation. Designing trustable systems is a challenge as trust goes well beyond just the technology; it involves people and people’s perceptions.18

An interesting dilemma is deciding what level of autonomy is appropriate for an application while balancing benefits and risks. Since autonomous sys­tems currently work adequately within well-defined environments only, huge potential exists for R&D in relaxing these constraints. Furthermore, most autonomous systems now operate independently in an isolated manner. However, these systems can work together collaboratively, coordinating with each other as a team and, thereby, extending and enhancing their collective capabilities. Such swarming or teaming of autonomous systems poses different challenges to researchers and developers, yet it is an area that deserves further maturation. Other autonomous system adoption issues that go beyond the technical have societal, regulatory/legal, and ethical implications.

Autonomous systems are at a tipping point and are on an evolutionary growth path. Several technologies are coming together to extend the range and capability of autonomous systems. There is market “push” from both industry big players and startups, and market “pull” from potential users, both industry and individuals. Market pull is driven by a wide range of potential applications where autonomy promises to accomplish what could not be done before, or to carry out existing operations more efficiently and/or safely while offering convenience.

We can expect amazing advances and innovations in autonomous systems and their features. We will see autonomous systems transform many different sectors in unimaginable ways. As Daniel Burrus wrote in a 2012 Huffington Post blog, “It’s not about whether technology is good or bad; it’s about what we decide to do with technology that matters.”19

5Chang, Brittany. “Volocopter Has Created an Autonomous Flying Taxi You Can Hail with Your Smartphone.” Business Insider, 18 September 2019.

17Clevenger, Seth. “How Drivers and Autonomous Trucks Could Work Together to Move Freight.” Transport Topics, 8 June 2018.

San Murugesan
San Murugesan is a Senior Consultant with Cutter Consortium's Data Analytics & Digital Technologies practice, Director of BRITE Professional Services, corporate trainer, and an Adjunct Professor in the School of Computing and Mathematics at the Western Sydney University, Australia. He is Editor-in-Chief Emeritus of the IEEE’s IT Professional and served as Editor of IEEE’s Computer from 2012-2017. Dr. Murugesan has considerable experience in… Read More
More Articles Like This
Autonomous Systems: How Can They Help with COVID-19?
Who’s Already Using Autonomous Systems?
Ransomware Rising
Cognitive Systems Rising
Blockchain Opportunities
New Research