A “Covidian” Architecture: Designed for Uncertainty

By Balaji Prasad
Posted May 20, 2020 in Business & Enterprise Architecture 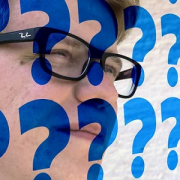 It is not certain that everything is uncertain.

Have you designed your enterprise’s architecture for uncertainty?

This question seems appropriate given the state of uncertainty caused by the recent outbreak across the world. Typically, we design to requirements that are foreseen to some degree, even if only hazily. But in the current situation, we find ourselves short of even that “hazy” standard.

Uncertainty is no stranger to us. However, there are shades of uncertainty: some that we leap over with speed and grace, while others leave us flummoxed and paralyzed.

A cluster of servers enters a downward spiral of cascading failures as a marketing campaign succeeds beyond the enterprise’s wildest dreams. “It was unfortunate, but, sadly, unforeseeable,” lament the IT custodians, adding, “I wish you’d told us about this campaign in advance!”

Was the outage really unforeseeable? Or was it that the situation could have been foreseen by marketing but remained opaque to IT because of the organizational challenges of cross-functional communication and collaboration? Regardless, the net result was that there was a lack of information at a point in the system at the time it was needed. The situation that occurred lay well within the realm of “uncertainty” as far as IT was concerned.

Or was it? Could the architects of the marketing system have foreseen the possibility of successful marketing campaigns being drivers of IT failure? Did they need the specific, situational information about what ended up happening, or would it have been sufficient to know in advance the general nature of the kind of situation that occurred? Arguably, that level of coarser information was available, and could have been designed for, whether it involved computers or human beings, or a combination of the two.

There are situations, though, that even eagle-eyed architects cannot discern through the fog of a “hazier” uncertainty.

To bring this idea of “hazier” to life, consider the trajectory of a major social or political movement that emerges, seemingly out of nowhere, driving significant regulations and changes in consumer habits. Enterprises could find themselves dealing with something that could not have been predicted either in the specifics or in the general nature of the change involved. One example of this kind of change is the California Consumer Privacy Act signed into law, in June 2018. The legislation put enterprises in the position of having to be perpetual interviewees on something of an “Ask Me Anything” session, where consumers can ask for a variety of information about themselves that those enterprises have gained access to.

It is certainly foreseeable that social and political changes will occur at different points in our evolution, but the nature and impact of these changes is not easily discernible. A Category 2 is worse than a Category 1. But arguably, it is possible to design for demands such as these in advance, to some degree. When you are the possessor of customer information, is it unreasonable to expect that you should be able to retrieve such information? Amazingly, many enterprises, despite decades of pursuing the holy grail of “a single view of the customer” continue to flounder with regard to this aspiration. While the specific ask in this situation was unpredictable, the ability to respond to it with ease may not have been, had some of the architectural aspirations to consolidate customer information been realized.

And then there is COVID-19.

There are certain kinds of uncertainties that are not only not foreseeable, but also are so wide-ranging in their reach and so dynamic in their impact that the only appropriate way to place them in a taxonomy of uncertainty is to label them “crazier” than the other kinds of uncertainties. Not only does a situation mysteriously appear out of the blue, it doesn’t stay static — it moves, it shifts, and it attracts to itself other forces: political, psychological, economic, and social.

Is your architecture designed to deal with this kind of COVID-like upheaval? It is inconceivable that it could be! How can we design for something when the nature of that something cannot be known until it reveals itself in bits and pieces?

Ironically, the evidence shows that we did design for uncertainty. If we examine the manner in which many enterprises, small to large, responded to the challenges that emerged over the last two months, it is apparent that a fair amount of resourcefulness, innovation, and sheer brute force that lay latent within were brought to the fore. Of course, not every challenge was met without compromises, giving up something to get something else, or by only partially fulfilling demands.

Architecture consists of weaving together architectural capabilities that either exist or are created anew in response to new demands. If the demands are novel, then the architecture must be able to handle such novelty. We are now well into the depths of dealing with the current situation. So have you created a scorecard of all the challenges you faced, along with how you did with regard to each of those? In assessing performance in the face of uncertainty, have you identified and inventoried the capabilities, including ones that you barely knew existed within the depths of your enterprise? Have you found architectural patterns that you were able to apply during this crisis, and which may serve as “meta guides” for other uncertainties in the future that you may be compelled to deal with? Can you use this learning to build a more Covidian architecture that will withstand future assaults that could be worse than the one we have been going through?

Post your comments at the link below, or send email to bprasad@cutter.com.