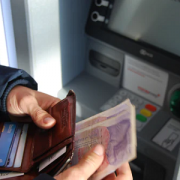 The word “banking” may conjure an image of a large corporate entity with millions of dollars in assets spread out across the globe. Yet among these players are fintech startups that have emerged with new technological innovations and have become potential threats to traditional financial institutions. Due to increased competition to become sustainable digital entities, large banks have invested millions of dollars. But community banks constitute a portion of banking institutions as well and are part of the fabric of smaller communities. These banks have neither the major assets nor the investments of large banks, nor the financial and technical agility of fintechs. What community banks do have is a loyal customer base and community support. For community banks, implementing innovative technology is excessively costly and switching to a digital track is a challenge.

Our case study examines the implementation of a digital change in a US community bank meant to retain its loyal customer base and to put in place newer ways of monetization. The bank’s CEO brought with him years of experience in applying digital in the banking world. His first quest at the community bank was to understand customer expectations and to assess how the bank performed and what needed to be changed.

Among the bank’s retail customers, the younger generation wanted around-the-clock availability of services, while the older generation preferred to visit branches and would tolerate the accompanying delays. For commercial customers, the lack of remote depositing of checks was causing them to shift their accounts to bigger banks. That service feature was one of the core blocks of the bank’s digital transformation.

With the US Check Clearing for the 21st Century Act (Check 21), trips to a local branch or lockbox site to deposit checks had become a thing of the past for many US corporations. The combination of Check 21 legis­lation and advances in check imaging technology provided the ability to automate the deposit process, adding significant value to corporate treasury oper­ations. Moreover, remote deposit capture (RDC) emerged as a popular method for automation of the deposit process driven by advances in check electronification.

Apart from other expectations, the community bank’s commercial customers were demanding the availability of RDC, which would allow them to set their own operational timelines without needing to adhere to the bank’s constraints. Commercial establishments needed this ability to manage costs associated with the processing of paper checks and to lower transportation costs by reducing or eliminating trips to the bank.

The CEO communicated these commercial customers’ expectations to the bank’s employees. On the one hand, employees immediately perceived the RDC change as likely to result in a change in the number of days and hours worked and possibly the elimination of jobs. On the other hand, the advantage to the bank would be considerable, as there would be no need for the higher-volume operations in checks that incurred significantly higher time and cost.

The CEO faced three challenges in implementing this change: (1) taking care of customer expectations was the priority; (2) letting employees go would mean abandoning the bank’s community roots and mission and was therefore not an option; and (3) implementing the technology changes required would incur significant investment.

The CEO took the decision to move to digital; newer models would help the bank face its challenges. To assist in this change process, the bank hired a change management consultant and insisted on a plan for future self-sufficiency. The consultant’s responsibilities were to add value during the assessment and planning process, to educate the board, and, during the early days of the project, to help organize and accelerate the change process, bringing experience and helping the bank avoid mistakes other organizations had made.

The bank clearly outlined the business benefits to its commercial customers that would come out of the changes to its business model from implementing RDC: accelerated clearings, improved cash manage­ment operations, bank treasury consolidation, reduced transportation costs, and time savings. The benefits for the bank from the change to its business model included reduced transportation costs in areas like ATM deposit pickups, branch cost savings, and a smaller number of incoming customer cash letter deposits. The CEO also noted that RDC can open doors for new revenue streams by the addition of new clients and making possible a larger wallet share with existing clients, as well as the utilization of additional products that arise from RDC, such as ACH (Automated Clearing House) transactions, checks, liquidity services, and so on.

The challenge for the technology aspect was to create an integrated receivable platform that would accept, process, and post any payment method from any payment channel. The CEO initiated a technology portfolio discussion with his lines of business (LOBs) and IT leads to draw up an IT strategy. Prior to the CEO’s tenure, IT determined which products to buy off the shelf and which to build from scratch. The culture now changed to LOBs funding IT, and thus making a joint informed decision. This reduced friction between the LOBs and IT in the bank’s digital journey and paved the way for the creation of a full-fledged support model. The LOBs used this support model to address customer queries or issues, and IT employees now realized the importance of the IT strategy in delivering the promised value to customers and began to empathize with customers and with LOB colleagues who were having to interact with customers in the event of any downtimes.

The benefits came with associated risks. Those risks centered around who should be using the RDC feature and how the bank would monitor the associated RDC account risk. A risk assessment presented to the CEO and the board helped in setting up a formal risk review process and mitigation procedures. The LOBs and IT used the risk review findings to effect changes in the process the LOBs followed and in the technology IT handled. This was done iteratively so that the bank can be comfortably situated when audited by the US Federal Reserve System.

The people dimension provided the CEO with his most important challenge, and one that had to be handled with extreme care. He brought with him not only years of banking experience, but also a philosophy and deeply held set of principles about how to be an effective leader. The CEO conveyed his belief that digital transformation should be a strategic imperative set out to recruit and employ the “right people,” as well as focusing on training and developing his entire team. The bank already had most of the people and talent needed and required minimal additional recruiting.

The CEO built a digital transformation group that included the consultant, along with key associates in the LOBs and IT departments. The digital transformation group also took stock of the existing employees and their interests to develop cross-training plans if some jobs were eliminated and to ensure that the community was not harmed due to the bank’s digital route. The group also inculcated the importance of pulling together a cross-departmental team that would go beyond IT and operations. It held the core belief that the customer experience — and not the technology — was of prime importance. Implementation of a strong succession plan helped ensure that the bank would continue to provide high-quality relationship management, a service its customers appreciated.

The board and the community were iteratively briefed on the digital transformation process as part of the transparent communication initiative. Their satisfaction with the communication and the process helped the CEO obtain the additional funding necessary to cement his vision to make the bank more digitally oriented.

Assessing the changes required for each dimension of the DCMF resulted in a set of KPIs to track. Customers welcomed the RDC service and employees were satisfied with the painless implementation of the digital strategy. Employees and customers were surveyed to determine the digital change quotient score (DCQS). Once the score was known, the digital transformation team worked to resolve any issues at each dimension of the spectrum, ensuring that the KPIs were adhered to and were effectively captured and measured.

The continuous improvement attitude inherent in the DCQS has fostered a culture of innovation and planning for what is ahead for the bank. As a next phase, the bank evaluated the means of applying analytics and predictions to its customers and rolled out associated changes. Focusing on each dimension of change and quantifying the results of implementation have transformed the initial negative perceptions of change to a positive practice in the bank.

[For more from the authors on this topic, see “Transforming Change into Trust in the Digital Era.”]

Jagdish Bhandarkar
Jagdish Bhandarkar is a technology geek with 20+ years' industry experience with various Fortune 500 companies. He is the CTO at SLK Software Services, responsible for driving the company’s technology vision of continuously enhancing innovation on behalf of customers at a global scale. Dr. Bhandarkar has authored various articles for journals and conferences. He earned a master’s degree in engineering and a PhD from MIT. Dr. Bhandarkar is an… Read More

Namratha Rao
Namratha Rao is a techno-change management expert with nearly two decades of industry experience. She is AVP of Product Engineering Development at SLK Software Services, where she heads the organizational change management, product development, and applied innovation areas. A thought leader and practitioner in “blue ocean” strategy, Ms. Rao has led many initiatives in SLK’s Value-Based Advisory Services to create a differentiation for SLK and… Read More
More Articles Like This
Driving Change: A Case Study
The Evolution of Banking
Driving Toward Agile: What to Expect from Agility
Changing Course: A Modern DCMF Model
Transforming Change into Trust in the Digital Era
New Research