Embracing the Values and Practices of Steve Jobs 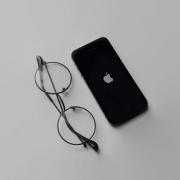 Steve Jobs — tireless tech visionary, innovator extraordinaire, and cofounder of Apple — died on 5 October 2011, when he was just 56. Though 10 years have passed since his untimely death, we’re still very much living in his world. To create our own lasting legacy that is meaningful and benefits the community, what sort of values and practices would we have to embrace? This Advisor shares nine key lessons from Jobs:

[For more from the author on this topic, see "Remembering Steve Jobs, 10 Years Later: Lessons to Emulate."]