A Flu Pandemic: To Risk or Not Risk — That Is the Question 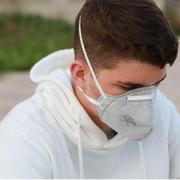 As I write this Advisor, the news about a possible swine flu pandemic is changing almost by the hour. As of today, World Health Organization (WHO) officials and medical specialists in Mexico and the US are cautiously optimistic that the new strain of swine flu — now officially called influenza A (H1N1) — may turn out to be a mild form with health effects more typical of an influenza B-type virus.

However, WHO is also still indicating that it will likely increase the pandemic threat level from phase 5 to its maximum phase 6, indicating that A (H1N1) has achieved widespread human infection. WHO raised the threat level from a "normal" phase 3 (indicating an animal or human-animal influenza reassortant virus has caused sporadic cases or small clusters of disease in people, but has not resulted in human-to-human transmission sufficient to sustain community-level outbreaks) to phase 4 (indicating verified human-to-human transmission of an animal or human-animal influenza reassortant virus able to cause "community-level outbreaks") on 27 April, and then from phase 4 to phase 5 (indicating human-to-human spread of the virus into at least two countries in one WHO region) two days later.

WHO has said that its threat phases do not indicate the health impacts of a pandemic, but just the extent to which a disease has spread throughout the world. Unfortunately, WHO's actions and subsequent statements like the world being on the edge of a worldwide pandemic seem to be causing troubles in communicating the actual risk posed by the A (H1N1) virus. Newscasts have frequently implied that a pandemic implies a high death rate, which it does not.

As I wrote a few years back ("The Most Dangerous Time?" 1 March 2007), the US Centers for Disease Control (CDC), has developed a five-level Pandemic Severity Index (PSI), which outlines what governmental measures will be taken in the event of a flu epidemic or pandemic. This index is more risk-exposure oriented.

The PSI is similar to the five-level model to rate hurricane strength. The pandemic severity index levels are as follows:

The CFR assumes a 30% illness rate and no pandemic interventions are applied.

Each category of PSI triggers different types of federal, state, and local mitigation actions. For instance, a Category 3 PSI would likely see localized school closures of up to four weeks; a Category 5 PSI would likely see widespread school closures of up to three months. I say "likely see" in that these are CDC recommended actions: the federal, state, and local authorities would have final say.

Some communities, such as Ft. Worth, Texas, USA, decided on the basis of WHO's categorization of the current flu outbreak at phase 4, to close down all of its 144 schools from 30 April until at least 8 May (affecting 80,000 students), all because of one confirmed case of A (H1N1).

The total number of A (H1N1) cases worldwide so far number around 1,517 confirmed (and many times that under investigation), with 29 confirmed deaths — two of which are in the US. This hardly qualifies for a Category 3 response by the Ft. Worth school system.

In my mind, poor risk communication on the part of health officials has become one of the major risk management-related issues emerging so far in this affair. The WHO approach indicates a pandemic's risk likelihood but not its consequences. This leaves people to fill in their own consequence. When it comes to the health of children, risk aversion seems the rule, so consequences of an infection tend to get exaggerated, all things considered.

The CDC approach is better than WHO's, but the CDC has refused to give a PSI number for the current A (H1N1) outbreak. The reason, says the CDC, is insufficient data:

The substantial difference in the severity of the illness associated with infections from the same virus, the relatively low number of cases detected in the United States, and insufficient epidemiologic and clinical data to ascribe a PSI, present a formidable challenge in terms of assessing the threat posed by this novel influenza A virus until additional epidemiologic and virologic information is learned.

I understand the reluctance of the CDC to come out with something definitive when the information is uncertain (it doesn't want to introduce panic by being too dramatic nor convey there is nothing to worry about, either), but I don't think it has walked that tightrope very well at all in this case.

The current CDC's guidance, instead of being informative, has basically punted decisions concerning what to do to state and local authorities for them to decide. The CDC, for instance, first advised schools to consider closing, then advised that an individual school be closed for a week if a student has been found infected, and now says that a school doesn't have to shut down at all.

Furthermore, the CDC says that "decisions regarding broader school dismissal within these communities should be left to local authorities," which need to take into account the extent of the virus in the local community. Since no local politician wants to be seen as not acting aggressively to protect children's health and welfare, their "safest decision route" has been to close schools wholesale whenever an A (H1N1) case is suspected.

Unfortunately, the WHO/CDC public risk communications on A (H1N1) allows for the morphing of the risk management decisions from being decided based mostly on scientific judgment to ones now based mostly on local politics. Once decisions enter into this sphere, it is hard to ever get them out of it. It also leads to potential conflicts. In the US state of Maryland, for instance, state government has been very open about A (H1N1) cases discovered, with the Maryland governor saying that, "When you're dealing with an unknown like this virus, the more information you can give, the better."

In next-door Virginia, little information is available, however. Even though there are at least two confirmed influenza cases in Virginia, little else is known about them. In fact, Virginia's Health Commissioner says that, "There's no public health reason for us to give out that information" because there is no public health threat in her opinion.

Thus, for the US, we now have the federal government, 50 states, along with countless local governments, each deciding for themselves how best to respond. I don't think this is a particularly smart approach from a risk management perspective. After spending billions of dollars on improving pandemic response over the past few years in the US alone, it is a bit surprising that the US should still be struggling with some of the basics involving how to approach it now that one is actually on the horizon.

Another major risk management issue that will be rearing its head higher over the next few weeks is the one concerning developing an A (H1N1) vaccine. The total number of influenza vaccine doses (of any type) that can be manufactured is limited. Moving to create an A (H1N1) vaccine could mean reducing the number of seasonal flu doses available and/or the number of seasonal flu types addressed. If the A (H1N1) virus turns out not to be very severe, it could allow a seasonal flu type to do more damage than normal. If it turns out to be more serious than thought today, then not focusing manufacturing mostly on turning out a pandemic vaccine could prove devastating. In addition, there are worries that the A (H1N1) virus may mutate once it enters the more general population, making any vaccine based on early cases ineffective.

And just to top it off, right now, it appears that there will need to be two vaccine shots to confer complete A (H1N1) immunity, with the first batch not available much before October at the earliest, or maybe later if there are safety issues with the vaccine or if there is a quality control problem, both of which have happened in the past. Even if there are not, this means people will be faced with getting three flu shots later this year (one for the seasonal, and two A (H1N1) shots), with all the attendant logistical problems that will create. Throw into that mix decisions regarding the priorities of who should get the shots first (will state and local governments have a say in that as well?), and one can easily imagine a real risk mitigation mess unfolding in a few months.

The priority of who should receive the shots first brings me to my final — for this Advisor, anyway — influenza risk management-related issue: pandemic preparation.

I have written several Cutter Advisors over the past five years or so relating to pandemic preparation, and while things have improved since I first wrote about the subject, governments candidly admit they remain unprepared for a major pandemic. In addition, the financial crisis has caused local and state health officials in the US, for instance, to cut back staff and investments over the past year, exacerbating the risk situation. Companies are also better prepared generally than five years ago, but they too are not fully prepared, as they too have cut back on support staff to deal with the problem of a pandemic.

One issue I raised several years ago was that the US government, as well as others, has basically said that a family needs to think about riding out a pandemic on its own for weeks, if not for several months. In this time of financial hardship, that is not tenable for most families. Already, in areas were schools have been shut down, the strains on families both from a care-giving perspective as well as a financial perspective are appearing after less than a week. Companies where parents of those families work are also beginning to be affected.

In fact, it appears that one of the reasons the CDC changed its school closing policy was because of the hardship school closings were having on families. As I said earlier, politics can trump science.

Warren Buffet used to say that a recession was where you would find out which investors were swimming naked. This pandemic, I think, is exposing which governments and companies are naked in their flu preparations as well.

As this pandemic situation develops, I'll write about other risk management-related issues that become visible. If nothing else, this A (H1N1) influenza situation has also reinforced German Field Marshal Helmuth Karl Bernhard Graf von Moltke's saying about no battle plan surviving contact with the enemy.

Robert Charette
Robert N. Charette is a Fellow with Cutter's Business Technology & Digital Transformation Strategies practice. He is also President of ITABHI Corporation and Managing Director of the Decision Empowerment Institute. With over 40 years’ experience in a wide variety of technology and management positions, Dr. Charette is recognized as an international authority and pioneer regarding IT and systems risk management. Along with being a… Read More
More Articles Like This
Risk Management's Nadir and Zenith: Finances, Flu
Pandemic Redux
Pandemic III: Government Backlash
What to Do in a Pandemic: Managing Risk with AI and ML
Medicine for the Estimation Flu