How Business Leaders Can Adapt to the Quantum Era 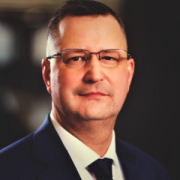 The move from conventional computing to quantum computing won’t be like a simple change in technology providers. Quantum processors use a wholly new way of solving complex problems; as we explore in this Advisor, that requires a new way of thinking about problems. Software programs designed for conventional computers aren’t going to work.

To take advantage of quantum hardware, problems must be expressed in a form suited to resolution by the properties of superposition and entanglement. It turns out optimization problems involving a lot of interacting variables are an ideal match for this requirement. The technical name for the mathematical models that work is polynomial (or quadratic) unconstrained Boolean optimization, the most famous example of which is the traveling salesman problem. In simple terms, this is a mathematical means of discovering the most efficient way of doing something complicated — such as securing a competitive advantage by making operations more efficient by sending a salesman from city to city on the shortest possible route, returning back to the start.

Using conventional hardware, a brute force solution that tries every possibility becomes effectively impossible as the list of cities grows larger. If there are 20 cities, there are 2.4 quintillion possibilities to check. Quantum computing algorithms already exist to check each possibility, and we know they work. Cloud providers like D-Wave Systems and Amazon offer access to early quantum hardware for free, or at a nominal cost. This means it’s possible to plan and test optimization strategies on a real quantum computer to be fully prepared when the new hardware comes online.

If that’s five or 10 years, that’s a good amount of time to begin planning for an era in which optimization calculations that would take centuries to solve using conventional techniques are performed in less than a second. That is to say, the currently impossible will be possible.

Companies that don’t prepare for what’s happening may well be doing business on an abacus when this technology hits its potential. By the time industry leaders demonstrate an overwhelming competitive advantage with the new technology, the disruption will have begun. Everyone will want to join the quantum revolution, but, by then, it will be too late.

Business leaders who want to stack the odds in their favor need to ask, right now, “If computational power is no longer an issue, how do we solve this problem?” They need to plan for a future where what seemed impossible becomes possible. They need to inventory the processes that lend themselves to optimization and round up the talent (or hire an algorithm-developing firm) to automate the functions.

Some leaders might have a limited vision of only improving one or a few core aspects of the business. That might be enough in the short term, but the more ambitious leaders will seek to reshape the entire organization to take advantage of the optimization opportunity to create a truly intelligent enterprise. Building an intelligent enterprise means using AI to optimize every function of a business from top to bottom.

To create an intelligent enterprise, leaders must be willing to reshape their organizations to take advantage of the new possibilities. It’s about more than just improving production; it means the legal team is going to be more effective with AI research tools that use NLP to identify all the relevant case law for the task at hand. Work schedules and locations can be optimized to make employees happier. Better customer service is going to mean happier customers. But it also means shaking up how everything is done.

In this respect, startups will have a big advantage as they have the freedom to reinvent themselves from the very start. Companies today that are using AI in ways that are ahead of the competition using conventional optimization systems in areas like logistics may actually find themselves at a disadvantage in the future. It will be very easy for them to fall into a sunk-costs trap and decide against throwing away all the hard work they’ve done just to begin again from scratch. On the other hand, these companies also have the right mix of talent and corporate culture needed to drive success into the quantum AI era.

Being ahead today is no guarantee of future success. In the dawn of the personal computing era, Xerox was way ahead of its time developing the mouse, the graphical user interface, and many other advances we take for granted today. Instead of taking these innovations and creating its own line of world-beating personal computers, Xerox sold the tech to Steve Jobs, preferring to stay focused on core customers and business lines. While Xerox continues to be highly successful, you’re not going to find a Xerox in everyone’s pocket, and you won’t find its market cap nearing a trillion any time soon. That remains what could have been.

And this is why the real driver of innovation in the quantum AI era is the mindset of executives willing to take risks and adapt to exploit the opportunities presented by the intelligent enterprise.

[For more from the author on this topic, see: “Managing the Quantum Computing Era.”]