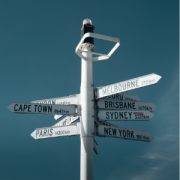 The examples of leading collective creativity that we offered in the first three parts of this Advisor series (“Learning to Lead Collective Creativity from Miles Davis,” “Learning to Lead Collective Creativity, Part II: Leading So That No One Is Following,” and “Learning to Lead Collective Creativity, Part III: Entrepreneurial Leadership”) assumed the possibility for close physical proximity, a condition made rare by our current time of pandemic. Jazz legend Miles Davis, for example, performed leadership through the felt energy of his physical presence and attention, as he walked among his collaborators on stage. Members of the Guarneri String Quartet, seated closely together, shared in leadership collectively and spontaneously as they explored new ideas together, adapting to one another’s contributions in the space of a breath and in perfect time. Entrepreneurial leadership means becoming open to affecting and being affected by others, making possible experiences of inspiration, passion, surprise, and play that may be hard to imagine doing over Zoom.

We might resign ourselves to the belief that pursuit of these experiences must be put on hold. But I’d like to offer another possibility. Taking an example again from the musical realm, let’s feel ourselves encouraged by how collective creativity can be made possible when organized by technology across a distance.

In 2009, four string quartets gathered in the UK to perform a new 35-minute piece of music composed by Sir John Tavener called “Towards Silence.” The composition asked these four quartets (16 musicians in all) to perform as one integrated ensemble. To produce the intended effect of four quartets conversing with one another from four corners of an open space while the audience sat in their midst, the composition also directed each quartet to sit at a physical distance from the others, often out of the range of sight and sometimes out of hearing. Furthermore, concerts were scheduled in four dramatically different venues, ranging from a staircase to a cathedral, so the musicians had to adapt to different configurations, with as little as a few hours of preparation each time.

Their aspiration in this project was the same as with any “usual” piece of quartet music — to perform as a unified ensemble, perfectly in time with one another yet with a conversational spontaneity that made each performance unique. But, in their experiences, achieving that aspiration relied on close physical proximity, by which a host of visual, aural, and otherwise embodied cues allowed members to be completely attuned to one another’s every act — sometimes even to anticipate one another’s next act before it happened. What could they do at a distance?

As the quartets performing “Towards Silence” struggled to find this out, I had the fortune to observe and to talk to them. Here, briefly, are some things that I learned related to leadership:

This experiment in spatially distributed concerts may not reach the level of distribution your group is adapting to — musicians were still in the same building, sharing the same air. But it does give us reason to believe that an experience of collective creativity is not entirely bound by close physical proximity as these experts once believed. For a while now, technology has made it possible for us to engage in simultaneous interaction at a distance; the pandemic has sped our adoption of technologies to create digital spaces of “togetherness.” We now have the opportunity to invent ways of leading collaborative creativity at a distance that can involve becoming open to and affected by others and experiencing play. These elite musicians gave us some indications of ways to do so. We get to keep advancing the answer to the question through our own experiments: What can we do at a distance?