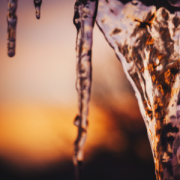 How many times must a predictable, recurring risk transform into a crisis before those in charge decide that perhaps steps should be taken to mitigate the risk? In the case of Texas power-generating utilities and US states’ pandemic vaccinations preparations, it appears that the answer is at least three times and counting.

In February 2021, Winter Storm Uri brought wintry weather across the southern US and the East Coast, with Texas experiencing record-breaking cold temperatures. The extreme cold caused massive rolling power outages across Texas as the state’s electrical grid could not keep up with demand, leaving more than 4.5 million Texans without power, 14 million without access to clean water, and at least 60 people lost their lives. The total cost of the outage and its aftereffects, such as the repair costs of homes, apartments, and businesses flooded from frozen pipes and astronomical spikes in electricity costs, will be in the tens of billions of dollars when everything is accounted for. The lawsuits filed against the state’s electricity providers will not be resolved for years.

The deregulated Texas energy power grid was peppered throughout with well-known risks patiently waiting to morph into major problems.

First, most of Texas is served by its own, independent power grid that does not interconnect to power grids outside the state from which it can draw power in an emergency. The reasons for the independence is the state’s desire to avoid having to meet Federal regulations, especially in regard to pricing and corporate management. Instead, the Electric Reliability Council of Texas (ERCOT) oversees state utility companies.

Second, Texas utilities depend heavily (nearly 80%) on natural gas for electricity production (as well as on nuclear power and coal fire plants), for its winter energy needs. Renewable energy sources, like wind power, provide for about another 7%–10% of electricity to the Texas grid. However, natural gas well heads are susceptible to a well-known and understood issue of “freeze-off,” where water and other liquids in the gas line freezes and starves natural gas power plants of fuel. In Texas, without taking the means to counter freeze-off, the rule of thumb is that for every one-degree drop below freezing the probability of a natural gas well experiencing freeze-off increases by 30%. The average temperature for Texas on 15 February was 11.8 degrees Fahrenheit.

With gas production rapidly falling, Texas utility companies had to start rolling blackouts, which further exacerbated the problem because their gas wells that were still operating soon stopped from a lack of power. This created a vicious cycle of even more power blackouts being necessary. This vicious cycle was caused in large part because the paperwork for not shutting down these gas wells during rolling blackouts was never submitted by their owners to ERCOT!

The cold weather also caused problems at one nuclear power plant and froze up about two-thirds of the state’s wind turbines, which just made the power shortage situation worse. Overall, more than 40% of Texas power generation was lost because of the lack of sufficient winterization, and the whole power grid was within minutes of a total, uncontrolled collapse that could have left Texas without power for months, ERCOT admitted.

The fact that there was little to no winterization of so many gas wells and production systems along with renewable energy sources like wind turbines that could prevent their freezing up was not by accident; in fact, it was deliberate. In 2011, a cold snap caused 3.2 million customers to experience rolling blackouts for several days for nearly identical reasons. A 357-page Federal Energy Regulatory Commission (FERC) report into the outage strongly recommended winterization of the energy supply chain in Texas.

Furthermore, the FERC report noted that cold weather events were common, with Texas experiencing them in 1983, 1989, 2003, 2006, 2008, and 2010, with varying degrees of power outages, especially in 1989 and 2003. Lessons learned from those latter two events apparently were ignored, the report indicated.

ERCOT ignored the 2011 FERC report recommendations for several reasons. One, ERCOT had no statutory authority to order Texas utilities to winterize their equipment. That authority rests with the legislature. Second, unlike other states, Texas is unwilling to allow maintenance costs like winterization to be priced into the cost of electricity. Third, both the legislature and a large number of utilities — with ERCOT’s acquiescence — did not see the need for investing in winterization when the unbillable cost would be in the billions of dollars, or if the costs were allowed to be passed along, would require utilities to increase electric rates for large, politically influential electricity consumers. Additionally, as ERCOT noted in an internal report in 2013, “the risk of 2-3 days of possible freeze-off every several years is a risk that … producers have been willing to take.” Of course, they did not ask their customers whether they would be happy to assume that risk.

Even another cold weather event in 2014 that nearly caused a repeat of 2011’s blackout failed to persuade the power companies to make the investment in winterization. The near miss also did not convince ERCOT to increase the state’s reserve power-generation capability, which had been steadily falling. From 2010 to 2020, reserve power generation for emergency weather events had fallen by 50%, even as Texas’s daily power needs were increasing. Worse, ERCOT was increasing its dependence on wind power for its reserve power, even though relying on that energy source in winter was known to be highly risky.

Last autumn, ERCOT expressed public confidence that Texas utilities were ready for “extreme conditions” for the 2020-2021 winter. Again, a few days before February’s cold snap, ERCOT once more claimed that the grid was well-prepared even though the forecasts for Texas were for a long period of prolonged and likely record-breaking cold. One reason for the confidence was that the last real cold snap in 2018 had been weathered without a lot of problems. However, that cold spell had as much in common with the one being forecasted as a cat does with a tiger.

Another reason ERCOT was confident was that its review of Texas powerplant winterization indicated everything would be OK. However, its confidence was not based on real power plant winterization data from on-site inspections. These checks, which previously were just spot inspections of a limited number of plants, were suspended because of COVID-19. Instead, ERCOT used a table-top cold weather simulation of a small subset of powerplants on which to base its beliefs. The information used also did not figure in the number of gas wells that would be shut down during rolling blackouts because of the lack of paperwork. Finally, the computer models ERCOT used to forecast supply and demand were not robust enough for the reality of the situation, which led to operational mistakes concerning decisions taken about how soon and where blackouts had to begin across Texas.

Texas electricity regulators have not been alone in making bad assumptions and ignoring predicted risks. In Part II, we will examine the COVID-19 vaccination shambles of a rollout across the US, and review some management of risk lessons that you may like to apply, even if others chose to ignore them.

Photo by Emanuel Haas on Unsplash

Robert Charette
Robert N. Charette is a Fellow with Cutter's Business Technology & Digital Transformation Strategies practice and a member of Arthur D. Little’s AMP open consulting network. He is also President of ITABHI Corporation and Managing Director of the Decision Empowerment Institute. With over 40 years’ experience in a wide variety of technology and management positions, Dr. Charette is recognized as an international authority and pioneer regarding… Read More
More Articles Like This
Master Classes in Risk Mismanagement, Part II — The US COVID Vaccination Rollout
Managing Alignment Risks - Part I
A Risk Mismanagement Lesson — the Texas Cold Snap; how Micro-fulfillment Could be Tech's Next Big Bet, and more!
Risk and Reality Distortion Fields Don’t Work Forever, Even for Talosians
First Change the Culture: Managing Organizational Risk
New Research