Misunderstanding the Need for “COBOL Programmers” 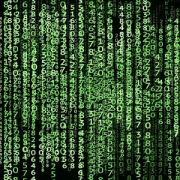 This is not another COVID-19 story, although our new social and economic conditions have given rise to the visibility of an enormous problem that has been lurking in our information infrastructure for a long time. Rapid and unprecedented changes to the unemployment laws have created both a tidal wave of transactions that need to be processed, and significant changes to the programmed business processes that execute those transactions.

Those business processes are entombed in old COBOL code on old mainframe systems. People are starting to panic about needing COBOL programmers. Yes, but.…1

Let’s start there. There is nothing mysterious or especially difficult about it. Compared to JavaScript, Python, and any other modern program languages, COBOL is certainly more teachable and learnable. That is not the problem, and teaching COBOL will not solve anything. “Teach them to code.” Yes, but….

There is a huge misunderstanding of the problem, and it’s all based on ... a huge misunderstanding of the solution. When you hear people say “COBOL,” what they most likely are talking about is the millions (or maybe billions) of programs written in COBOL and running on systems that nobody understands. It’s not the language that’s the challenge, it’s the platform — and the platform is probably good old IBM mainframes.

It takes a book to describe the architecture of an IBM mainframe, mostly because it has evolved over 50 or so years. And unless you were along for the ride, it’s a daunting task to merely open a book and figure it out. A lot of it only makes sense in the historical context of IBM’s sometimes heroic efforts to maintain backward compatibility (a task at which they excelled) and the actual underpinnings of the so-called COBOL problem. The stuff that someone wrote 35 or 40 years ago is still there, and still works. The changes to that stuff that someone else made (perhaps to solve the Y2K problem), well, that’s still there, too. But the platform has evolved, always maintaining life support for the applications. Without this perspective, and the ability to picture the environment as it was at the time the program was written, a person will stare at a screen full of code and wonder why on earth the programmer wrote it. It makes no sense. But in context, it makes a world of sense. It’s not the code that’s the problem, it’s the context.

Context is everything, and here’s where it gets really interesting very quickly. Pushing aside all the wonderful and novel computing concepts that have engaged the ambitions and interests of computer scientists over the ensuing decades, let’s consider just business transactions. Surely these have not entertained academia and commercial think tanks, but they are the basis of the current “crisis.” Good old transaction processing — nice, safe, simple, mundane, transaction processing. Debit this, credit that; journal this, journal that. And please remember to save all work. Why is it so hard? There are three reasons.

So Why Is It So Hard?

Interaction between simple programs, no matter the language and the environment in which they’re running, requires a particular knowledge, not only of the conceptual facilities, but in the way the various components stitch together and one’s ability to “see” the interactions. Writing a program that sits in a little logical container and does something in a huge, shared environment requires an understanding of the edges at which the program interfaces with the environment.

Reason 2: The Tower of Babel

I’m going to go out on a limb here and tell you that there’s a very limited number of things that a good, common, business-oriented program will do. But it has to talk to the environment. Try this experiment: find a reasonably good programmer under the age of, I don’t know, let’s say 35. Give that programmer a copy of the ANSI standard description of COBOL, then ask for a simple program to be written for the mainframe system. No cheating … we’re not merely changing something that’s already in place, we’re writing something new. The COBOL will take about 40 minutes to write, if that, but along comes z/OS, CICS, VSAM, VTAM, SNA, DB2, ISPF ,LU2, LU6.2, CPI-C, JES, JCL … and so on. What are these strange things? How do they work? How do they interact? What’s a RACF, and why is it important? And why isn’t there one now? Where did it go?

Reason 3: Evolution Exists As a Continuum

In order to understand what is going on in a piece of legacy programming, regardless of the language, you must understand the environment it was written for as it existed at the time the program was written. Think about that. Are there better ways to accomplish this? Probably, yes, there are, now. So why is it done this way? Well, maybe there weren’t, then. There’s an old saying, “When the only tool you have is a hammer, everything looks like a nail.”

COBOL, as used now by the few who actually use it, may not even resemble the COBOL of yesteryear. A quick note about “COBOL,” quoting from IBM’s website:

Standard COBOL refers to the COBOL programming language as defined in the document entitled American National Standard for Information Systems - Programming Language - COBOL, ANSI X3.23-1985, ISO 1989:1985, updated with the content of the following documents, in the order they are listed:

Things evolve. Any student of modern American history knows that things are not the same in 2020 as they were in 1970. Not culturally, politically, economically, and certainly not technically.

So, what next? Well, as always, we somehow muddle through the next disaster and emerge somewhat unscathed, and there are options.

Sorry for the headache. For once, it’s useful to be old.

2 If you remember what an IBM green card was, you’re old.

3 “Transplatformation” is a term that my long-time friend, mentor, co-conspirator, and Cutter Consortium Fellow Ken Orr and I invented back in the days of “wow, with all these PCs and servers and stuff, we can finally get off the mainframe.” It refers to the somewhat dubious practice of moving an application from one environment to another for no good reason other than moving it. Yes, there were many good reasons. And there were many bad ones.

About The Author
Andy Maher
Andy Maher is an IT professional who concentrates in enterprise architecture, business intelligence, metadata management, systems integration, knowledge management, and solutions for a whole range of impossible problems. He has written extensively on data warehousing and systems architecture. Mr. Maher has spent the last 10 years working “in the channel,” involved in all aspects of the distribution business, with a concentration in BI and B2B… Read More
More Articles Like This
Asia’s Payments Revolution
Misunderstanding the Origin of “Value” in Value-Stream Mapping
COBOL Is Dead, Long Live COBOL
The Cutter Edge: Misunderstanding the COBOL crisis, DevSecOps red flags, automotive industry tips ...
Cobol Legacy Programs Serve The Future
New Research