Nano Currency: Third-Generation Cryptocurrencies Are Upon Us 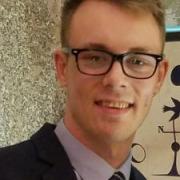 Cutter Technical Consultant Nate O’Farrell introduces Nano (recently rebranded from RaiBlocks), a third-generation cryptocurrency that appears to make up for Bitcoin’s and Ethereum’s shortcomings with zero fees, instant transactions, and infinite scalability. He opines that Nano is one of a few third-generation cryptocurrencies that “can offer the technology and functionality needed to facilitate mass adoption and real-world use as an effective currency.”

2017 may come to be viewed as the year cryptocurrency went mainstream. For the most part, cryptocurrency leverages the technology of blockchain, with the majority of currencies using a proof-of-work (POW) method to achieve consensus, prevent double spending, and secure the network. Bitcoin, the original crypto­currency, pioneered the POW movement, using power-intensive mining computers across the world to solve calculations that decentralize and secure its blockchain.

One would look at the cryptomarkets and see Bitcoin as a “first-generation cryptocurrency,” but with the rise of popularity in cryptocurrencies, Bitcoin is no longer adequately scalable. Transaction fees have skyrocketed. Average network costs at the time of writing are US $30 per transaction. Additionally, a Bitcoin transaction can take hours or days to process with the only means of speeding it up being to increase the fee paid to the network. As a result, extremely long transaction times and exorbitant transaction fees have cost Bitcoin its role as a transactional currency and caused it to exist purely as a digital store of value. This is in addition to the energy requirements of Bitcoin, which represent another negative. One Bitcoin transaction uses roughly the same amount of electricity to process as an average household consumes in one week.

In last year’s trends issue, I discussed Ethereum and the problems it faced as a POW currency. Ethereum was slated to move to a proof-of-stake (POS) consensus method; however, while still on the roadmap, that has not yet happened. We can think of Ethereum as a “second-generation cryptocurrency,” offering “pro­gram­mable money.” But it is not without its flaws. Although the transaction times and fees are lower than those of Bitcoin, the times remain too long and the fees too high for Ethereum to have actual real-world use as a transactable currency. Where Ethereum stands tall is in its ability to host immutable smart contracts and applications that run on its blockchain, resulting in a vastly more interesting use case than purely as a transactional currency.

If nobody can use these technologies for actual payments and peer-to-peer (P2P) transactions without incurring lengthy wait times and large fees, it becomes increasingly more difficult to achieve the adoption level required to make cryptocurrency use for the masses more than just a pipe dream. Thus far, we have identified the dominant negative issues with these technologies: their inability to scale and pro­vide quick transaction times and their transaction fees, which become exponentially crucial when it comes to micropayments. There’s also the negative impact on the environment from these technologies due to their energy requirements. Enter Nano (formally known as RaiBlocks), a potential solution to all these obstacles.

Nano, recently rebranded from RaiBlocks to appeal to more mainstream audiences, is one of a very few number of the emerging “third-generation crypto­currencies.” It is the only one that, in my opinion, can offer the technology and functionality needed to facil­itate mass adoption and real-world use as an effective currency. The goal of Nano is to do one thing only and to do it well, better than every other option. Its chosen function is payments. It has zero fees, instant transactions, and is infinitely scalable. Nano has been tested in up to 7,000 transactions per second, but theoretically can scale to much higher throughput. It is also one of very few “green” currencies; it requires no miners and achieves consensus on conflicting blocks through a delegated POS system, allowing account representatives to vote on conflicting transactions in the event one arises. 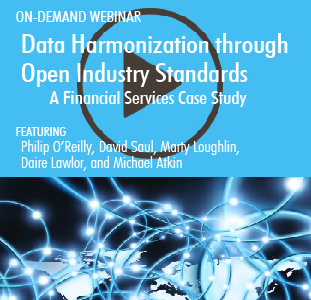 In addition to these seemingly too-good-to-be true traits, Nano is a completely revolutionary technol­ogy. Unlike many other coins that just took Bitcoin’s source code, made a few updates, and slapped a new name on them, Nano has been developed from the ground up with the purpose of fixing the specific shortcomings of traditional cryptocurrencies. What makes Nano so fast and absolutely free to transact is (1) its design upon a directed acyclic graph, (2) its idea of account-chains, and (3) its block-lattice network.

Each Nano account has its own blockchain that can be updated only by the account’s owner (see Figure 1). Instead of keeping track of a single blockchain for the whole network:

This structure makes Nano effectively instantaneous and uses a negligible amount of energy to proc­ess transactions when compared to nearly any other currency. This allows for 100% free, instant transfers.

What does this mean for cryptocurrency in general? It’s hard to compete with free, instant, and infinitely scalable. The rising price of Nano has reflected this, jumping over 20,000% in the last two months alone before correcting downward; take note that the correction was largely due to technical issues on cryptocurrency exchanges as they work to implement such a different and new technology. At the time of writing, the total market cap of Nano is just over US $2 billion, a figure that, in my opinion, is vastly undervalued. As with any currency, the key is mass adoption and, as that happens, the price will follow. Up until now, Nano has only been available on smaller, lesser-known exchanges but is due to be added to the largest cryptocurrency exchange, Binance, in the coming weeks. This addition to Binance will provide the visibility and liquidity Nano needs to move from being a Top 20 cryptocurrency to a Top 5 coin.

Throughout history, we’ve seen that the best technol­­­ogy doesn’t always win when pitted against the best mar­ket­­ing. However, Nano has the technology and a talented dev team to help propel it to the top. If nothing else, it’s refreshing to see a coin with a real-world use case and a working product come onto a scene dom­inated by Bitcoin clones and vaporware that leverage excellent marketing but lack any real working product.

Nate O'Farrell
Nate O’Farrell is a Cutter Expert, a member of Arthur D. Little's AMP open consulting network, a Senior Infrastructure Engineer, and an Amazon Web Services (AWS) Architect with a passion for solving the toughest problems and exploring and implementing emerging technologies to find better business solutions. He is a blockchain user and enthusiast, and an active participant in numerous blockchain innovation and cryptocurrency groups. He can be… Read More
More Articles Like This
The Cutter Edge: 2018 Tech Trends, Nano Currency, Digital Backbone, Strategic EA
Blockchain Validation: The Core of “Trust”
Cryptocurrency Adoption in 2018
Data Once Upon a Time
Blockchain for Automation: Assessing and Seizing the Opportunity
New Research
Copyright © 2022 Arthur D. Little  |   All Rights Reserved. Privacy Policy | Terms of Service