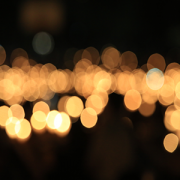 ABSTRACT
Although 10 years have passed since the death of tech giant Steve Jobs, we are all still living in his world. His innovations, in many forms, continue to impact lives around the globe. In this Executive Update, we reflect on the legacy of Jobs and explore some of his most enduring lessons that we can emulate for our own success.

Steve Jobs — tireless tech visionary, innovator extraordinaire, and cofounder of Apple — died on 5 October 2011, when he was just 56. Though 10 years have passed since his untimely death, we’re still very much living in his world. Jobs’s legacy, in many forms, continues to affect us all — young and old, rich and poor, and even the less educated, around the world. So it’s timely to reflect on the great legacy he left behind and on his lessons, as they are as useful and relevant to us now as they were when he first shared them.

Jobs’s innovations made such a profound impact on us — innovations that we still enjoy and will continue to enjoy for a long time. He transformed computing, though he didn’t have a programming or computer science background — he was not even a college graduate. Yet Jobs redefined and enhanced the user experience, creating products and services loved by millions around the world. He not only created and led a most valued information and communications technology company, he redefined and reshaped others: the music industry with the iPod; the mobile phone industry with the iPhone; the movie industry with Pixar films; and the computing industry with the original Mac, Mac OS X, and the iPad. He had also started to transform the publishing industry with iBooks and media subscription services and the software industry with the App Store. Sadly, while Jobs succeeded beyond doubt in technology and business, his deadly medical condition beat him, resulting in his early death and robbing us of the chance to benefit from potential further innovations. It was and is a great loss, indeed.

Yet, there is still so much that we all, both young and senior IT professionals and executives alike, can learn from this great innovator. His lessons can help us excel in what we do — now and in the future — possibly creating our own lasting legacies. This Executive Update highlights a few key lessons from Jobs that we can adopt for our own success.

Jobs went against mainstream thinking and followed his intuition and instinct. He could see not only what the future of technology could — and should — be, he brought that vision to fruition and took it to the masses, with an authentic desire to share it with people everywhere. Jobs was passionate about what he did — and what he wanted to do. He combined several inventions in such a way as to develop better products. As he acknowledged, his strategy was to expose himself to the best things humans have ever done and to try to incorporate those things in what he was doing. One of his mantras was “focus and simplicity.” And his meaningful innovations improved all our lives, including our work and social interactions. As former US President Barack Obama hailed in his tribute to Jobs on the evening of his death, “[He] was brave enough to think differently, bold enough to believe he could change the world, and talented enough to do it…. He made the information revolution not only accessible, but intuitive and fun.”

Better than any of his peers, Jobs caused “creative destruction” of old norms and business models through his “blended understanding of technology and society, business and economics, markets and corporate power,” as G. Pascal Zachary noted in IEEE Spectrum. He also created a new ecosystem that integrates the devices that his company sells with applications and services, driving other companies to follow suit.

To create our own lasting legacy that is meaningful and benefits the community, what sort of values and practices would we have to embrace?

To outshine — or even make a dent — in what we do, here are nine key lessons from Jobs to follow:

When he was about to finish a presentation, Jobs used to say, “One more thing.” Emulating his characteristic style, here are a few more things to know about him and his legacy.

Jobs’s dissatisfaction with the status quo made him want to reach for something better. He didn’t flow with the stream; instead, he went against mainstream thinking. He revamped and transformed Apple, on the brink of bankruptcy in 1997, into the world’s most-valued technology company, creating an “iEmpire.” On 2 August 2018, the company made history by becoming the world’s first publicly traded company to achieve a market capitalization of US $1 trillion. The New York Times ran an article with the headline, “Apple Is Worth $1,000,000,000,000. Two Decades Ago It Was Almost Bankrupt.” In August 2020, the company broke records again by becoming the first US company to reach a $2 trillion market capitalization.

Jobs openly shared his thoughts and views with the public, and inspired many. He wanted to put a dent in the universe, and he did. Jobs believed that people with passion can change the world for the better. He said, “You have to be burning with an idea, or a problem, or a wrong that you want to right. If you’re not passionate enough from the start, you’ll never stick it out.”

Jobs’s leadership was focused on innovation, by staying ahead of the pack and being focused on creating new ideas that no other company was working on. He was able to create a vision, innovate new products within that vision, and then do it again and again. He has been responsible for some of the biggest changes in the IT industry, changes that have informed how other companies and entire industries do business. Job’s legacy extends far beyond the technology world. “He was a historical figure on the scale of a Thomas Edison or a Henry Ford, and set the mold for many other corporate leaders in many other industries,” said tech journalist Walt Mossberg.

Time magazine featured Jobs on its cover seven times during his lifetime, including its 25 October 2005 issue, where it hailed him as: “The man who always seems to know what’s next.” On the evening of his death, several cartoons highlighted his contributions and paid tribute, including: “He put the world in our pocket”; “iMac, iPhone, iPod, iPad, iRest”; and “iCame, iSaw, iConquered.”

In an internal email sent to company staff on 5 October this year, Apple CEO Tim Cook said, “[Steve] challenged us to see the world not for what it was, but for what it could be. And he helped so many people, myself included, see the same potential in ourselves.… Steve was a singular figure, but he taught us all how to soar.”

Sure, there were some criticisms about some of his personal traits. But as Zachary wrote in IEEE Spectrum: “Despite his infamous bad temper, his impatience, and his penchant for tantrums, Jobs was the ultimate human-centered technologist — even while he was the ultimate digital autocrat.”

It’s worth adhering this advice from Jobs’s Stanford commencement address:

Sometimes life hits you in the head with a brick. Don’t lose faith. I’m convinced that the only thing that kept me going was that I loved what I did. You’ve got to find what you love.… Your work is going to fill a large part of your life, and the only way to be truly satisfied is to do what you believe is great work. And the only way to do great work is to love what you do. If you haven’t found it yet, keep looking … until you find it.

Your time is limited, so don’t waste it living someone else’s life. Don’t be trapped by dogma — which is living with the results of other people’s thinking. Don’t let the noise of others’ opinions drown out your own inner voice. And most important, have the courage to follow your heart and intuition. They somehow already know what you truly want to become. Everything else is secondary.

To learn more about Jobs’s strategy, passion, and leadership, I suggest you view this slideshow; watch this documentary; listen to his inspiring 2005 commencement address at Stanford University, where he tells his three stories — “connecting the dots,” “love and loss,” and “death” — and read the following Cutter Consortium publications: “A Tribute to Steve Jobs”; “Steve Jobs: Greater than Scipio Africanus?”; and “Steve Jobs: Architecture, Platforms, and the Big Picture.”

The life and work of this singular master motivate us. If we can learn from Jobs and then apply those lessons in our own work, possibly we, too, can create our own lasting legacy — at least to a degree that benefits us and our society and planet.

Long live Steve Jobs’s legacy, which many of us hope to emulate!