Understanding the Synergy Between the Industrial and Knowledge Revolutions 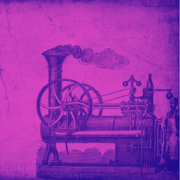 Work 2.0: Building the Future, One Employee at a Time by Bill Jensen was published 20 years ago this year, where he described an “asset revolution” based on what employees invest in an organization, rather than identifying them as expendable assets. He identified concerns about personal productivity, leaders adding value to support collaboration, and greater account­ability for performance by being comfortable with work-level details — getting their hands dirty helped leaders see the details and make better decisions.

The Great Resignation is merely the most visible waypoint thus far in a much larger sea of change that has been going on — a growing collective awareness that there are better ways to design and implement collaborative work.

Indeed, we can find far earlier hints of an impending shift. In the 1980s, books such as Becoming a Technical Leader and Peopleware: Productive Projects and Teams identified the value of recognizing people as assets that were distinct and more valuable than other types of assets on projects, though these early forays into the shift were still largely based on the process-centric, command-and-control ideas of the time.

Even before that time, many ideas of social collab­oration and engagement were core to the domain of organizational development, though they were often relegated to an organization’s onboarding process, and not integrated into the day-to-day engagement of people working on projects.

We likely remain several decades from this new form of work, organizational structures, alignment, and performance becoming the norm. There are a number of signs that these changes are accelerating, as shown by the emphasis on diversity, equity, and inclusion (DEI) over the past few years, a growing number of millennials who are focused more on finding meaningful work than simply having a job, and leaders and organizations like Dan Price at Gravity Payments or Richard Branson at Virgin, who consider the well-being and autonomy of their employees as a primary driver for success of their business, rather than viewing them as exploitable resources.

Overall, we are seeing a generational shift, our time’s equivalent of the Industrial Revolution, driven by the explosion of accessible knowledge and information, rather than the explosion of relatively cheap energy that served as catalyst for the Industrial Revolution. Table 1 characterizes some key distinctions of this new revolution. If we look at the characteristics of these two revolutions, there is a synergy between them that is critical to helping us understand how to reconcile them.

During the Industrial Revolution, the focus was primarily on the internal mechanisms of industry, seen from the perspective of the project as a machine or system. Interventions sought to make that machine predictable and repetitive. Indeed, Frederick Winslow Taylor noted, “In the past the man has been first; in the future the system must be first.” This was interpreted in a way that reinforced many Industrial Revolution concepts, such as command and control, hierarchy, and process-centric work, and has been the basis for almost every Dilbert cartoon ever drawn.

At the time, this drove significant change, as these ideas provided significant improvements over the status quo in efficiency, repeatability, and predictability. Unfortunately, Taylor’s next few sentences seem to have been lost in the interpretation: “This in no sense, however, implies that great men are not needed. On the contrary, the first object of any good system must be that of developing first-class men; and under systematic management the best man rises to the top more certainly and more rapidly than ever before.”

Around the same time Taylor was expressing his philosophy, social scientist Mary Parker Follett was defining management as “the art of getting things done through people.” Her philosophy of management received little traction at the time, but would fit very well as a manifesto for the current revolution.

Combining these two philosophies of management appears to be where we are headed, and this requires a reinterpretation of Taylor’s quote above. Instead of thinking the system replaces people, we need to think of the system supporting people.

In a complete system for delivering value, particularly in today’s knowledge-based work, people are a critical part of that system, a part that has been neglected for too long. For this revolution to gain traction and become the norm, we need to see these fresh ideas (“fresh” means these ideas have generally not yet been applied in many organizations, not that these ideas are new, because most of them are not) as adding to established thinking, rather than replacing it.

There is a baby with the bathwater that is Industrial Revolution thinking that we need to retain. Process and hierarchy still have their places, but should have supporting roles in the knowledge work that has grown explosively in recent decades.

[For more from the author on this topic, see: “Recognizing the Relationship Between Power & Culture in Today’s Organizations.”]

Jim Brosseau
Jim Brosseau has been working with teams for almost three decades and is passionate about educating people about the role that relationships and interpersonal friction have on the success or failure of projects. Today, he leads a team of 12 facilitators delivering project management and leadership workshops that embody this philosophy of focusing primarily on team relationships to over 2,000 people each year. Mr. Brosseau has volunteered with… Read More
More Articles Like This
Negative Synergy
System Kaleidoscope, Not System Change; Industrial & Knowledge Revolution Synergy, more!
Negative Synergy
Exploring the Synergy Between Business Process Management and Personal Knowledge Management
Artful and Industrial Making
New Research
Copyright © 2022 Arthur D. Little  |   All Rights Reserved. Privacy Policy | Terms of Service