In the Digital Game, It’s the Survival of the Fittest 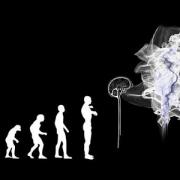 It has come to pass: software has eaten the world.

In 2011, Marc Andreessen used this imagery to describe his personal vision of what was then still to come: “My own theory is that we are in the middle of a dramatic and broad technological and economic shift in which software companies are poised to take over large swathes of the economy.” Today, this is accepted lore and is not limited to Silicon Valley:

[T]he digital economy is worth US $11.5 trillion globally, equivalent to 15.5 percent of global GDP and that has grown two and a half times faster than global GDP over the past 15 years.

The world has woken up to the increasing importance of software, and the question now for businesses every­where is not whether to embark on a digital transformation of their business, but how to trans­form suc­cessfully — and as soon as possible. For new businesses, digital is not a question but a given.

But digital transformation is not an end point; it is just a beginning. By going digital, your organization is only entering the game. To actually play and win, it is not sufficient to build a great digital product or service just once. Rather, it is imperative to continuously evolve your digital solutions to keep meeting the needs of your users and your market. After successful transformation, you need to master software evolution.

Starting in 1974, Professor Manny Lehman and his col­leagues famously sought to capture important insights regarding software evolution by formulating a series of Laws of Software Evolution. Though these laws predate the dawn of our digital economy by several decades, let’s review three of them for clues they hold to help us evolve our digital assets:

While these laws tell us that evolution is necessary (first law), potentially self-defeating (second law), and knowledge-bound (fifth law), they do not identify the actual sources of evolutionary pressure. How is it, exactly, that software “becomes progressively less satisfactory in use” as time passes?

As in biology, changes in the environment fuel evolution. For business software, the environment is the marketplace. As Figure 1 illustrates, we can readily identify five types of market forces:

While these environmental factors fuel software evo­lution directly, they also have a significant indirect effect. Each change inevitably introduces bugs. As a result, the initial change indirectly leads to the need for further changes (bug fixes) down the line.

These (direct and indirect) evolutionary pressures from the marketplace explain Lehman’s first law of software evolution (continuing change). But, according to laws two (increasing complexity) and five (conservation of familiarity), such evolution rapidly runs into problems if the size and complexity of the system are allowed to increase unchecked.

Survival of the Fittest

These problems are not imaginary. When seemingly small feature requests take ages to complete, when stability problems appear impossible to stamp out, when developers are afraid to break the system when making a change — these are the symptoms that your digital asset has evolved into a liability.

Unable to relentlessly keep evolving your software portfolio, your business will lose competitive power and will fall behind. Your team will waste its time and focus on software that does not make a competitive difference. The experience of your users will become unremarkable, and you’ll find yourself making excuses rather than delivering on your promise.

Only the fittest survive in a world that is being eaten by software. Those that do not evolve at the right pace in the right direction will see their software eaten by the world.

[For more on this topic from the author, see “The World Is Eating Your Software.”]

Is Software Eating the World?

The rise of software represents the biggest single hurdle and opportunity to business. This Cutter Business Technology Journal issue explores the potential that software can unleash and the inevitable disruption that will be required to seize this potential. Cutter members, read the issue. Not a client? Purchase the issue.

Joost Visser
Joost Visser has held various leadership roles for the past 12 years at the Software Improvement Group, a technology-based consultancy firm that helps organizations get and remain in control of the software their businesses rely on. He has written numerous publications on measuring and managing software quality and economics and is the author of Building Maintainable Software and Building Software Teams. Dr. Visser is Professor of Software… Read More
More Articles Like This
Get It Right: Evolutionary Pressures on Business Software
Mastering Sustainable Software Evolution
The World Is Eating Your Software
3 Implications of Changes in Software Development
The Cutter Edge: Survival of the Fittest, Software Delivery Talent Wanted, Industry 4.0 Skills Shortage