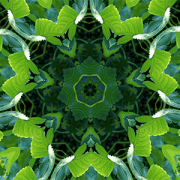 Rachana Shah explores system stability and points of intervention in a specific, highly complex system: the New York City Waste system. Shah uses systems theory to analyze specific actors and their actions to reveal key leverage points for change within the system. She prioritizes the leverage points by their potential for impact on the system, elucidating exactly what each leverage point can change, who will be affected by the change, and what effect the change could have on the system. She then explores the negative feedback processes that resist systems change, pointing out that the higher in impact a leverage point is, the more a system will resist it. Shah’s analysis demonstrates how actors can decompose a system into subsystems, identify key change points, and prioritize each change point by balancing its potential for impact against its potential to generate negative feedback from the system that cancels out the impact of the leverage point. Her focus on actors and their actions raises a valuable point for systems analysis. The way you analyze a system influences what you believe to be the key leverage points in the system and influences the effectiveness of systems change strategies built from that analysis. Conceptualizing the waste system as actors and actions highlights leverage points related to actors themselves. However, this way of viewing the system may obscure system processes and leverage points not related to actors, such as technological leverage points around material production and distribution or biophysical leverage points around waste decomposition.
About The Author