Technical Debt Is Not Debt; It's Not Even Technical 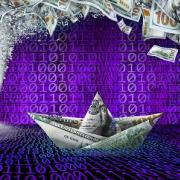 Take a minute and write an answer to the question, “What is technical debt?” Then read this Advisor and reread your answer — and see if it still makes sense.

Technical debt is a common term in technology departments at every company where we’ve worked. Nobody explained technical debt; we assumed it was a fundamental property of the work. We never questioned our understanding of it until we discovered a paper by Edith Tom et al. entitled “An Exploration of Technical Debt.” Turns out, we didn’t understand it at all.

Now, one major concern in academia is rigor. Academics like to get deep into a topic, examine the nuances, and bring clarity. After thoroughly reviewing more than 100 seminal papers on technical debt, we saw it as an amorphous ghost, with enormous differences and inconsistencies in its use. Next, we began looking at it in practice, asking colleagues, ex-colleagues, and working technologists, but couldn’t find a satisfactory explanation for it there either. Ultimately, we went back to the original source to figure out the history — and get a sense of its evolution.

One thing that is agreed on: the term technical debt came from Cutter Consortium Fellow Ward Cunningham. Cunningham is the inventor of the wiki and a tech legend. In the early 1990s, his team was building a piece of financial software, and he used a metaphor from the world of finance to explain to his manager how the team was working. As he later explained in a paper at the OOPSLA conference in 1992:

A little debt speeds development so long as it is paid back promptly with a rewrite. Objects make the cost of this transaction tolerable. The danger occurs when the debt is not repaid. Every minute spent on not-quite-right code counts as interest on that debt. Entire engineering organizations can be brought to a stand-still under the debt load of an unconsolidated implementation, object-oriented or otherwise.

The metaphor quickly became part of standard technology discourse. Because the conference focused on object-oriented development, it took hold in that community. Popular tech authors such as Martin Fowler and Steve McConnell soon took it on, helping it become part of the broader language in software development. Today, the use of “technical debt” has become commonplace, from a mention in a single paper in 1992 to over 320 million results from a Google search as of July 2021.

Over time, Cunningham saw the term shift to signify taking a shortcut to achieve a goal more quickly, while intending to do a better job in the future. In 2009, dissatisfied with how the metaphor had mutated, he clarified the use of technical debt in a YouTube video. Cunningham disliked the notion that technical debt signified “doing a poor job now and a better one later.” This was never his intention. He stated:

But it was too late. By that time, the metaphor had outgrown his initial intent. It was out in the wild, excusing terrible decisions all over the globe. Technical debt now represented both debt taken on intentionally and the more insidious form, hidden or unintentional debt — debt taken on without the knowledge of the team. It had also moved past code and spread to areas as varied as technology architecture, infrastructure, documentation, testing, versioning, build, and usability.

Technical debt allows practitioners to look at tech delivery through the lens of debt. Is this an appropriate lens? Debt repayment has one vital characteristic: it is easy to understand. Debt repayment has three properties that are straightforward to grasp — principal amount, interest rate, and term (i.e., length of time to repay). But when comparing technical debt, there is no agreement on the principal, no agreement on the sum owed. There is no concept of an interest rate for technical debt because technologists individually evaluate each project as a unique artifact. Finally, term length isn’t a fixed concept in technical debt — in fact, Klaus Schmid even argues that future development should be part of the evaluation of technical debt.

Enormous effort and energy have gone into trying to calculate an accurate number for technical debt across many technology and academic departments. Unfortunately, trying to glue a direct mathematical representation to a metaphor seems to have failed. The idea of technical debt as a type of debt doesn’t hold up well in this light.

Once we realize that technical debt is a company-wide concern, we can no longer consider it technical, this label is too narrow and doesn’t communicate its significance. In fact, our current ongoing research shows that technical debt may even have an impact beyond the company, and we need to take an even broader view (its effect on society as one example).

The most important takeaway: we must broaden our awareness of technical debt. In the same way that company executives examine financial cash flows and sales pipelines, we must communicate the consequences of taking on technical debt to this audience. Our most important challenge is to find a shared language to help business stakeholders understand the importance of unknown decisions made in technology departments.

Finally, look back at how you defined technical debt at the beginning of this Advisor. Do you communicate the action or the impact? Is it suitable for a business audience? What is?

Mark Greville
Mark Greville is VP of Architecture at Workhuman. He is obsessed with creativity, design, technology, and retaining his humanity. He is a Certified Information Technology Architect Professional (CITA-P); a member of the computer science advisory board at Maynooth University, Ireland; and a member of the BIS Practitioner Research Group at University College Cork, Ireland. Previously, Mr. Greville was Head of Global Risk Analytics EMEA (Europe,… Read More

Paidi O'Raghallaigh
Paidi O'Raghallaigh is an innovation consultant, a member of the global lecturing panel at the Irish Management Institute, and an Adjunct Professor in innovation at University College Cork (UCC), Ireland. He has more than 25 years’ experience working on innovation and research projects across a range of industries, including healthcare. He has been published in leading academic and practitioner journals. Previously, Dr. O’Raghallaigh was… Read More

Stephen McCarthy
Dr. Stephen McCarthy is a lecturer in Information Systems, and a co-director of the MSc Business Information and Analytics Systems postgraduate programme in University College Cork, Ireland. He holds a Ph.D. and MBS (Information Systems) degree in the National University of Ireland. Stephen's research centres on three areas: (i) knowledge sharing in diverse IT teams, (ii) technology adoption and use, and (iii) the societal implications of IT. He… Read More
More Articles Like This
Addressing Technical Debt
The Human Flaws of Technical Debt
Implementing a Technical Debt Prevention, Measurement, and Reduction Program in Your Company Webinar
A Policy Maker’s Definition of Technical Debt
Technical Debt: It's Not the Real Problem
New Research