Trustworthiness: A Mouthful That Shouldn’t Leave a Bad Taste 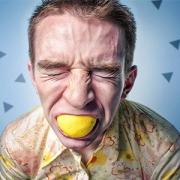 Cutter Consortium Senior Consultant Claude Baudoin addresses the issue of trust, or mistrust, in the information we rely on to stay informed or to make decisions. He writes, “This article is not a definitive proposal to achieve the elusive goal of knowing what we can trust, but rather a set of per­spectives and considerations to justify the urgency of addressing this issue.” Some reasons for our untrusting mindsets include “deep fakes,” voting sys­tems breaches, bias in decision algorithms, unknown sources of email, insufficiently secured IoT systems, and robocalls.

“What can you believe?” has recently become a visible social issue, one that is critical to the proper functioning of our societies. Establishing a degree of confidence in information has also become a complex technical issue, one that may drive a number of changes in the fabric of IT. This article is not a definitive proposal to achieve the elusive goal of knowing what we can trust, but rather a set of perspectives and considerations to justify the urgency of addressing this issue.

Trustworthiness is defined as “the ability to be relied on as honest or truthful.”1 The word appeared in English in 1820, reached its first peak of popularity in 1890, declined until 1960, then went up the charts, and is now still increasing in frequency,2 for reasons with which readers should be all too familiar:

The latest scary scenarios come from the proliferation of insufficiently secured Internet of Things (IoT) sys­tems. According to the director of the US Cybersecurity and Infrastructure Security Agency (CISA), “CISA is currently aware of a system that controls water pumps, one controlling an oil and natural gas facility, and one controlling emergency management equipment that can be accessed without a password and modified by anyone with an internet connection.”4 Now, consider this:

By now, you should get the idea that trustworthiness is a key challenge to the integrity of just about everything that happens around us and to us — of the systems we use, of our electricity supply, of our forms of government, of our financial security, of the decisions that lead to war or peace, and of our reactions to worldwide existential threats such as climate change or epidemics.

So, what’s next? Unfortunately, if history repeats itself, the situation will get worse before it gets better. But that isn’t reassuring.

Part of the answer must lie in the traceability of infor­ma­tion as it propagates, as hinted at in the proposed SBOM, discussed above. Let’s now imagine a world in which:

What will it take to get to this ideal world? Probably a multipronged approach, which will require several years, if not the entire decade that is now opening:

Technology will play a role — including public key infrastructure, blockchain, a redesign of Internet protocols, and more. But this is not just a technology challenge. It is a fundamental reexamination of an age-old question: “Can I trust you?”

Claude Baudoin
Claude Baudoin is a Senior Consultant with Cutter Consortium's Business & Enterprise Architecture and Data Analytics & Digital Technologies practices. He is a proven leader and visionary in IT and knowledge management (KM) with extensive experience working in a global environment. Mr. Baudoin has 35 years' experience and is passionate about quality, knowledge sharing, and providing honest and complete advice. There is today a… Read More
More Articles Like This
Autonomous Systems: How Can They Help with COVID-19?
Measuring ROI for Social Media Initiatives
Did Bad Data or Bad Modeling Contribute to Financial Meltdown?
Location Is Not Enough
Blockchain's Role in Digital Rights Management
New Research