Blockchain Rising, Part I: Status in the Enterprise 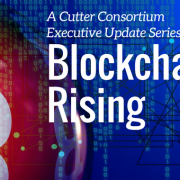 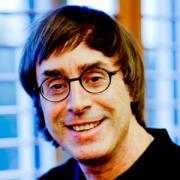 Blockchain (a shared, immutable ledger for recording the history of transactions) first caught the world’s attention when it appeared as a platform for securely sharing cryptocurrencies like Bitcoin among anonymous users on public networks. Today, the technology is generating considerable interest across many industries — ranging from banking, finance, and insurance to healthcare, government, retail, and manufacturing.

Organizations are now using blockchain to develop a new breed of transactional business applications designed to embed trust, transparency, efficiency, and accountability into the process of sharing and transferring a broad range of assets in a business network. Today’s blockchain applications are not limited to handling currencies. Assets ranging from equipment, warranties, and artwork to healthcare records and shipping data can now be shared, exchanged, or transferred via a blockchain network more efficiently, and with greater collaboration and less risk to stakeholders, than is customary using traditional practices.

But what is the actual status of blockchain adoption within organizations today? And what are their plans for applying the technology in the near future? In what ways do they view blockchain as a potential disruptor to their industry? And, finally, what issues do they see as hampering their efforts to use blockchain technology?

Receive your complimentary copy of the second article in this Cutter Consortium series when you fill out our special offer form. Discover how organizations like yours are budgeting for blockchain technology. Read It Now.

To answer these and other key questions, Cutter Consortium has been conducting a survey to gain insight into how organizations are adopting — or planning to adopt — blockchain technology. We are also seeking to identify important issues organizations are encountering or foresee encountering in their blockchain efforts. In addition to gathering and analyzing the survey data, I have been conducting telephone interviews with leaders and practitioners from different organizations who are implementing or working to implement blockchain applications. Their opinions and recommendations on using the technology adds some depth and richness to the survey responses and will, we hope, contribute to blockchain decision making at your organization.

This Executive Update, Part I in a series, examines initial survey findings pertaining to the following:

The survey findings presented in this Update are the initial results from our (still-ongoing) survey and are based on the answers of 79 organizations worldwide of various sizes. I also draw from discussions with respondents whom I interviewed to gain additional insight about blockchain issues. Where applicable, anonymous quotes from these practitioners are included.

We include this information to show that our findings are based on a sample of organizations located (i.e., headquartered) in various geographic regions, consisting of a broad range of small, medium-sized, and large companies with yearly revenues ranging from under US $50 million to over US $50 billion. The largest group of respondents hails from financial services companies; notably, however, the survey has also received input from organizations representing a range of industries as well as government and the military.

Status of Blockchain in the Enterprise

The big question is, to what extent are organizations actually adopting, or planning to adopt, blockchain? As Figure 2 illustrates, fewer than 10% of surveyed organizations are currently implementing blockchain technology, while another 10% plan to implement blockchain within one year.

Interestingly, interviews with survey participants reveal an extensive interest in blockchain. The following quote has been a typical answer when asking respondents about the level of interest they are seeing regarding blockchain technology:

I’ve been participating in blockchain seminars in Norway and have seen 600-700 people attending every time. And that’s a huge number of people (for Norway). What I like about the blockchain concept is that you remove insecurity and you establish trust where there is no trust in the beginning because you have a secure way of sharing your information, and you are certain it cannot be tampered with — at least not very easily. It is very difficult to change data in a block. You are almost 100% certain that it is what it is. That’s the idea of the ledger: that you have the transactions and that they are never changed. So you carry the “truth” with you all the time.

The bottom line: most organizations “doing blockchain” are still experimenting with the technology (41%) to validate its potential (e.g., to develop a better understanding of blockchain functionality, to identify and evaluate use cases). Moving forward, and taking into account surveyed organizations’ future plans, we should begin to see an increase in the deployment of blockchain applications within the next 12-24 months. During this time, we should also expect to see an appreciable uptake in organizations building prototype applications as they move beyond the technology investigation stages.

One caveat is that almost 40% of respondents do not know to what extent their organizations are using blockchain. So there is definitely room for movement in our findings when we eventually finalize our results in the near future; however, I do not expect our final results to vary significantly from what we are reporting in this Update.

Who Is Taking the Lead on Blockchain?

Figure 5 shows the groups or teams that appear to be taking the lead for adopting blockchain into the organization. The overwhelming trend is for IT or innovation groups to be responsible for bringing blockchain into the organization. These two groups far outstrip all others when it comes to leadership for blockchain adoption; indeed, nearly half of survey respondents report that these groups are primarily responsible for blockchain technology adoption, with R&D, business strategy, and digital transformation groups/teams trailing a very distant third, fourth, and fifth place, respectively. Other groups cited by survey organizations as leading their blockchain efforts include enterprise architecture, security, the registrar’s office (for universities), and their partners.

A follow-up question asked why this particular group or team was chosen to take the lead on blockchain. In many cases (but not all), survey respondents claim that it was not so much that these particular groups were picked, it was more that they were the first to realize the potential for blockchain and thus took the initiative to explore the technology. Consequently, at least for these organizations, the blockchain effort is not being mandated from above.

It’s quite logical that these groups — IT, innovation, R&D, business strategy, and digital transformation — are the groups initially in charge of blockchain since they are typically responsible for discovering and evaluating new technologies. But survey participants also believe that eventually the project will be handed off to the group or department responsible for where blockchain will eventually be applied in production (e.g., trading, supply chain, lending, Internet of Things [IoT], warranties).

Some respondents, however, did indicate that their groups were specifically chosen to lead the organization’s blockchain initiative, suggesting various reasons for doing so:

Some interviewees claim that their organizations are taking a hybrid or combined group/team approach to support their blockchain initiative. Specifically, they see this as key to the eventual successful outcome of their efforts:

We’re trying to arrange things a bit different. We started with a small group of IT people and R&D, and we also have a special group for digitalization — and we are getting input from all of them. In addition, we have some communication with sales and marketing because, even though they are not technical, they see that their prospects and their clients are starting to discuss and ask about blockchain. So they want to participate. And I think this is a good idea because they [sales and marketing] might give us the right ideas on how to focus and how to get this [blockchain] started. I think it is very important in order to make sure the project is successful, if possible, that you have the market with you, because blockchain is all about communication and sharing information the fastest way possible. So you need to have your customers and stakeholders involved as well [in the project]. This is not an IT thing or some­thing you will do in your data center like we do currently with databases — today we have large data storage in the center of the company. Blockchain will not be in the center of anything — it will be distributed.

The strategy of involving multiple groups (IT and business, etc.), customers, and other stakeholders in the blockchain development/thought process, even though some may not be so technically minded, is important because it can lead to better synchronization as well as a “meeting of the minds” when it comes to scoping the project’s technical and business requirements:

I would think that those guys are going to be the blockchain trailblazers, because as a professional and someone who has worked in IT for a long time, we may not have a good history of taking new technology and applying it to the right use cases. I think it’s got to be a partnership with the folks on the business side who understand or have the need. Basically, if you can have them articulate the need and the use case, partner with the technology provider, and then get that kind of good relationship between business and IT, you can successfully implement something that adds value for the business group. And then you’ve added value, or you’ve removed costs, or increased efficiencies, etc. — basically added some sort of benefit.”

Our research points to several key findings pertaining to the status and adoption of blockchain in the enterprise:

Part II of this Update series focuses on survey findings pertaining to budgets for blockchain in the enterprise and the benefits organizations hope to achieve with their blockchain initiatives. We will also examine the main issues hindering efforts.