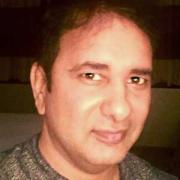 Agile methodologies, however popular they are, bring their own sets of “smells” and anti-patterns to the table, sometimes causing irreparable damage to the team. While the sources of these smells are many, one of the primary culprits is the mindset that treats Agile as “yet another methodology,” totally ignoring the cultural aspect. This article throws light on some of the prominent smells that are emerging of late in the Agile world.

While the early days of Agile grappled with and found solutions for some of the problems pertaining to “hybrid Agile,” “waterfalling sprints,” and “command-and-control agility,” the issues like middle management resistance and “my Agile versus your Agile” remain. Introduction of new frameworks led to more smells being introduced. The framework wars between various experts made it even worse. The result of all this is predictable: people blame Agile for their own wrong implementations.

In a recent publications on anti-patterns, Todd Little calls out some smells as the “Seven Sins of Agile” in his submission to Agile India 2016 Conference. Little beautifully articulates how the Agile Manifesto is being violated in multiple ways. He covers over 30 smells grouped in the seven sins listed out as:

It’s a great reference for anybody interested in knowing what’s currently going wrong with the Agile world. Holger Paffrath brings forth a few more anti-patterns pertaining to Scrum ceremonies in Dzone’s November 2016 publication. Al Shalloway lists some basic anti-patterns at scale on his blog.

The adoption of frameworks such as SAFe, DAD, leSS, and Kanban complicated this problem further. In this article, we focus on some of the anti-patterns arising out of scaled practices.

Defining the Themes, Portfolio Items, and Stories Too Early or Too Late

It’s very common nowadays to have proxies for the product owners and managers, especially in scaled Agile environments. The backlog items written too late would pose problems in planning and if they are written too early, the proxies may not retain all the information in their heads at the planning meeting. This may lead to the need to excessive documentation which negates the very objective of writing stories and the other backlog items.

While transition to Kanban from Scrum is considered a part of natural progression and maturity, a move just for the purpose of avoiding ceremonies (read accountability) and documentation is bound to backfire. An amateur Scrum team jumping to Kanban is very likely to drive itself to worse consequences.

It’s not so uncommon for the programs run in the waterfall mode while the implementation teams run Agile. While the teams use Agile metrics to track progress and provide forecasts, the program teams still run their activities in command-and-control mode over a waterfall scenario. This creates a serious gap between the program and the implementation teams that only widens as the time progresses. Converting multiple sprint plans into a single Gantt chart is never a totally useful exercise.

Planning Too High or Too Low and Not Sharing the Vision

It has been observed on some scaled teams that the planning practices are not mapped across the different levels. For instance, there could be a program at a very high level vision that asks the product owners to develop the user stories and pass them on to the Agile teams. If the program team doesn’t share the vision with the team, this leads to a scenario wherein the team lives sprint to sprint and misses the big picture whereas the program is focused on the vision and has no idea what goes on at the team level. This “missing map” is sure to cause a lot of disasters, going forward.

A few leaders, in an attempt to take Agile leadership to the extremity tend to transform themselves into a totally hands-off set of facilitators. This brings in the laissez-faire style wherein things take their own course with a free-for-all approach. This smell stems from the lack of commitment on the part of the leaders to strike the right balance between too much of control and complete lack of it.

Bhardwaj Velamakanni
Bhardwaj “Bhard” Velamakanni is an Agile and Lean coach, trainer, and transformation leader, helping his clients find their Agile mojo and get better at what they do. He specializes in transitions at scale.
More Articles Like This
Challenges in Introducing Agile Practices: 2 Common Anti-Patterns
More Patterns for Kanban Boards
Enterprise Architecture Anti-Patterns
Agile in Balance: Collaboration and Specialization
The "Anti-Productivity" Argument 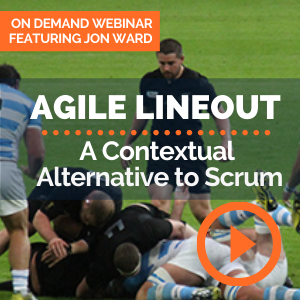 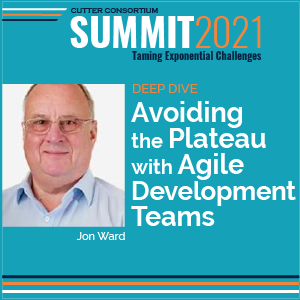