FinTech Startups vs. Banks in 2016: Competition or Cooperation? 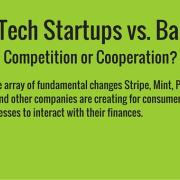 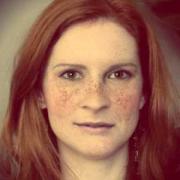 While the rise of financial technology companies and services has been gradual and steady over the years, beginning perhaps with the founding of PayPal in 1998, there’s been a particularly explosive boom in this sector just in the past couple years, with a new FinTech startup sprouting up nearly every week and disrupting the financial game in a major way. Indeed, companies like Stripe, Intuit’s Mint, Payoneer, and even such developments as Apple Pay are offering an array of fundamental changes in the many ways consumers and small businesses interact with their finances.

These disruptions, whether they be simpler peer-to-peer electronic money transfer services or infrastructures to allow companies to integrate payment platforms on their websites without the need for a merchant account, come at a time when it’s more difficult than ever to qualify for a mortgage or take out a personal loan. In the wake of post-2008 regulatory clampdowns and banks tightening their purse strings, new companies like Lending Club, a peer-to-peer crowdsourced marketplace for borrowers and lenders, are taking major steps to get some skin in a game that has, until now, been completely monopolized by banks.

The banks are taking notice in the midst of all this disruption. Many major players in the financial world are calling for increased regulation of FinTech startups, citing relative freedom in the FinTech world compared to the highly regulated marketplace in which banks have traditionally worked. Naturally, governments and regulatory agencies have become involved, but not necessarily always on the side of the banks. Some top-notch business consultants (Toptal’s acquisition of Skillbridge is something to watch out for in this space) in the financial world have “defected” to the FinTech realm. Additionally, some government regulatory bodies are going so far as to open up banks’ growth processes and value chains and decrease regulation for startups in order to allow FinTech companies to compete with financial giants. These trends suggest that increasing competition, or at least communication, between banks and FinTech will result in a mutually beneficial relationship.

The question then becomes, what is the nature of the relationship between banks and FinTech startups in 2016? Is it one of competition or cooperation? Are the banks in trouble, or are they too powerful to be toppled by these new companies with much fewer resources at their disposal?

One thing that is clear about the current market is that FinTech startups could not exist without banks. Since the vast majority of consumers use banks to store their money, almost all services currently offered by FinTech companies rely on financial information about users that only the banks have access to. Many FinTech companies, however, have cutting-edge technology that banks don’t have (e.g., algorithms to read and identify types of purchases in order to automatically generate a monthly budget), and this competitive advantage keeps them in the game. In the current climate, then, it seems that there’s much more of a give-and-take relationship between FinTech and banks; one that both institutions would be wise to capitalize upon.

Should the banks decide to leverage their competitive advantage (namely, access to consumers’ financial information) against FinTech startups, it could mean big trouble for these new companies, which lack the resources or household name recognition to seriously compete without this information. This leveraging would, however, require a pretty serious investment of time and resources on the banks’ part and might facilitate a major overhaul in the way banks have traditionally operated.

This is where FinTech comes in. It’s no secret that FinTech startups are often on the cutting edge of new ways to utilize consumers’ financial information. There’s a reason these startups are proving to be such a disruptive force in the financial sector, and it’s mainly because they have found ways to analyze users’ information in a way that provides crucial insight that consumers can use for their own financial planning and decision making. Data analytics is the number one driver of financial innovation, and startups more so than banks have been on the cutting edge of using cloud-based data services to provide more personal financial insight than ever.

With this understanding of the relationship between FinTech and banking institutions, perhaps it makes sense to refocus the perspective as we look forward to the industry’s progression in 2016. Maybe disruption and competition aren’t the correct terms and instead we can view it as a relationship of competitive cooperation. The proliferation of FinTech startups will only continue so long as these companies have access to information that the banks hold (or until they gain that access themselves and become household names as big as banks), while banks will continue to rely on FinTech startups to supplement their own offerings and provide the technological innovation to move the industry forward.

Ellie Martin
Ellie Martin is cofounder of Startup Change group. Her works have been featured on Yahoo! Wisebread, and AOL, among others. She currently splits her time between her home office in New York and Israel.
More Articles Like This
What’s Next for Banks?
Beyond Fintech: New Frontiers — Opening Statement
Securing Mobile Platforms with Biometrics: Opportunities and Challenges
Wearables in Banking
What Models Are Banks and Insurers Adopting to Drive Digital Transformation?
New Research