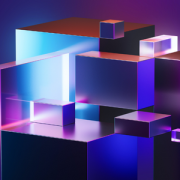 The most important development involving the application of artificial intelligence (AI) over the past year is the introduction of generative AI systems as exemplified by OpenAI’s DALL-E and ChatGPT programs. Simply put, although only recently introduced, generative AI is already dramatically influencing the commercial use of AI. And its fast, widespread adoption holds far-reaching technological, social, and business implications — including for the democratization of AI.

Generative AI systems are now available that can automatically generate images (including high-resolution photos and surrealistic painting-like art), detailed writing (e.g., syntactically and grammatically correct letters, articles, and documents), video and sound (including voice and music), and even computer code — all based on user-supplied text input. Other generative AI technology in development include programs for auto-generating 3D objects, including for creating avatars for virtual reality and the Metaverse, and for architectural modeling and 3D printing applications.

Although DALL-E and ChatGPT tend to receive the most attention, a number of similar generative AI programs are available from other companies that provide the ability to generate images or text from user prompts. And new offerings seem to appear each day — including commercial products from companies that are embedding the technology within their own offerings.

Within their short existence, generative AI systems have received massive interest, with millions of people already using the technology. Indeed, Greg Brockman, President and Cofounder of OpenAI, tweeted that more than a million people were using ChatGPT within the first five days of its launch.

In fact, I’m hard-pressed to think of any other available technology that has captured the attention of techies, businesses, consumers, educators, the media, and creators (in general) to the degree that generative AI has. This is readily apparent in the media, with so many articles having appeared recently exclaiming that they were “written” using ChatGPT, that I feel obligated to offer the disclaimer here that this article was not written using ChatGPT.

In short, the social and technological impact of generative AI technology is so great that it is forcing us to not only consider what is required to ensure the responsible and fair use of the technology, but to even question what it actually means to be a “writer,” “artist,” or other “creator.”

Please don’t get me wrong. Consumers obviously benefit from corporate AI applications. For example, by getting their credit quickly approved, by being able to ask Siri to play a song on their smart speaker, or through the use of computer vision that allows their favorite social media platform to automatically identify and tag their friends appearing in photos posted on Facebook or Instagram.

But the primary benefit gained from using AI (in general) has mainly gone to the company that deployed the application (e.g., more loans approved, the creation of more comprehensive customer profiles, or increased sales due to better targeted advertising placement).

Again, please don’t get me wrong. This makes perfect sense. The point I’m trying to make is that with the introduction of generative AI, we seem to be witnessing a change in who is able to reap more direct benefits from its usage. In a sense, we are seeing an actual democratization of AI because the power of the technology is being placed in the hands of consumers who are now able to more directly benefit from its capabilities.

Consider, for example, that almost anyone can now use ChatGPT to create a cover letter for a job they want to apply for or to help them write a screenplay, book, or instructional program. Similarly, they can use DALL-E, DeepAI, JasperArt, MidJourney, Stable Diffusion, or other AI art generator programs to readily create illustrations for that screenplay, book, or educational lesson. Moreover, people are now selling the books, images, and other publications and art they’ve created with generative AI programs on Amazon, Shutterstock, and other online platforms. I'm even seeing books for sale — written using ChatGPT — that explain how to use ChatGPT.

The bottom line: generative AI is almost certain to undergo further widespread dissemination. This will be especially the case if Microsoft carries through with its widely reported plans to embed the technology in upcoming versions of its Bing search engine. Other sources indicate that Microsoft is working to add generative AI capabilities to various Office and Outlook programs. If these and other similar developments (will Google not do the same with its search engine?) take place, generative AI will become just another tool readily available to consumers. This would, in fact, represent the actual democratization of AI.

Finally, I’d like to get your opinion on generative AI, including perceived benefits and issues. Also, do you think that generative AI will lead to the democratization of the technology? As always, your comments will be held in strict confidence. You can email me at experts@cutter.com or call +1 510 356 7299 with your comments.