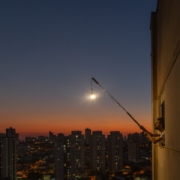 In the previous Advisors in this series (“Learning to Lead Collective Creativity from Miles Davis,” and “Learning to lead Collective Creativity, Part II: Leading So That No One Is Following”), we described leadership practices that enable teams to engage in collective creativity toward the best possible (novel, relevant, valuable) outcome. We looked at jazz legend Miles Davis’s relational techniques that made space for new creative actions to emerge, as well as the shared leadership practices of string quartets that implicate everyone in every moment of the creative process toward a synergistic whole. We suggested these practices are relevant to innovative team work across a range of industries, and promised to next take a look at the particularly entrepreneurial qualities or acts that are part of this way of leading.

First, let us briefly clarify what we mean by “ensembling” — that kind of collective creativity that particularly interests us. Ensembling describes a highly interdependent and improvisatory collective process in which team members engage heterogeneous talents and perspectives and respond to dynamic contextual information to rapidly generate variation, push the boundaries, and iterate toward the creation of an emergent, coherent, and novel outcome. Teams with ensembling capabilities regularly outperform other kinds of creative groups.

Ensembling being a relational act, entrepreneurial leadership attends to relations and relational dynamics, rather than to individuals, and to socially creating the team capable of ensembling. This approach proposes to make leadership into a force that is manifested collectively. If we again turn to the example of Miles Davis, we see a distinctly relational constitution of leadership. By alternately leading, then handing over leadership and keeping quiet as a leader, Davis created space for others to take leadership actions, and motivated acts of leadership from among his group without dictating what those actions should be. His actions were similar to those of parents teaching their kids something new: motivate and inspire, illustrate, then move out of the way to make room.

Entrepreneurial leaders also exercise a visionary faculty we can call “fabulation” — the act of making manifest images of “what could become” to motivate and inspire. Fabulation can be performed in words (e.g., a rousing speech or verbal guidance or feedback) or in action, as Davis did when he exercised the force of his focus and attention to shape the event or performance. Fabulation involves exercising one’s imagination to skilfully perform a narrative that affects the other. According to the philosophy of Gilles Deleuze, affect functions to produce suspense, in which we break free from the continuity of reason; it creates a pause during which we become more receptive to new input, and our capacity to be affected and to affect others increases.

Fabulation calls into being a time of passion, in which we become affected by the other’s capacity, so as to affect the other. In other words, we allow ourselves to be changed by the other, and in doing so make the other more receptive to be changed by us in turn. In this relational space in which we affect one another — based on trust and curiosity for one another’s capacity — producing, performing, and becoming in novel ways results. When guided by a passionate curiosity for the capability of people, an entrepreneurial leader embraces heterogeneity and seeks differentiating acts — those acts of variation, experimentation, and play that cannot be planned or anticipated and that surprise even the maker. These are acts that are increasingly probable when a group of individuals perform them together. Here one leads in order to become led — in the sense of being inspired, surprised, moved, or called to action. Impassioned, the leader comes out with increased capacity to affect.

The postindustrial innovative economy requires that the management component in leadership is toned down for the enlargement of the entrepreneurship component. Entrepreneurship, like leadership, is not primarily economic acts, but creative acts that enable creativity (and that create economic opportunities as well). Entrepreneurial leadership is then not about producing consumers of your ideas, but about creating a collective body of leaders, mobilized to act in ways that enlarge opportunities for all involved.