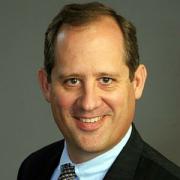 Those of us who have been in IT long enough have all witnessed it: the pride tax.

What is the pride tax? It is the amount of money organizations overpay for bad technology decisions. The pride tax takes many forms: runaway enterprise systems projects that persist because leaders don’t want to admit mistakes, choosing wrong vendors based on personal or short-sighted reasons, getting too attached to a set of tools or architectures then defending them at all costs, or even making strategic errors based on unquestioned acceptance of (so-called) best practices or the status quo.

Many large-scale software projects suffer from a sunk-cost bias and a commitment to prior mistakes costing millions. Often staff lower in the organization can see the gap between what is and what could be, yet quietly grumble. So too can top executives, who often downplay the gap, believing the large cost is unavoidable or can be remediated in some way, avoiding painful conversations. In some cynical cases, top project leaders bide their time until they can bolt for their next gig. The organization blunders along.

Some vendors are fond of the assumptive close, where a few interactions early (under the guise of relationship-building or education) lead to closed deals later. Some manipulative sales teams approach each interaction with an assumption that you will buy their solution — and a corresponding fear that you will be looking at competing products. This ingratiation makes it uncomfortable for prospective clients to reject deals, and works some of the time, leading some to deploy the incorrect technologies. Some people newer to the IT red carpet enjoy the attention or flattery of the announced deal. Some just can’t bring themselves to have difficult conversations soon enough.

Technologists often get quite attached to their tools and their vendors, and so debates about technical choices descend into emotional or religious fights without a full understanding of the features and advantages of the other tools. Pride keeps some of these folks blind, and causes them to make suboptimal technology purchases. Those higher up in IT sometimes listen more closely to some whispers than others and, absent a deep knowledge of the particular technology, can agree to the wrong thing.

But probably the most common of errors are strategic or conceptual ones where the decision makers are unaware of factors beyond their immediate field of vision. IT teams will frequently select a technology without looking more carefully at other options, without reframing the problem in different ways, without challenging the decision with devil’s advocacy or alternative viewpoints. In many cases, solutions are chosen on a specific set of features without the teams thinking more abstractly or broadly and finding very different technologies to solve the same problem. Many IT teams are stressed because of demands for rapid delivery. This can cause a narrow fixation on the present problem, a premature and errant purchase, and in the long run, cost overruns and rework.

When the going gets tough, the tough go shopping — badly. At the root of many problems are decision makers and teams convinced that a fast decision is much better than a slower one. If only this were so simply true. There are bad decisions and good decisions and fast decisions and slow ones. Sometimes in order to speed up implementation, you have to slow down planning.

Working with my teams several years ago, we were choosing between two key vendors for an enterprise system module. Both vendors had solutions on par with each other. Both vendors had diehard enthusiasts within the IT and business community. The differences between the vendors’ ability to execute over the long term got overlooked in the scuffle. It turned out the vendors’ intentions in the market were significantly different. One vendor had a higher demonstrated commitment to the industry segment and, years later, the vendor with less fortitude retreated. We learned the importance of asking difficult questions from different angles at the right time. Fortunately, we avoided a bad decision simply by asking a single question: “Which vendor had more to lose?”

On other occasions, a very strong-willed and loud IT or business leader demands technology and executives indulge them in a purchase, or two, or three. Supporting technical and functional teams carry on, not challenging management and careful not to bring bad news early. The rest of the organization holds their tongue and bides their time while millions of dollars walk out the door.

All these errors are deeply human ones and still persist in the IT industry even after decades of IT. Why do they persist? Why are they so hard to root out?

In some cases, this pride tax is a necessary ingredient in developing successful technologists. IT and line-of-business employees need to get attached to their tools in order to master them. Developing a deep knowledge of and skill with all the various IT tools out there takes time and personal commitment. Without some form of tool attachment, I doubt anyone can get good enough. A teacher once called this kind of human behavior “developmentally appropriate, but immature,” meaning the behavior helps the person learn new skills, but it is not a behavior that would be considered fully mature and highly skillful. It is a necessary step — or even a necessary error — along the way.

IT is unlike any other tool humans have created. Other tools are not very malleable, and we have to adjust our physical technique to master the tool. To master the art of using a spear requires one to learn the unnatural physical motion in throwing the spear. But technology is bendable. While one has to learn how, one can bend it perfectly around human limitations and failings. People can select and implement technology perfectly replicating subpar or failing business processes. Zealous IT technicians can use their favorite tool as a hammer and treat all problems like a nail. In both cases, the technology is genuflecting before the altar of human failings.

Knowing how to adjust the technology while simultaneously adjusting the human behavior in need of improvement takes experience, intelligence, skill, and humility. Organizations often err to one side or the other but don’t consider this “knitting” process a strategic one. I contend it is strategic because when successfully done, organizations have an IT fit that induces the right change in the organization and adjusts to reflect differentiating peculiarities. For example, an organization can implement a customer relationship management tool “vanilla” (that is, without any changes), thus preventing them from perhaps interacting with their customers in a way that is unique, valuable, and differentiating. Wielding the IT sword requires much more cognitive skill than all other tools known to man.

While some of this pride tax is unavoidable, if not necessary, for an organization to mature in its competitive application of IT, most is avoidable. To get a handle on your organization’s pride tax, it is often useful to conduct a retrospective analysis of key decisions made over five to 10 years. This should be a frank assessment of the size of the pride tax and its nature. Many IT followers keep these mental notes in their head, often out of frustration with or resentment at how the investment was made. These employees often look like unhelpful naysayers, which is sometimes why organizations don’t want to conduct these retrospectives. Many times retrospectives themselves, in the guise of audits, come with a duplicitous agenda. This kind of witch hunt enables more pride tax behavior as it teaches future IT leaders how to avoid audits rather than how better to select, design, and implement systems.

If the organization is courageous enough to look closely, it can quantify its pride tax. Once quantified, it can be treated as a kind of technical debt, or better still, be called technical waste. With close to a worldwide spend of US $3.3 trillion on IT and IT services, and with a simple SWAG at a pride tax of 10%, that gives us $330 billion in worldwide pride tax.

Getting at the pride tax involves discussing the undiscussable, and cannot be done with defensive management and staff. Since documenting errors in decisions can be threatening for individuals, the organization needs to have a culture where that threat is reduced. Organizations that have multilateral commitment and multilateral accountability for team decisions have an advantage here.

Organizations that still cling to the belief that single individuals need full accountability and full control are at a disadvantage. Fashioning the IT tool is a team game and the team has to learn how to do this together, acknowledging both individual and team weaknesses. It requires the organization to allow, incorporate, and address disconfirming data and points of view. It requires decision makers to fund devil’s advocacy positions and support “minority reports,” where dissenters from the common view can express themselves. It requires those dissenters to have the same openness as managers. Be prepared. Often, devil's advocacy and dissenting opinion reports carry the same odor as a pride-laden and awful IT decision.

Vince Kellen
Vince Kellen is a Fellow of Cutter's Business Technology & Digital Transformation Strategies and Data Analytics & Digital Technologies practices, a member of the Cutter Business Technology Council, and a Summit speaker. He is currently CIO at the University of California San Diego (UCSD), a member of UCSD’s Chancellor's Cabinet, and Vice Chancellor and CFO of the UCSD senior management team. Dr. Kellen brings a rare combination of… Read More
More Articles Like This
Cutter Edge: The Pride Tax: Discussing the Undiscussable
The Tricks and Traps of Supplier Relationship Management, Part II
The Tricks and Traps of Supplier Relationship Management, Part I
Pride Is Expensive, Part I
The End of the Minimum Hour Tax: AWS Launches Per-Second Billing
New Research