Putting the Human in Digital Transformation, Part I 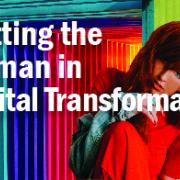 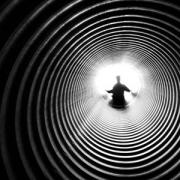 Back in the early 1990s, William Gibson, the science fiction writer, author of Neuromancer, and originator of the term “cyberspace,” stated, “The future is already here — it’s just not evenly distributed.” This predates the widespread consumer adoption of the Internet, the cloud, much of machine learning, and the rise of the FANG companies (Facebook, Amazon, Netflix, and Google). Gibson neatly summarizes the reality of innovation, which, like evolution itself, can operate at different speeds within different environments and in response to different stimuli. The “unevenness” of the future creates the possibility for all but the trailblazers and inventors to observe what has already been tried and tested in an alternative domain, and to learn lessons from the leading edge.

Unfortunately, this learning opportunity is all too often ignored. Time and again we see examples of organizations applying approaches and technologies that have already been superseded or discredited by true digital leaders, with all-too-predictable consequences. In the post-mortems carried out on these failed, or at best suboptimal initiatives, the focus tends to be on failures within the technology domain. However, we believe that this is often a lazy hypothesis.

Greg Smith
Greg Smith is a Cutter Fellow and Managing Partner of Arthur D. Little (ADL). He founded and co-leads ADL's Digital Problem Solving practice and is a member of ADL's Executive Committee, where he has responsibility for ADL's global innovation strategy. His work focuses on business strategy in the context of digital transformation as well as the application of disruptive information technologies in solving intractable business problems in major… Read More

Chandler Hatton
Chandler Elizabeth Hatton is a Manager at Arthur D. Little (ADL), Amsterdam, and a member of ADL’s Technology & Innovation Management and Strategy & Organization practices. Previously, she served as CTO of SimGas, an innovative design and production company that offers small-scale biogas systems to customers in subtropical regions. Ms. Hatton has an engineering background and holds a dual bachelor of science degree in mechanical… Read More 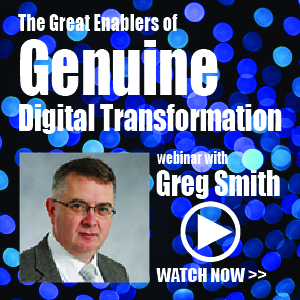