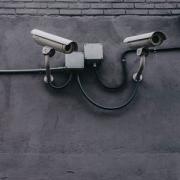 Active shooter defense systems are designed to autonomously detect and stop armed threats before perpetrators can enter a building and start shooting. By applying neural networks and other machine learning (ML) algorithms to surveillance camera imagery, these systems can detect and track a gun and the person carrying it. With a positive threat identification, the application issues an “active shooter alert,” notifying those in the building to take precautions, and automatically locking the doors and contacting building security and police.

The ML algorithms are trained on millions of images of weapons and non-weapons to distinguish between a gun and more common, everyday objects. Such systems can differentiate between someone carrying a gun verses a hammer, for example, as they approach a building or cross a parking lot. The algorithms can also analyze imagery to determine the type of gun (long gun or pistol) the suspect is carrying, whether they are wearing a mask, and identify and track their location.

Archarithms, Inc., develops and markets an active shooter defense system (Exigent-GR, covered below). Archarithms President and CEO Randy Riley provided some interesting insight into the ML models underpinning such applications, as well as the technology’s use in general.

Riley explained that model training requires a lot of good data in order to reduce the number of false positives, and he noted that his company’s system was trained using images of the top 10 most popular guns used to commit attacks in the US.

It is also necessary to prioritize the camera (images) that the active shooter detection algorithms must analyze. Ideally, the system would detect a suspect carrying a gun outside a building. Therefore, first priority would be assigned to outside-facing cameras — like those covering parking lots or sidewalks leading up to a shopping complex or school, and so on. However, because someone could hide a pistol under their clothing, or a long gun inside a package, the next priority is to analyze imagery from cameras focusing on stairwells, elevators, entrances, and so on — places where shooters have shown a tendency to pause to draw their weapon or remove it from a backpack or some other concealment. The goal is to detect a weapon early enough before the suspect can reach a location where a lot of people congregate and then start shooting.

Existing and new technologies are enabling active shooter defense systems to more quickly and accurately detect weapons and suspects. This includes infrared cameras and millimeter wave radar. The former detects the heat signatures of objects, like a gun hidden on a person. The latter can “see” through something to detect an object, like a box with a rifle inside.

Behavioral and emotion analytics are leading to the development of advanced models for analyzing imagery of people and detecting suspicious signs or behavior potentially indicative of criminal intent. While facial recognition systems could serve to positively identify and flag a suspect as someone with a record of a previous weapons violation.

Such technology is currently undergoing testing and use (to varying degrees) for various security scenarios.

Two companies I’ve been following that offer AI-based active shooter defense platforms are Archarithms, Inc. and Defendry. Both market their products for use in schools, malls, businesses, places of worship, and sports and entertainment arenas. Both companies’ offerings are designed to work with an organization’s existing camera security systems. And both are primarily focusing on the US market, with its high number of mass-shooting incidents.

Archarithms’ gun detection platform, Exigent-GR, is based on AI technology developed for the US Army that was initially designed to detect drones and guns. It was then redesigned to serve as a school gun defense system. More recent developments have further enhanced Exigent-GR, enabling it to provide protection for malls, arenas, churches, banks, office buildings, and so on.

Exigent-GR autonomously monitors security cameras to detect people with guns and to determine the type of gun they are carrying. It generates automatic alerts to notify security officials via text or email showing a suspect with the gun, their location, and type of gun. Exigent-GR can also continuously track a suspect’s location in real time, even if they discard the weapon.

Archarithms is based in Huntsville, Alabama, USA. It has a history of developing advanced AI and ML applications for the US military for uses such as command-and-control systems and drone and gun detection.

Defendry launched its anti-shooter platform of the same name earlier this year. It is based on AI technology the company gained when it acquired Deep Science.

Defendry is designed to continuously monitor security cameras and recognize people carrying a weapon and/or who are wearing a mask. Defendry’s Active Response Technology (ART) can trigger automated response plans to protect building occupants by locking doors and alerting authorities.

The biggest shortcoming of conventional camera-based security systems is that they require constant human monitoring to prevent a possible attack. This is tedious, costly, and impractical — especially in scenarios involving large numbers of cameras.

Active shooter defense systems add a proactive capability to existing camera-based security systems by providing constant, real-time monitoring — via AI pattern recognition — that never gets bored or tired of looking at camera feeds. The goal: preventing an attack in the first place.

Active shooter defense systems offer a very compelling use of AI. That said, I worry that lawmakers could see the technology as a panacea or an excuse to continue delaying the enaction of serious gun regulations. In the US, mass shootings now take place with such increasing frequency they have become commonplace. Yet little has been done to successfully alleviate mass shooting gun violence. It remains to be seen if the latest round of mass shootings in the US (four in approximately one week!) will force lawmakers to act.

I’m optimistic about the possibilities active shooter defense technology offers, and hope it proves effective. I predict that, eventually, the technology will achieve such a level of accuracy that its use will become commonplace, with insurers offering discounts to businesses for employing such systems. At the same time, I also hope that sensible gun regulations become law.

Finally, I’d like to get your opinion about the use of AI-based active shooter defense platforms as well as the use of AI for crime-fighting in general. You can comment at the link below, email me at chall@cutter.com, or call +1 510 356 7299 with your comments.