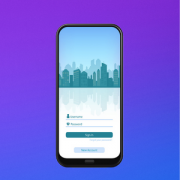 Ralph Menzano takes us on a fascinating journey into the world of smartphone-based tolling — a way to increase road-based revenue, help cities control peak-time congestion, and (at long last) enforce HOV lane use. Next-gen toll systems not only cost less than RFID-based ones, but have the potential to reduce the number of cars on the road, replace gas-tax revenue lost due to EVs, and provide a mountain of information to transit authorities to help them better manage traffic. Menzano offers a success story from a pilot program in Texas, USA; looks at how the US has fared against Europe and Asia in tolling; and helps us understand why much of the world is looking to the US for leadership in usage-based road pricing for light vehicles.

Tolling has been a part of US highway maintenance programs since the American Revolution.1 Things have changed quite a bit since Pennsylvania’s Philadelphia and Lancaster Turnpike opened, and new technology promises to advance tolling even further.

In the US, today’s electronic tolls involve a vehicle-mounted transponder, introduced in the 1990s, that uses radio frequency identification (RFID) to communicate with antennas in the toll lane. If you are a subscriber, the system reads your account information, charges the toll to your account, and lifts the gate so your vehicle can pass. Archways with invisible gates are slowly replacing gated tolls in many areas in the US. According to the International Bridge, Tunnel, and Turnpike Association (IBTTA), 37 million Americans currently have this type of RFID transponder.2

Electronic tolls made it considerably easier to create a toll road, and at first, only positive news was associated with the systems. A few years later in the US, reports began appearing of monumental amounts of uncollected tolls. Some US states connected their electronic toll system with their department of motor vehicles (DMV) system so registrations and/or license renewals could be withheld until in-state toll debts were satisfied. Debts from out-of-state drivers were (and are) much harder to collect. Indeed, several New England states signed reciprocity agreements so that travelers with unpaid tolls in a participating state face DMV issues in their home state. Other states, such as Georgia, use collection agencies to pursue toll violators, with varying degrees of success.3

Electronic tolls also facilitate congestion pricing: raising or lowering a toll charge based on time of day (e.g., rush hour), day of the week (weekdays vs. weekends), or unusual circumstances. Both Singapore and London have successfully implemented congestion pricing models; adoption in the US has thus far been lackluster.4

Electronic toll systems have a key role to play in high-occupancy vehicle (HOV) lanes. Created to encourage carpooling (vehicles with two or more passengers), HOV lanes have the potential to reduce the number of cars on the road — decreasing emissions and reducing commute times. However, enforcing HOV-lane usage has proven difficult. According to one transportation research study, about 80% of the cars in HOV lanes in the US are single-occupancy vehicles.5 Some violators are caught on camera and fined, while others are chased by police, but most get away with the violation. This encourages many drivers to chance it, feeling that the faster commute and/or reduced toll are worth the risk.

In the US, new legislation is bringing HOV monitoring and toll discounting front and center for many states. The Infrastructure Investment and Jobs Act (IIJA), passed in November 2021, requires HOV monitoring for all new road construction — with “toll facilities on the Interstate System constructed or converted after the date of enactment to allow high occupancy vehicles, transit, and paratransit vehicles to use the facility at a discounted rate or without charge unless the public authority determines that the number of such discounted vehicles would reduce the travel time reliability of the facility.”6 In other words, IIJA allows states to impose tolls on interstate highway sections running through their state only if they allow for HOV lanes and provide toll discounts for those using the lanes.

Fortunately, new smartphone technology is available to facilitate electronic toll collection, congestion pricing, and HOV monitoring and discounts. Because this solves a multitude of tolling issues, these systems likely will begin replacing RFID systems in many countries and some US states in the next few years.

In an interview for this article, Carma’s cofounder and Chief Business Officer Paul Steinberg said the company believes smartphones “offer the unique potential for making road pricing more impactful, dynamic, and transparent.” He said the technology is designed to help state departments of transportation comply with new HOV requirements in the IIJA legislation, adding that the hands-free GoCarma app helps road users automatically qualify for HOV benefits. The company won the 2021 Toll Excellence award for Private Sector Innovation from IBTTA for its North Central Texas implementation.

Specifically, these systems eliminate the need for transponders, RFID antennas, toll plazas, and toll arches and are estimated to cost about a third of RFID-based toll systems. The only infrastructure required for smartphone systems is a pole arching over the lane and the software.

Smartphone tolling systems also have the potential to help countries finally realize the air quality improvements inherent in the concept of HOV lanes. They also eliminate the need for local policing. Cities and states could take their systems a step further, offering toll discounts to drivers that use the HOV lane a certain number of days per month or avoid peak-period driving on certain roads.

According to the National Highway Traffic Safety Administration (NHTSA), US roads saw more than 42,000 fatalities in 2021, a 10.5% increase from the 38,824 fatalities in 2020 and “the largest annual percentage increase in the Fatality Analysis Reporting System’s history.”7 The rationale behind the IIJA is that combining tolling and congestion pricing with HOV lanes will lead to fewer cars on the road, making roads safer and thus saving lives.

Smartphone tolling also has the potential to replace gas-tax revenue from increased use of electric vehicles (EVs). Hybrids and EVs have already reduced gas-tax revenues in some areas, and auto manufacturers are gearing up to greatly increase EV production.8 Increasing the number of smartphone-based tolls in a geographic area and/or raising prices during peak periods can ensure EV owners are seen as paying their fair share toward maintaining the roads they travel. Tolls can also be directed to ongoing maintenance on the highway where they are located — another move toward fairness.9

Finally, state and local governments and tolling authorities can receive a treasure trove of information about the vehicles traveling their roads, lane utilization, and the time needed to travel certain distances during peak and off-peak periods.

The project for which IBTTA gave Carma Technology an innovation award came after the North Central Texas Council of Governments (NCTCOG) evaluated a plethora of cameras, in-vehicle transponders, and roadside enforcement systems and found them lacking. The organization turned to the GoCarma smartphone app because it required neither driver interaction nor roadside enforcement and implemented it in the Dallas-Fort Worth area, the fourth-largest metropolitan region in the US. Drivers with the app receive a 50% toll discount if they carpool during rush hour.

The program began with three federally funded pilots and was then integrated with the North Texas Tollway Authority’s (NTTA’s) regional electronic tolling systems. According to Carma representatives, more than 40,000 people use the system today, and more than 1.25 million HOV discounted toll transactions have taken place. HOV lane violators receive a series of escalating warnings, and violation rates in the area have fallen from 60% to less than 2%. GoCarma provides a free Occupant Pass for passengers without smartphones, such as children.

US Tolling vs. Europe & Asia

There are 32 countries and hundreds of cities around the world that use electronic toll collection to support their roadways.10 The Singapore and London congestion-pricing implementations are perhaps the most famous. All these collection systems started with either the video capture of license plates and/or traditional RFID transponder recognition methods.

Singapore is considered a global leader in road-pricing innovation, having pioneered cordon pricing in 1975 and electronic congestion pricing in 1998. In 2023, the country will introduce location-based road pricing for all vehicles, not just those for transporting heavy goods. The requirement for all vehicles, including motorcycles, to be equipped with a dedicated, on-board unit will result in vehicles eventually being charged only on the basis of the distance covered by them on a congested road. This next-generation usage-based approach is expected to go live in 2025.11

Murphy explained that the pervasive adoption of smartphones among the public (evident in Europe, especially Poland, and, now, the US) has been coupled with a significant increase in smartphone capabilities, including improvements in GPS accuracy, battery strength, and privacy controls. “An efficient use of proximity-detection technologies, both in-vehicle using Bluetooth, and ex-vehicle using cellular vehicle-to-anything communications, will make it possible for a smartphone-based road pricing platform to replace roadside [electronic toll collection],” he said.

Nevertheless, much of the world seems to be looking at the US for leadership in smart and usage-based road pricing for light vehicles. Although urban congestion zones have not yet taken off in the US, dynamic pricing on congested highway zones is common in many states. Pricing on these corridors adjusts according to time of day, traffic flow, vehicle class, clean air vehicle status, and/or vehicle occupancy status.

By combining its experience in dynamic pricing along congested corridors with its leadership in usage-based pricing technologies, the US is well positioned to become a global leader in smart, impactful, infrastructure-light road pricing.

4    “Congestion Pricing: Examples Around the US.” US Department of Transportation (DOT)/Federal Highway Administration (FHWA), accessed August 2022.