The Most Dangerous Time? 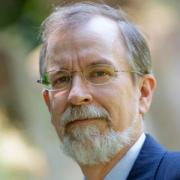 In March 2006, the stories in the press about avian flu and the possibility of a large-scale pandemic were everywhere. The H5N1 virus had seemed to have escaped from its mostly Asian setting to have been found in Poland, Turkey, Azerbajian, Germany, Denmark, and Israel in rapid succession. Governments across the world, which had been mostly reactive to a possible pandemic in the early 2000s, were in full throttle mode to upgrade their pandemic planning and began in earnest to stockpile drugs like Tamiflu. Governments also were working hard to overcome the shortages of seasonal flu vaccines, which had caused panics in the winter of 2004 and especially late 2005.

This March, I doubt you will see any news or prime time movie specials based on pandemics like those that filled the airwaves just a year ago. For most of the public, their heightened concerns about the avian flu have slipped from their minds. This winter, in fact, the US Centers for Disease Control (CDC) have been begging people to get their flu shots. They are afraid that millions of doses of flu vaccine will have to be destroyed, which will discourage manufacturers from producing vaccines for the 2007-2008 winter season. The discovery of avian flu in a turkey farm in the UK has been met with a general yawn -- even the British tabloid papers got bored with the story after a week.

What has happened? In a nutshell, avian flu doesn't seem that scary anymore.

Part of the reasons is that at this time last year, a pandemic seemed just around the corner -- increasing numbers of people across Asia were dying from avian flu, human to human transmission was apparently confirmed, and it seemed inevitable that a major break out across the world would occur. But then, nothing happened. More people have died, but there hasn't been the expected spike in deaths.

Furthermore, last winter's flu season was very mild. This winter appears to be mild as well. The back-to-back mild flu seasons seem to have reduced the anxiety felt by many about the possibility of catching the flu in general. Additionally, while it was predicted last year that avian flu would reach North America by this time, so far no cases of avian flu have been spotted during the latest wild bird surveys.

Risk treatment efforts by governments have had some affect on people's psyche as well. Governments have pandemic plans in place; they have been conducting drills and telling the public they are ready to act forcefully if necessary. The US CDC, for example, in early February released a five-level Pandemic Severity Index (PSI), which outlines what governmental measures will be taken in the event of a flu epidemic or pandemic.

The PSI is similar to the five-level model to rate hurricane strength. The pandemic severity index levels are as follows:

The CFR assumes a 30% illness rate and no pandemic interventions are applied.

Each category of PSI triggers different types of federal, state, and local mitigation actions. For instance, a Category 3 PSI would likely see localized school closures of up to four weeks; a Category 5 PSI would likely see widespread school closures of up to three months. I say "likely see" in that these are CDC recommended actions: the federal, state, and local authorities would have to decide exactly what actions to take based on their pandemic plans and the situation on the ground.

In addition to the above, the last year has seen a lot of progress in understanding how the avian and related flu viruses operate in the human body. It appears that the current form of the avian flu doesn't spread as easily to humans as once thought, nor is it as deadly. Further, there are several promising vaccines that are in the final stages of development or are in the trial testing phase. One has been approved just this week. Each of these advancements seems also to have allayed people's fears of avian flu.

Then there are the other risk issues competing for our attention. Right now, global warming seems to be the risk du jour, and is thus garnering all the attendant press coverage. There is also the issue that as new, unfamiliar risks like avian flu become a common idea, people get used to them and so turn their attention to newer, more unfamiliar risks.

Finally, there appears to be an "atrophy of vigilance" effect starting to take place — a term coined 15 years ago by Professor William R. Freudenburg, who is now the Dehlsen Professor of Environmental Studies and Sociology at the University of California, Santa Barbara, California, USA. Freudenburg says that over time, especially when trying to manage the risk of rarely occurring situations or events, individuals as well as organizations find it difficult to maintain their attentiveness and vigilance — i.e., these atrophy over time — without there being some recurring trigger (e.g., a close call) to heighten awareness. Even then, if nothing untoward happens, it takes a lot of effort and energy to keep complacency from once again setting in.

Constant pronouncements by government officials or scientists that individuals and organizations need to prepare for a pandemic may not help, either. As the public becomes comfortable with the notion of a pandemic occurring, public health officials' calls for preparation can have the opposite affect, appearing to listeners as either being shrill Chicken Little "the sky is falling" announcements or as self-serving "hype" to get attention — and financial resources — for their personal research efforts.

In an industrial setting, it is during this time of decreased vigilance that the likelihood of accidents begins to increase. This happened with the Exxon Valdez accident in 1989, and is part of the reason for both the Challenger and Columbia space shuttle disasters. It appears that we may be entering such a period now in regard to the avian flu. While many organizations have put plans in place to deal with a pandemic, like Starbucks and Exxon-Mobil, many others that were beginning to put in place business continuity plans to deal with a possible pandemic have stopped or cut back on their efforts. Many others organizations still don't have one. When avian flu reached the UK in February, a survey of IT directors in London's financial district was undertaken to see how prepared they were to deal with a pandemic. Not unsurprisingly, it showed that 50% of them still had no business continuity plans in place at all to deal with terrorist attacks (which have occurred in London several times over the past 20 years), let alone a pandemic.

If we go another couple of years without an avian flu pandemic or a severe seasonal flu episode, expect the atrophy of vigilance to increase not only among businesses such as Starbucks and Exxon-Mobil, but within governments as well. What especially gives me pause is that this past year, even with plentiful vaccine supplies in the US, there were many localized shortages that took weeks for local health organizations to overcome. The outbreak of avian flu found in the UK highlighted a mediocre early response on the part of the UK government. Mass vaccination exercises in the US have shown that this approach has some severe limitations as a risk mitigation strategy. Given that the currently approved avian flu vaccine's efficacy is only 45% and the stockpiles of Tamiflu are probably even less, well, maybe it doesn't matter. And if you read various governmental pandemic plans, at the end of the day, individuals are expected to be able to survive on their own for at least 90 days.

Although it is a bit perverse, we all better hope that if a pandemic is going to occur — be it from avian flu or some other source — it happens sooner rather than later.

Robert Charette
Robert N. Charette is a Fellow with Cutter Consortium and a member of Arthur D. Little’s AMP open consulting network. He is also President of ITABHI Corporation and Managing Director of the Decision Empowerment Institute. With over 40 years’ experience in a wide variety of technology and management positions, Dr. Charette is recognized as an international authority and pioneer regarding IT and systems risk management. Along with being a… Read More
More Articles Like This
A Dangerous Interpretation of Profit Maximization
A Dangerous Interpretation of Profit Maximization
Dangerous Practice: Turning Risks into Assumptions
Time After Time
Cybersecurity in 2008: Year of Pecking by Dangerous Ducks?
New Research
Copyright © 2022 Arthur D. Little  |   All Rights Reserved. Privacy Policy | Terms of Service