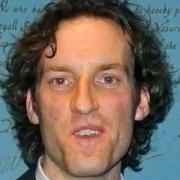 Blockchain is gaining prominence. Originally developed as the distributed ledger technology underlying Bitcoin, it is now being recognized as a foundational technology providing a legitimate transaction platform that will likely transform how the world does business. Industries across the board hope to capitalize on this technology whose potential goes well beyond cryptocurrencies — with millions if not billions of dollars being spent on pilot projects and startups to find the blockchain solution that will improve efficiencies, transparency, security, business costs, and, ultimately, trust.

But even with this push toward a blockchain breakthrough, many remain skeptical of its potential and worry about its risks and shortcomings, including scaling, higher energy and processing costs, speed issues, and the current lack of regulations, to name a few. In addition, the new EU General Data Protection Regulation (GDPR), effective 25 May of this year, poses some challenges on the data privacy front that could stall the public blockchain adoption progress.

This issue of Cutter Business Technology Journal sheds some light on the status of blockchain technology adoption. With perspectives from eight different authors, the articles detail some of the opportunities, challenges, applications, and use cases, as well as the industry and business implications associated with a blockchain technology initiative.

First, Robin Renwick argues that the tension between blockchain’s promise of openness and transparency and the use of cryptographic algorithms that allow the anonymization of information may cause disjunctive rifts between stakeholder groups. Renwick identifies five key stakeholder groups within blockchain and distributed ledger technology and discusses each group’s approach to privacy. He proposes “a distinct body that informs and educates stakeholder groups, acting as intermediary between them” to manage tensions as blockchain becomes more established.

Next, Steven Kursh, Arthur Schnure, and Natalia Gold provide us with a comprehensive discussion of smart contracts and how they work within a blockchain. They also consider the benefits of using the cryptocurrency app Ethereum for building and using smart contracts, detail the advantages and limitations of smart contracts, and impart some cautionary advice.

Next, Johannes Ahlmann proposes that blockchain technology has the potential to disrupt the food industry. He describes how blockchain can help gain better insight into and improve the management and transparency of end-to-end food supply chains. Ahlmann also demonstrates how blockchain is particularly suited to benefit the food industry by providing examples of current projects in the pilot and proof of concept stages.

The concept of privacy returns in our next article — but with a very different take. Stephen Walsh envisions “a fundamental shift in the Internet business model from its current status,” with users retaining control of their data. His vision of the “New Internet” relies on blockchain. While Walsh recognizes that this New Internet is still in its early stages and faces imposing obstacles, he offers hope that it’s closer than we might think with a review of some interesting blockchain platforms and apps, including revolutionary newcomer Blockstack.

Finally, Maciej Jędrzejczyk and Karolina Marzantowicz paint a bright picture for blockchain’s commercial adoption, facilitated by the use of integrated private blockchain platforms. They see blockchain disrupting established business models via ecosystems that include the entire value chain and make it possible for competitors to voluntarily cooperate.

We hope the articles in this issue provide you with new perspectives on blockchain’s potential as a game-changing technology now and in the future.

Philip O'Reilly
Philip O’Reilly is a Cutter Expert and Professor of Financial Technologies and Information Systems at Cork University Business School, University College Cork (UCC), Ireland. He is the Science Foundation Ireland (SFI)–approved Principal Investigator of FINTECHNEXT, a multiyear, multimillion Euro research collaboration between UCC and Fexco. Dr. O'Reilly is also Senior Visiting Fellow at the University of New South Wales Business School, whose… Read More
More Articles Like This
Offshoring: Where We Are, Where We May Be Going
BPM: Where Are We?
Blockchain: Where Are We Now? Where Are We Headed? — Opening Statement
They Know What We Like and Where We Are!
Where Are We, and How Did We Get Here?
New Research