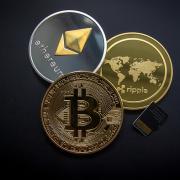 Kevin O’Leary has more faith in Ethereum’s potential than Bitcoin in 2018. He details some interesting plans in the works to develop smart contract applications on the Ethereum platform as well as a proof-of-stake (POS) mining process that will make Ethereum more efficient and environmentally friendly.

2017 was, without doubt, the breakout year for cryptocurrencies. As of 31 December 2017, the total market cap was over US $614 billion; a week later, it reached an all-time high of over $820 billion. This is spread across 1,340 different cryptocurrencies, the leading two being Bitcoin and Ethereum with market caps of over $191 billion and $116 billion, respectively, at the time of writing. Indeed, both Bitcoin and Ethereum have experienced incredible growth during the last 12 months. Bitcoin’s closing price as of 1 January 2017 was $958.70. It closed out the year at $14,156.40, representing a 1,377% rise, having reached a record high in December of $17,899.70.

While Bitcoin grabbed most of the headlines due to its long-established position as the cryptomarket leader, Ethereum actually outperformed Bitcoin in terms of percentage increase. The number two currency rose in value by 9,162% this year, from a closing price of $8.17 on New Year’s Day 2017 to $756.73 on New Year’s Eve. Naturally these eye-watering figures have led to suggestions that the market is in a dangerous bubble that is about to pop. For instance, Jamie Dimon, CEO of JPMorgan Chase stated that Bitcoin traders are “stupid” and if he were to catch one of his employees trading Bitcoin, that person would be fired on the spot.

This article focuses on Bitcoin and Ethereum and how 2018 will prove to be a make-or-break year for both cryptocurrencies, where they will either continue to be viewed as highly volatile, speculative assets or transition to commercially viable instantiations of blockchain technology.

The term “cryptocurrency” has been used to describe both currencies; however, they each represent unique blockchain networks with disparate value propositions. Bitcoin is “a purely peer-to-peer version of electronic cash [that] allow[s] online payments to be sent directly from one party to another without going through a financial institution.” Ethereum is “a decentralized platform that runs smart contracts: applications that run exactly as programmed without any possibility of downtime, censorship, fraud, or third-party interference.” However, several studies have shown that users of the cryptocurrencies have only entered the market to trade the currencies as speculative assets and to cash in on their returns for traditional fiat currency.1 This is not the purpose of either currency, and as the prices of both assets increase, their adoption for their originally intended purpose becomes less likely.

The Winklevoss twins, widely known for their IP theft lawsuit with Facebook, recently became the first “Bitcoin Billionaires.” The brothers invested $11 million of their payout from Facebook into the cryptocurrency in April 2013. However, they have reportedly never sold a single coin, meaning that their crypto-portfolio is only worth a fortune on paper. The reality is that they still buy their coffees using US dollars. The cruel irony in all this is that if news broke that the Winklevoss twins had sold a portion of their holdings, it would likely be taken as a sign that they had lost confidence in the currency, leading to a mass sell-off in the market. In fact, despite widespread media attention focusing on Bitcoin, until you are paid in Bitcoin and can pay your rent in Bitcoin, the crypto­currency remains unsuccessful. 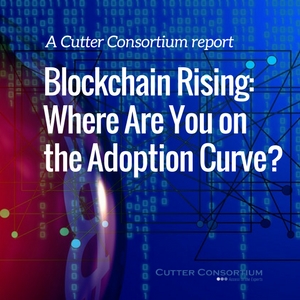 Bitcoin and Ethereum: The Year Ahead

As the price of Bitcoin continues to rise, retailers become more reluctant to accept it as a means of payment. For instance, online gaming service Steam announced in December that it would stop accepting Bitcoin payments, citing “high fees and volatility” as the reason for its decision. Worse still, it was recently disclosed that the North American Bitcoin Conference no longer accepts Bitcoin payments due to network congestion and manual processing. Unfortunately, I predict that this trend will continue, and Bitcoin will struggle to be accepted as a viable alternative to fiat currencies.

In addition to rising prices, increased transaction fees, and network congestion, another serious threat to Bitcoin adoption in 2018 will be energy consumption. Over the last month or so, media attention has increasingly focused on the amount of energy the Bitcoin network consumes during the proof-of-work (POW) mining process, with many sources reporting that the network requires the same amount of electricity in a year as entire countries such as Denmark or Ireland. China has already started to crack down on this issue and has announced that it plans to shut down Bitcoin miners. I believe that more governments will adopt a similar approach to regulating Bitcoin in the year ahead.

Similarly, despite a meteoric rise in market price in 2017, Ethereum also remains relatively unsuccessful. The vision for Ethereum is to create a platform for others to develop smart contracts. Ether, the cryptocurrency, is simply a fuel to run this platform. Therefore, the rise in the price of Ether over the past 12 months is actually a double-edged sword in that it has now become more expensive to develop and interact with smart contract applications hosted on the Ethereum network.

However, there have been signs of progress to come, tongue-in-cheek though it may appear. November 2017 saw the launch of perhaps the first viral Ethereum application, CryptoKitties — an online marketplace where users can buy virtual cats with Ethereum and then breed them with other users of the service. Although CryptoKitties may not be an industry-focused application, it proves the ability of the Ethereum network to host a smart contract appli­cation that tracks the provenance of digital assets in a secure, verifiable, and immutable fashion.

Plans for more serious applications have been announced and we will likely see many of these go live in the next 12 months. In May 2017, Bank of America demonstrated the progress it had made on an Ethereum-based appli­cation that automates the process of creat­ing a standby letter of credit. Both the Canadian and Russian governments have expressed significant interest in Ethereum as well, perhaps due to Vitalik Buterin, founder of the network, holding dual citizenship in these countries. Moreover, the Enterprise Ethereum Alliance, formed in May 2017, now consists of roughly 200 companies, ranging from Fortune 500 companies to startups, all working to develop smart contract applications on the Ethereum platform. I predict that 2018 will be the year that these appli­cations begin to go live.

Another significant value proposition offered by Ethereum is that it is actively working on moving from the energy-sapping POW mining process to proof of stake (POS), which is said to be far more environmentally friendly and more efficient to run. Ethereum expects this transition to be complete in the next year.

Although 2017 was the year that the cryptocurrency market exploded, I believe that the unprecedented growth has exposed Bitcoin as an impractical alter­native to traditional, government-backed currencies. Ethereum, on the other hand, has benefited from the increased attention over the last 12 months, and I feel it is set to thrive in 2018.

Kevin O'Leary
Kevin O'Leary's research has focused on distributed collaboration as well as the value of emerging opportunities in fintech, including blockchain, cryptocurrencies, and open banking. Dr. O'Leary has experience with startups, as Head of IT for Trustap, a secure online transaction platform, and as a blockchain consultant with Claru, a technology company looking to leverage blockchain for food traceability. Previously, he worked as a Software… Read More
More Articles Like This
Rapid Technology Innovation in Blockchain: Should You Be on the Front Lines?
Nano Currency: Third-Generation Cryptocurrencies Are Upon Us
Beyond Cryptocurrency: There’s More to Blockchain
Blockchain Validation: The Core of “Trust”
Business Technology Trends and Predictions, 2018 (PDF)