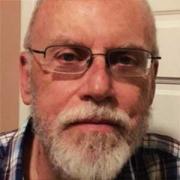 Cutter Senior Consultant Paul Clermont updates some predictions he made over the past couple years while adding four more, replete with their implications on our workforce and society. According to Clermont, “While 2018 may or may not be a watershed year for some specific technology or other … the more interesting action will come from the public policy and perception arenas and in the evolution of business models.”

In 2016 and 2017, I declined to make predictions about specific technologies and what exactly they would disrupt or how they would impact society. As I shared in my predictions last year, this decision was based on a mix of humility and cowardice. That said, a prediction I didn’t make for 2017 — but should have — is that artificial intelligence (AI), viewed for decades as the technology of the future,1 would become widely recognized as a technology of the present.

Let’s begin my 2018 assessment with how I am doing on my earlier predictions.

Security concerns got a very big boost last year from the Equifax debacle that exposed critical personal information about 143 million Americans. Not only the fact that this happened, but also the fact that it was kept buried for weeks, made it a total public relations disaster. The CEO had to “retire” — a personal and professional blow salved somewhat by a US $90 million golden parachute.

Of possibly far greater impact is the recently disclosed compromise of critical information and techniques in the super-secret US National Security Agency. It should be clear that opportunities will remain indefinitely for inventors and vendors of ever-more sophisticated and effective countermeasures. Though significant new regulation is unlikely with the current US administration, private companies holding masses of sensitive personal data should not be surprised by increased government scrutiny of their security practices.

Any notion that platforms like Google, Facebook, and Twitter can sidestep accountability for what they distribute (and from whom it comes) is now clearly dead. The executives at these companies have been enjoying the warm personal experience of questioning by members of the US Congress who are righteously (and rightfully, I believe) indignant about the ease with which domestic and foreign entities have been able to disseminate false, misleading, and libelous information.

These platforms are also being questioned more widely about the way their algorithms tailor the distribution of content in such a way as to reinforce users’ prior beliefs and shield them from other views. Consequently, these platform operators will undoubtedly want to design and implement changes for them­selves — but may call upon experts in the design phase. Top-flight people can expect substantial rewards.

AI and Robots: Full Steam Ahead

Now, back to AI and robots. This once exotic field is now all over the media as various experts and pundits (not necessarily the same) opine on the impacts on jobs and people’s lives. Occupations that once seemed secure — accounting, the law — are now threatened.

Scare tactic stories predict a dystopian future in which large swaths of the population are rendered useless. Others have pointed out that the history of mankind is very much about finding ways to reduce labor — going all the way back to using a beast of burden to carry loads. The mechanization of industry and agriculture certainly raised concerns as they happened, but we ultimately took them in stride, preserving widespread employment and enjoying hugely improved living standards. That there will be disruptions to careers and ways of life is inevitable, but the idea that the march of technology-based progress can be stopped or even slowed down is an illusion.

We should expect a great deal more handwringing on one side and hand-waving dismissals of concern on the other. Perhaps 2018 will bring some clarity and perspective to the discussion. We can hope.

One big thing that could slow down or derail a specific AI implementation is a performance failure in which workers or innocent bystanders are killed or maimed by an artificially intelligent object like a loaded truck having done something too stupid to imagine a human ever doing.

Public policymakers will of necessity be involved regarding the extent to which we ease the financial and emotional impact of having once good jobs disappear, but for technologists, the future is bright and the opportunity for exceptionally proficient and productive people is enormous.

The Rise of Blockchain

Another technology-related story that got much bigger this year is cryptocurrencies. Whether or not Bitcoin and the like turn out to be a high-tech tulip mania, the underlying technology of blockchain can be useful in many other applications requiring tamper-proof data.

One possible hindrance to its use may be the extraordinary amount of electricity consumed in building and maintaining the blocks, but we shouldn’t bet against the ingenuity of technologists who attack that problem.

I also foresee two other trends taking shape. While I feel less certain about these, I have picked up the scent.

The Honeymoon Is Over

First, the exceptionally long honeymoon that technol­ogy companies have enjoyed with the general public is threatened. In particular, Google and Facebook claim missions that transcend mere profit as they offer extremely useful and enjoyable services for free. If they have found a way to make a free service exceptionally lucrative, what’s the problem, right? Well, if those organizations that actually provide the revenue can too easily put the platform to malign use, such as we’re now learning happened in the 2016 US election, and management seems not to take this sufficiently seriously and deal with it forcefully, the general public may become a bit cynical.2

If the New York Times op-ed page is a barometer of trends in thinking, one recent week bodes ill. On Monday of that week, a former Facebook employee criticized the company’s almost callous lack of con­cern about distribution and use of private data. And on Tuesday of the same week, a regular columnist discussed the ill effects and addictive quality of smartphones on the young.

Death of the Middleman

Second, middlemen spawned by the Internet will be increasingly cut out. As an example, websites like Hotels.com3 show a range of lodging options available at a particular place and time. In the past, they could complete the reservation process and handle payment, unlike early proprietary lodging websites, and usually offered a better price than the hotel itself listed. But things have changed.

First, hotels and even B&Bs now have online reser­vation systems that can process payments. Second, innkeepers and hoteliers figured out that if they were willing to get less than the so-called rack rate for rooms booked through Hotels.com, they might as well match Hotels.com’s price and save the commission. Third, sites like TripAdvisor contain links to connect directly to the lodging. Fourth, from the guest’s point of view, it is far easier to deal directly with the lodging itself for clarifying details or making changes than it is to deal with the middleman, since hotels and B&Bs are staffed, unlike websites whose business model depends on minimal staffing. It’s a win/lose/win for the guest, the middleman, and the lodging.

Existing middlemen are pressured in another way by a second layer of travel middlemen — like Skyscanner and KAYAK (part of the Priceline Group) — that show all the deals available from the first layer (existing middlemen) as well as the price offered directly. This makes the first layer an even purer commodity, rewarded only for cost-cutting and sharp bargaining. Just as a Hotels.com disrupted the Main Street travel agent’s business model, this second layer disrupts theirs!

I have also noticed that manufacturers with no proprietary retail channel have started offering direct Internet sales with free delivery at prices no higher than Amazon’s. For example, I recently purchased an air purifier online from the manufacturer at Amazon’s price. If Amazon didn’t add value, why should I pay them?

While 2018 may or may not be a watershed year for some specific technology or other, I suggest the more interesting action will come from the public policy and perception arenas and in the evolution of business models.

1 In 1964 (yes, 54 years ago!), I took a course at the Massachusetts Institute of Technology called “Automata and Artificial Intelligence,” taught by Marvin Minsky, a pioneer in the field.

2A generation ago, pharmaceutical companies enjoyed very high regard; Merck, for example, was for several years America’s most admired company in Fortune’s survey. No more.

3 I use Hotels.com solely as an example; it’s a category that includes Booking.com, Expedia, and several others.

Paul Clermont
Paul Clermont is a Cutter Expert. He has been a consultant in IT strategy, governance, and management for 40 years and is a founding member of Prometheus Endeavor, an informal group of veteran consultants in that field. His clients have been primarily in the financial and manufacturing industries, as well as the US government. Mr. Clermont takes a clear, practical view of how information technology can transform organizations and what it takes… Read More
More Articles Like This
The Cutter Edge: Data Protection and Public Policy, Business Architecture Summit, Webinar On-Demand
Public Policy Coming in from the Sidelines? It’s Already In!
Managing Technical Debt: Nine Policy Recommendations
The Public Clouds Are Coming Faster
A Policy Maker’s Definition of Technical Debt
New Research
Copyright © 2022 Arthur D. Little  |   All Rights Reserved. Privacy Policy | Terms of Service