The Era of the Hub Economy 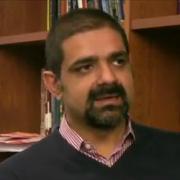 Harvard Business School Professor and Cutter Fellow Karim Lakhani highlights how a small number of “hub firms,” such as Amazon, Alibaba, Facebook, Google, Apple, and Microsoft, are dominating and disrupting traditional businesses by leveraging their network-based strength to gain market share. Lakhani offers advice on competing with these hub firms and laments the need to examine future prospects in the context of the hub economy.

Business models for creating and capturing value are shifting, giving rise to the new “hub economy,”1 in which networks and data are the organizing principles. This, in turn, is creating a winner-take-all world, where a small number of hub firms, such as Amazon, Alibaba, Facebook, Google, Apple, and Microsoft, dominate. The hub economy is disrupting traditional businesses — from retail to automotive, hospitality to health, manufac­turing to finance — across the spectrum.

The nature of competition in the hub economy versus the economy of the past drives much of the change. While increasing its customer base offers traditional product and service firms clear advantage early on, this competitive advantage diminishes after a certain point, making ongoing competition possible. In con­trast, platform businesses like Amazon and Google benefit from increasing returns as their user base grows. Moreover, successful hub economy firms can leverage their network-based strength to enter and win in new markets, as Amazon has demonstrated repeatedly.

Once a hub firm benefits from increasing returns to scale, enabled by increased computing power and the fast-rising number of users, it has a competitive advantage as it enters new markets — creating a “digital domino effect.”

Google provides an illustration in the mobility sector, where it has set its sights on the automotive market via autonomous vehicles that make use of Google’s superior network and data in the mapping and location services sphere.

Another example is the three-year-old Alibaba spinoff, Ant Financial. Building on Alibaba’s user base, Ant Financial has successfully commoditized traditional financial services. With more than a half-billion users, it has shifted a portion of the Chinese financial sector to its own platform. Ant Financial also exemplifies the successful rearchitecture of a traditional industry, from product-driven to network-driven.

Amazon’s acquisition of Whole Foods, and rumored plans to acquire Target, show how digital dominance can lead to an aggressive play in traditional brick-and-mortar industries. Facebook and WeChat are competing with telecom service providers, while Google, Spotify, and Apple have become dominant players in the music industry.

Denial Is Not a Strategy 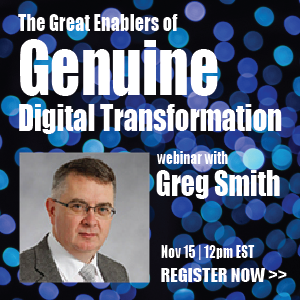 Many senior leadership teams believe that changes to their industry will take longer than expected and that there will be latitude to retain their old business model. But that optimism is unfounded. Executives must recognize and accept the shift — and put a new model in place as quickly as possible. While incumbents have the advantage of IP, assets, cash flow, and technical talent, too often established firms are unable to make the cognitive, strategic shifts required. This is not a new phenomenon, as Harvard Business School case “The Rise and Fall of Nokia” teaches. And Nokia hasn’t been alone; BlackBerry and Palm were also too slow to see the rearchitecting of their marketplace and were ultimately driven out of the mobile phone business by Apple and Google.

Some companies are responding by creating their own platforms and becoming hubs themselves, as GE did with the creation of GE Digital and the development of its Predix platform for Internet of Things solutions. The latter built on GE’s earlier move toward contract service agreements that involved total operational management of an asset (i.e., preventive maintenance and repairs). GE Digital focuses on an outcome-based business model, where data collection, synthesis, and analysis allow for real-time, predictive solutions for products as diverse as jet engines, oil rigs, medical systems, and rail.

Another competitive response is for companies to offer their services and products on multiple hubs. Multihoming, which allows for enhanced Internet connectiv­ity by configuring a computer with multiple network interfaces and IP addresses, allows participants in one hub ecosystem to join another, thereby reducing hub dominance. An example is retailers supporting multiple payment systems, including Google Wallet, Apple Pay, and Samsung Pay. Strategic cooperation by non-hub firms can also help combat hub dominance, as the open source movement did in the face of Microsoft’s monopolistic threat. In addition to allowing for the survival of more players, diversification also reduces system risks.

Regulators may step in, too, but each company ultimately needs to examine its own prospects in the context of the hub economy. While the risks are new, revenue creation and capture opportunities also abound for players that forge their future business strategies with a clear view of emerging digital drivers.

1 This article is based on the author’s previous work with Marco Iansiti: “Managing Our Hub Economy” (Harvard Business Review, September-October 2017).

Karim Lakhani
Karim R. Lakhani is a Cutter Consortium Fellow, a Professor of Business Administration at the Harvard Business School, the Principal Investigator of the Crowd Innovation Lab and NASA Tournament Lab at the Harvard Institute for Quantitative Social Science, and the faculty co-founder of the Harvard Business School Digital Initiative. He is the creator of, and delivers, the Cutter Consortium Digital Transformation & Innovation Bootcamp and… Read More
More Articles Like This
The Cutter Edge: Competing in the Hub Economy
Follow the Leaders: The Hub Economy Sets Its Sights on Southeast Asia
The New Rules of Digital Business Strategy
The Inventory Hub
The Cutter Edge: How is Blockchain Being Implemented in the Enterprise?