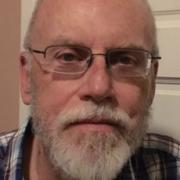 Last year, I declined to make specific predictions about specific technologies, what they’d disrupt, and their impact on society — a decision based on a mix of humility and cowardice. Instead, I made three predictions about challenges in the environment in which IT exists. These challenges have only become more real, making the predictions at least directionally accurate. My previous predictions are italicized below with updated comments added.

Challenges in the IT Environment (Update)

The increased frequency of hacking into company and government computers and the data theft we’ve been seeing will result in more and stronger actions on the security front. This is surely ongoing, but the headlines this year were grabbed by the apparent ease of hacking into email accounts. People have been warned for years not to put anything in emails they’d be embarrassed to have made public; perhaps now they’ll believe it, especially well-known people in sensitive roles where there are lots of “gotcha” players. It’s unprovable but surely possible that the recent US election was swayed by Hillary Clinton’s email problems and likely Russia-based hacking into the Democratic National Committee’s correspondence. More intensive action to better hack-proof the technology should be expected and is most likely already underway. That said, total impenetrability conflicts with governments’ desire for access when chasing down criminal and terrorist activity, as mentioned in item 3 below. In the broader world, security will remain fertile ground for clever innovators. As with any form of crime, hacking’s modus operandi will remain a moving target, making this a safe long-term prediction.

The Wild West of social networking will start to be tamed as concerns regarding its use by really bad people for really bad purposes … will call into question the libertarian paradigm in which it has thus far operated. This is happening at a rapidly accelerating pace, driven in recent weeks not so much by threats from terrorists as by the proliferation of false news posted on Facebook and other social media platforms, combined with the sobering realization that a huge proportion of the US population gets its news solely from such social networks. The planting of fake news has even been automated in the form of chatbots.

Again, close elections can be swayed by the kind of deliberate, supermarket tabloid–worthy misinformation that would never pass muster in responsible media outlets. Providers of social networks will have much more trouble making the case that they’re just common carriers with no responsibility for what passes through their servers. Indeed, at least one major player is already backing away from this increasingly indefensible stance.

Figuring out how to vet what purports to be news while avoiding even the appearance of bias or crossing the line into censorship will be a challenge. Algorithms need to be developed, but they will never be able to do the whole job, as evidenced by the incident in which Facebook briefly took down the iconic 1970 image of the naked, fleeing, napalmed Vietnamese girl as if it were child pornography. Facebook and the like’s business model probably never accounted for such a relatively labor-intensive task, whether done by staff or contracted out. That said, there will be substantial demand for ever more sophisticated algorithms that can adapt as the originators of fake news try to stay ahead of them.

In the wake of the Paris and San Bernardino attacks of late 2015, governments had a stronger argument for the mass collection, storage, and analysis of metadata and their ability to decrypt actual data. In the area of decryption, high-profile situations failed to produce broad policy, with individual cases being treated on an ad hoc basis. With a new president in 2017, it remains unclear at this point how the US government’s positions and policies will evolve as the tensions among libertarianism, privacy, and the national security state play out. Whatever materializes, I stand by my previous prediction that opportunities will keep emerging for inventors and purveyors of sophisticated algorithms and heuristics to analyze the metadata and whatever is decrypted. Expertise in search and pattern recognition in both text and images will be good to have.

Paul Clermont
Paul Clermont is a Senior Consultant with Cutter Consortium. He has been a consultant in IT strategy, governance, and management for 40 years and is a founding member of Prometheus Endeavor, an informal group of veteran consultants in that field. His clients have been primarily in the financial and manufacturing industries, as well as the US government. Mr. Clermont takes a clear, practical view of how information technology can transform… Read More
More Articles Like This
Technology Forecasting Is Not Just About Technology
The Cutter Edge: Artificial General Intelligence: Threat, Opportunity, or Unknown?
Project Management in 2017
AGI: A Threat, an Opportunity, or an Inevitable Unknown for 2017?
Digital Transformation in Asia-Pacific, 2017