AGI: A Threat, an Opportunity, or an Inevitable Unknown for 2017? 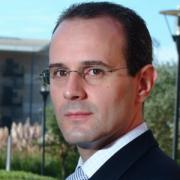 Artificial general intelligence (AGI) is currently emerging as an area where recent developments are likely to have a major impact on the way organizations do business, societies organize themselves, and even on how we address values and ethics.

The fact is that AGI already exists in our daily life. A common example is the GPS systems present in many new cars manufactured today; and let’s not forget the drones being used to deliver pizzas and cars that drive themselves. While automatic pilots have been used in commercial planes for quite some time, what AGI is about to offer to general business and human activity is well beyond what most of us have seen so far.

Developments in AGI are moving artificial intelligence to a point where learning to learn is becoming ever more a reality, and it can be applied to machines, or robots, to enable them to carry out common daily activities that are either too tedious, dangerous, or otherwise difficult for humans to perform. Robots can do them better, with no life-threatening risks, and they do not get bored with repetition. In fact, they will learn rapidly from repeating tasks — or better said, challenges.

This process of automation and optimization via ­”intelligent machines” (which we can call “AGI-enabled” or just “AGIs”) creates immense opportunities for the software and hardware industries to deliver ever better-performing robots, drones, self-driving cars, and so on. It also creates even more opportunities for all kinds of businesses to make use of this new resource, which will inevitably become more cost-efficient and less problem-prone as compared to humans.

AGIs can be seen either as an opportunity for “healthy” applications or as a major threat to human welfare. On the opportunity side, we can consider humans being freed to work less time and/or do more intellectually interesting work. We can expect improvements in medicine, space exploration, security, and services in general. At the physical level, robots may perform dangerous tasks on our behalf or perform error-prone complex activities (e.g., air-traffic control) more reliably. Information security is also likely to improve, since information and data protection is becoming increasingly based on complex algorithms for surveilling and detecting potential intrusions.

Another potential benefit is reduced consumption of natural resources owing to the overall increase in efficiency. In a finite world, there is a growing focus on more “intelligent” use of the available resources via reuse/recycling, waste reduction, and shifting to renewable energy. The challenge to achieving sustainability is that the high rate at which current economies consume and waste resources (to the point where they even depend on unnecessary waste and consumption) seems to outpace by far their capability to develop, improve, and mass-deploy the technology required for sustainable alternatives. Automation and optimization, both of which lie at the very heart of AGI, are key factors in increasing energy efficiency and reducing waste.

Consider the example of the energy required to control the temperature in office buildings and houses. Today a massive amount of energy is consumed unnecessarily due to the lack of intelligent and automated control of the energy-supplying systems, just because humans are unable to perform continuously and in real time all the activities required to minimize the use of energy and optimize available renewables (e.g., solar energy). Or consider self-driving cars, which operate in a much more efficient way than human-driven vehicles do, thus consuming less fuel. It is not hard to see that an AGI — conceived and developed to apply all its fast-performing intelligent capability to a specific problem, with no interference from emotions or a legacy of outdated behavioral genes — will easily outperform humans both in effectiveness and efficiency.

Fukoku Mutual Life Insurance must have seen this, too, because at the very outset of 2017, the Japanese insurance firm announced that it would replace 34 of its staff members with an AI system that can calculate insurance claim payouts. The firm believes that the IBM Watson–based system will increase its productivity by 30%. Meanwhile, “three other Japanese insurance companies are considering adopting AI systems for work like finding the optimal cover plan for customers.” Moreover, a 2016 study by the World Economic Forum predicted that the advent of AI and robots “will result in a net loss of 5.1 million jobs over the next five years in 15 leading countries,” whose economies account for approximately 65% of the total global workforce.

Is this job loss the “threat” side of AGI? Not necessarily. I believe human societies will realize the benefits of having AGIs perform ordinary, supporting, and logical activities, which they can do much better than humans while consuming fewer resources and producing less waste. In turn, humans will naturally tend to focus on organizing their lives around intellectual and creative work, which is much less prone to consuming unnecessary resources and producing waste, while increasing overall welfare significantly.

That said, AGI does pose major perils, which can be grouped into three categories:

The last possibility is the least likely in the new year ahead, but perhaps one that deserves our immediate consideration.

In 2017, we will see AGI continuously entering our daily life. In my view, this will produce some interest­ing breakthroughs in the commercial business world, mainly through the emergence of new product concepts. While we may tend to welcome these wonders of technology, we must keep in mind that long-term “misusage” of AGI could also lead to irreversible negative consequences in our global human society.

Organizations that start thinking early on how to ­transform their businesses to embrace AGI will prevent the serious risk of rapid obsolescence (remember what happened to Nokia for not embracing smartphones soon enough). The true potential of AGI is most likely already being devised by a few organizations. When the mass market starts using AGIs as a commodity to support its business models (as Fukoku Mutual Life has done), AGI will become a game changer. The trend will be to have some form of intelligence embedded in most products we use for work and leisure.

Alexandre Rodrigues
Alexandre Rodrigues is a Senior Consultant with Cutter Consortium and a member of Arthur D. Little's AMP open consulting network. He is Executive Partner of PMO Projects Group, delivering advanced project management training and consulting services to clients worldwide. Dr. Rodrigues has more than 25 years’ experience in project management and has lead the implementation of earned value management (EVM) systems for multibillion-dollar projects… Read More
More Articles Like This
The Cutter Edge: Artificial General Intelligence: Threat, Opportunity, or Unknown?
Technology Trends, Predictions, and Reflections 2017 — An Introduction
The IT Scene in 2017
Cybersecurity in 2020
The Inevitable Transparency Challenge